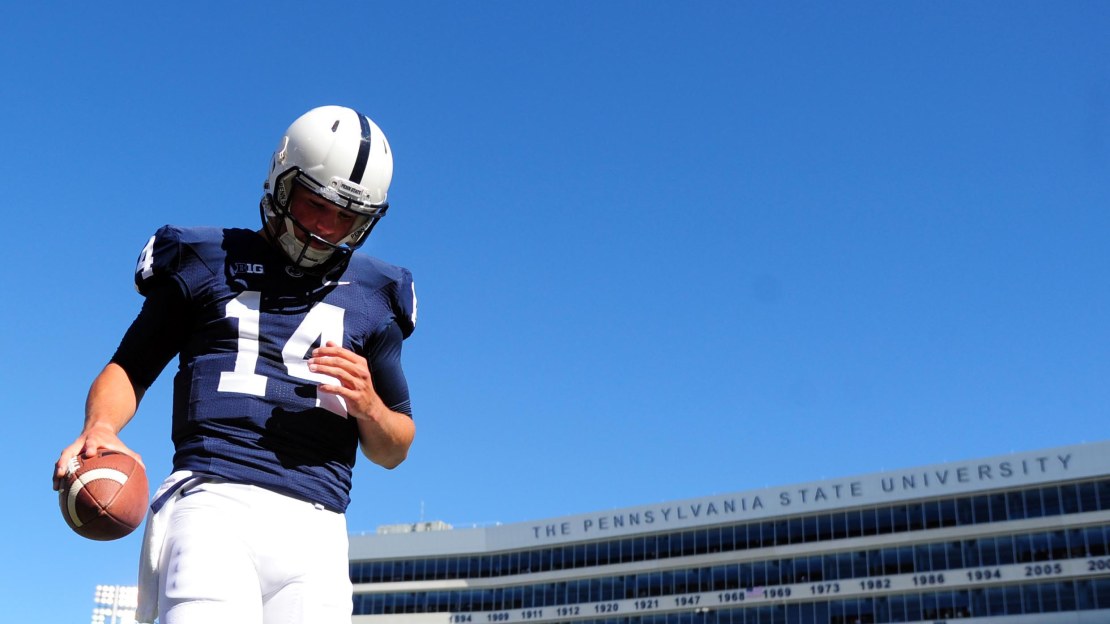 James Franklin?s debut in State College, Pa., was a weird mix of possibilities, excitement, desperation, angst, anxiety and finally, relief. That crazy cocktail culminated in an intoxicating 6-6 ride that will see the Nittany Lions in a bowl for the first time since 2011, as the NCAA lifted the program?s postseason ban back in September.

The season began with the glow of a 4-0 start, and then was turned sideways with a four-game losing skid before Franklin?s team got to six wins with consecutive victories vs. Indiana and Temple. PSU proceeded to take the air out of that by ending with back-to-back defeats.

And so it went during a season that forever will be remembered for excellent defense, a struggling offense, and a lack of depth and talent, which took a toll on the roster.

High point: The Nittany Lions jetted out of the gates, forging a 4-0 start that began with a comeback win vs. UCF in Ireland and was highlighted by an emotional 13-10 triumph in prime-time at Rutgers on Sept. 13 that featured another late game-winning drive. It was the first Big Ten game ever for the league newbie Scarlet Knights. And they were jacked out of their mind to knock off Penn State in hopes of making this a rivalry. But QB Christian Hackenberg engineered a game-winning, six-play, 80-yard drive that was highlighted by passes of 53 and 23 yards to Geno Lewis after the Nittany Lions took over with 3:02 to play. Bill Belton capped the drive with a five-yard touchdown run. The possibilities for this team seemed endless.

Low point: Penn State saw its 4-0 record melt into a sobering 4-4 reality after a 20-19 home loss to Maryland on Nov. 1. The game forever will be remembered for the Terps? captains not shaking hands with the Penn State captains at the opening coin toss. Maryland was penalized for unsportsmanlike conduct and subsequently reprimanded by the league office. No matter, the Terrapins kicked a 43-yard field goal with 51 seconds left to steal the win, as Maryland notched its first-ever triumph at Penn State and just its second win in the 38-game series vs. the Nittany Lions. (The teams hadn't played since 1993.) The possibilities for this team didn?t seem so endless now.

Offensive MVP: There weren?t many highlights for an attack that finished last in the Big Ten in scoring (19.8 ppg) and last in total offense (325.5 ypg). That said, kicker Sam Ficken was one of the conference's best at his position. The veteran kicker nailed 23-of-28 field goals (82 percent) and drilled all 24 extra points. It was a fantastic final campaign for a guy who started his career with so many well-documented struggles.

Defensive MVP: This goes to first-team All-Big Ten LB Mike Hull, a senior who was the heart and soul of one of the top defenses in America and led the Big Ten in tackles with 134. In fact, without Hull and this defense, the Nittany Lions would not be bowling. PSU is No. 1 in the nation vs. the run (84.8 ypg). Penn State also leads the Big Ten in scoring defense (17.7 ppg) and total defense (269.8 ypg). Take a bow, Hull. You are a true stud who upheld Penn State?s rep as ?Linebacker U.?