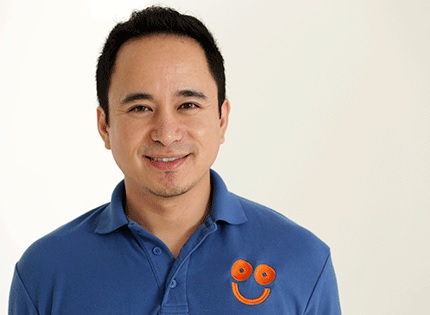 Finance can be a daunting subject. Just ask Jason Vitug.

Just seven years ago, he was a full-time student at Rutgers University who also worked 60-plus hours a week at the Newark Liberty International Airport to help pay his tuition. And at one point, he had $78,000 in unsecured debt due to a variety of education and living expenses.

A self-made financial motivator and ?lifestyle engineer,? Phroogal is part of Vitug?s mission to give everyone the same opportunity he?s been granted - ?to live life richly.?

?What?s interesting is that I was working in airport lounges serving drinks, cleaning toilets and studying in the kitchen,? he said. ?Six or seven years later, I am going to those same clubs. I?m talking to people who are working there now, sharing my experience.?

And that experience is definitely unique. Raised in a household that he described as comfortable but far from wealthy, Vitug grew up in Elizabeth, N.J., on the outskirts of New York City. Though he said he didn?t know much about money growing up, the bachelor?s degree in finance he earned from Rutgers helped remedy this lack of knowledge.

Spending the early part of his career working in credit unions furthered his financial education.

?I was having conversations with people of different socio-economic backgrounds, finding out why they were handling money the way they were there,? he said. ?I learned where to access information. I learned to listen to certain people.?

In 2009, he became vice president of marketing and development at a credit union in the San Francisco Bay area. Having developed a thirst for sharing financial expertise, he delivered seminars on workplace financial literacy at more than 60 locations nationwide. For that effort, he was recognized by the Society for Financial Education and Professional Development.

Before he had turned 30, Vitug had achieved the kind of professional success that many people spend all their lives working toward. Yet, he wasn?t satisfied. He recalled thinking, ?Am I making the right choices? I love my job, I love the people I work with, but there is something missing.?

At 29, he took a break from his career to travel for several months. And that changed everything for him.

It was during this trip that he visited centuries-old ruins of the ancient Bamar civilization in Bagan, Myanmar. The historic, far-flung setting inspired him to think about his path up to that point, and how he could have an even greater impact.

?I thought to myself, ?I am living my dream, but why am I the only one out here? What got me to this point??? he said. ?There was a lot of self-reflection. I thought about how a lack of reliable financial information is what causes so many people to struggle.?

It was that experience that led him to develop the idea behind Phroogal: democratizing financial knowledge by removing the search monopoly on information relating to investing, budgeting and other monetary topics.

Phroogal got its initial funding from a campaign on Indiegogo, a crowd-sourcing platform that allows people to contribute to others? projects. With 541 supporters, Vitug was able to hire programmers and build his team. They are already at work on version 1.0, which visitors can expect next year. His goal is to have it be the ?simplest way to learn about money and improve your life.?

Though anyone can take advantage of Vitug?s efforts to make finance accessible and comprehensible, he?s specifically trying reach members of his own generation - millennials, a group that?s been hit hard by a combination of unemployment and debt ever since they entered adulthood. He felt Phroogal would be a great platform for reaching people who, like himself, love to communicate and collaborate online.

[btn-post-package]Vitug believes the site?s ?relevant and reliable? financial guidance will help people improve their quality of life. When asked what would make him feel as though Phroogal reached its full potential, he answered ?When I am attending an event or a party and a person says ?Go Phroogal it.??

Phroogal is not the only venture Vitug?s taken on since his career epiphany. He?s also established himself as a speaker and author. (He?s now working on a second book, titled ?The Yolo Budget: Defining Your Purpose and Living Wealthy.?)

He?s also eager to be part of a budding entrepreneurial program at Rutgers, one that would allow him to share his experience with alumni and students. Vitug wants to give back to the university, which is, as he put it, ?part of who I am.?