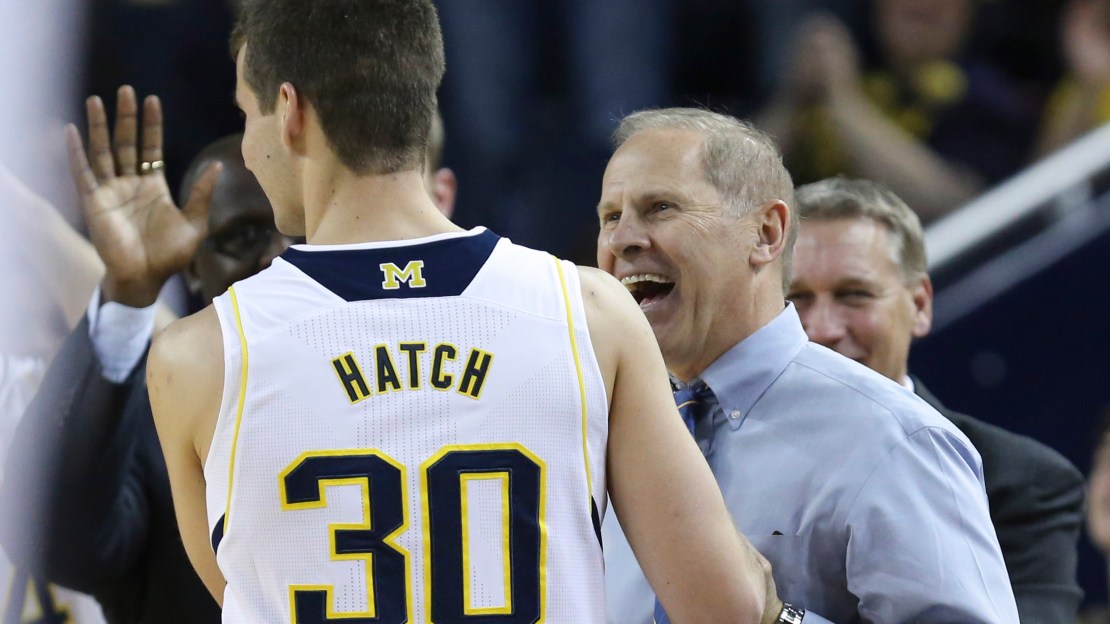 That was an exhibition game, though, meaning Hatch entered Michigan's non-conference finale vs. Coppin State on Monday night with zero career points.

He also attempted his first career field goal, a missed 3-pointer that his teammates and the fans tried their best to will in.

The fact Hatch has gotten here, to the point that he can get on the court and score, is unbelievable. It was just three years ago, after all, that the second plane crash left Hatch in a coma and forced him to relearn how to do pretty much everything.

You can bet Hatch is enjoying it all. Check out the smile on his face as he prepares to shoot the free throw that he made.

Austin Hatch with a smile on his face as he shoots a ft and scores his first official college point pic.twitter.com/2GjPfW08Xi

The smile only got bigger after he entered the scoring column and received congratulations from his teammates on the floor.

John Beilein was pretty happy, too.

I look forward to the day when Austin Hatch can enter a game, score, and it not be a big deal. Not there yet, but we will be soon.

Austin Hatch playing/scoring in a college basketball game will never get old. #chills