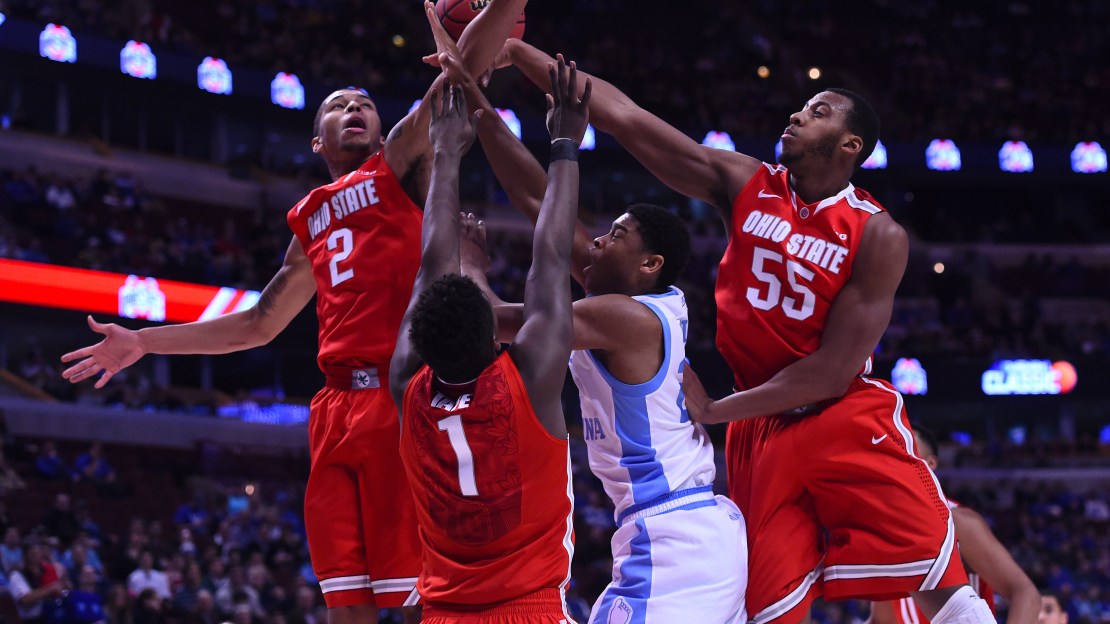 CHICAGO — Thad Matta and Ohio State threw everything they had at North Carolina on Saturday afternoon in the CBS Sports Classic at the United Center.

A zone defense, a man-to-man defense, even a full-court press, but nothing seemed to work in the 82-74 loss.

The 24th-ranked Tar Heels dominated the 12th-ranked Buckeyes down low, to the tune of a 34-20 advantage in paint scoring and a plus-13 rebounding margin.

At 9-2, and with both losses against the only two ranked teams they've faced (lost at Louisville in ACC/Big Ten Challenge), it's hard to tell what kind of team Ohio State is.

He?s right. In addition to the issues down low, the Buckeyes shot just 35 percent from the field (25-of-72).

When asked if he was getting enough production from his big men, Matta responded, ?We want to get an inside game established, but there?s got to be that element of consistency of knowing what we're going to get at all times.?

It?s going to be awfully tough for the Buckeyes to win with those kind of numbers, especially against the likes of Wisconsin, Iowa and Purdue, three Big Ten foes with exceptional size.

?We just didn?t rebound the ball well," Ohio State senior Sam Thompson said. "We felt that our pressure did what we wanted it to do, but we didn?t rebound. We knew they were going to shoot a ton of 3s and if they weren't shooting a great percentage, the game would be won on the backboards, and we didn?t do a good job of doing it.?

Yes, the Buckeyes have lost their only true tests this season. But don?t fool yourself for a second and think they don't have the talent to be a factor in the Big Ten.

Freshman standout D?Angelo Russell is one of the top young stars in the country, despite his struggles shooting the ball on Saturday. He shot just 4-of-17 from the field and finished with 11 points against the Tar Heels.

?I think all of our guys knew how good he was and we tried to emphasize to stay in front of the basketball,? North Carolina coach Roy Williams said of Russell. ?We hit him on a day where he missed some shots that he would normally make, and hopefully we bothered him a little bit.?

Ohio State will close out the non-conference season against Miami (OH) and Wright State. Neither of those games provide the Buckeyes with a chance to make a statement before tipping off Big Ten play Dec. 30 vs. Iowa.

?I don?t want to say it?s early, but it?s still December and we?ve got January, February, March to still play basketball,? Matta said. ?How much better can we get in that time??

That is the million dollar question, and one that every Buckeye hoops fan can?t wait to get answered.