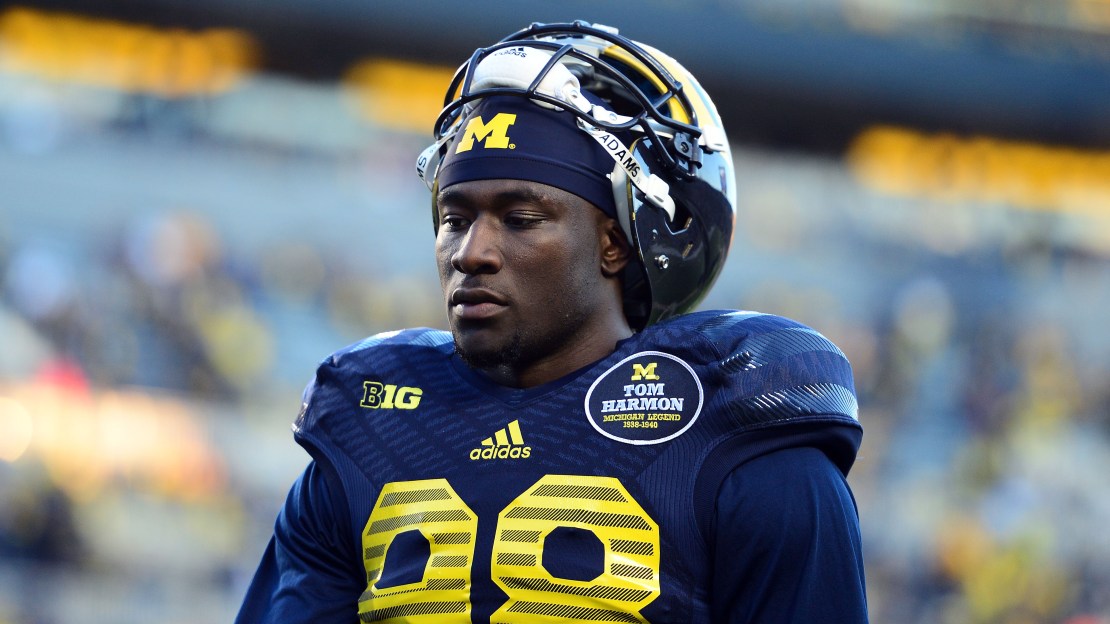 The 2014 season proved to be the farewell opus for Brady Hoke, who was told to clean out his desk and hand in his key card after a turbulent four-year journey at Michigan that began amid the promise of an 11-2 season in 2011 capped by a Sugar Bowl win. Seems like 100 years ago, doesn?t it?

The Wolverines sunk from there, going 8-5 in 2012 and 7-6 in 2013 before the 5-7 disaster of 2014 that brings us to this seminal point in Michigan grid annals. The school brass can?t afford to swing and miss on the next leader of the program, especially with Ohio State and Michigan State well-oiled machines in the Big Ten East and Penn State gaining mojo.

This past season will best be remembered for an inept offense on the field and P.R. disasters off of it for a program that?s at a crossroads.

High point: Michigan was riding a three-game losing skid with the season on the brink with Penn State coming to Ann Arbor on Oct. 11. But the Wolverines gutted out an 18-13 win behind the spirited play of a defense that yielded just 214 yards and QB Devin Gardner, who hit 16-of-24 passes for 192 yards with a TD while battling through a left leg injury to lead the team to a much-needed triumph.

Low point: A 31-0 loss at Notre Dame was embarrassing. And losses to Big Ten newbies Rutgers (26-24) and Maryland (23-16) left many die-hards shaking their heads. But Hoke probably sealed his fate with a 30-14 home loss to Minnesota on Sept. 27. Losing to the Golden Gophers is bad enough-Minnesota had beaten Michigan just three times in the previous 42 meetings. But that humiliation was topped by the Wolverine staff allowing QB Shane Morris to somehow re-enter the game after suffering an apparent head injury. The backlash was swift and forceful, playing a part in both Hoke and A.D. Dave Brandon eventually losing their jobs.

Offensive MVP: This offense never got on track under new coordinator Doug Nussmeier, who was paid $830,000 to push the buttons on an attack that finished 13th in the Big Ten in scoring (20.9 ppg) and 13th in total offense (333.0 ypg). So, there weren?t many ?MVPs.? Let?s go with wideout Devin Funchess, a converted tight end who made a team-high 62 catches for 733 yards and four TDs. But after catching three TDs in the opener vs. Appalachian State, Funchess had just one touchdown reception. The junior has declared for the NFL draft.

Defensive MVP: This is easy-it?s LB Jake Ryan, a consensus first-team All-Big Ten selection. He was all over the field, ranking second in the Big Ten in tackles with 112 and sixth in tackles for loss with 14. The fifth-year senior may have been an even better leader than player during what has been a trying time for the Michigan program.