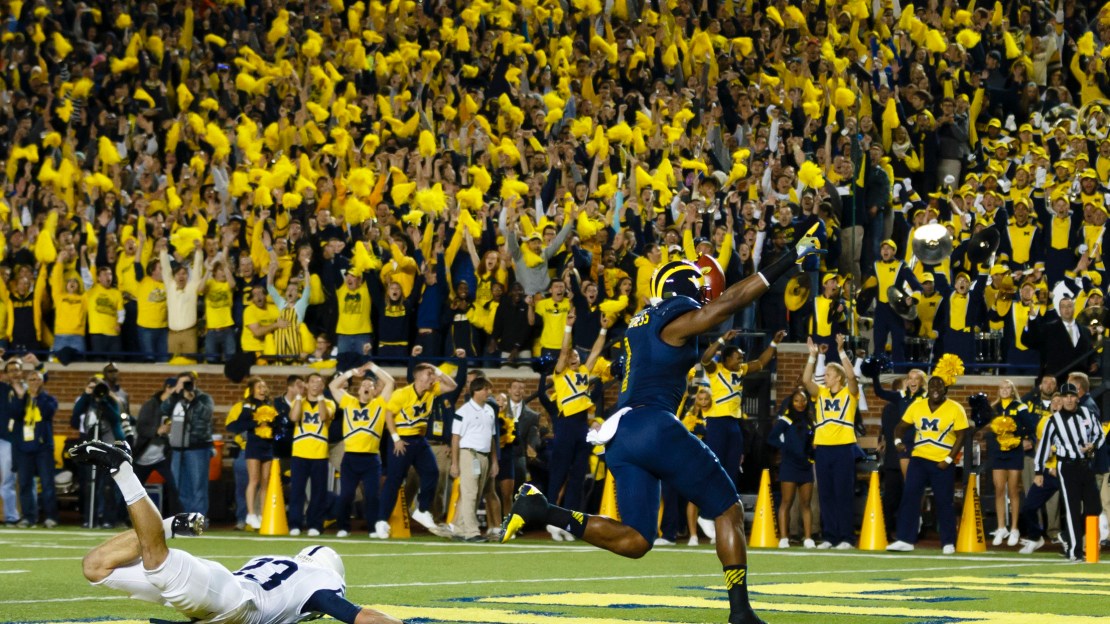 Leading the way is Nebraska DE Randy Gregory, who McShay has going No. 4 overall to the Oakland Raiders.

"The Raiders need an edge rusher, and the presence of Gregory and Khalil Mack along the same front seven would create problems for opposing offensive lines for seasons to come," McShay said. I actually have a slightly higher grade on (Shane) Ray than I do Gregory, but Gregory has the length to be a better fit as a 4-3 right defensive end.

Gregory is not the only Big Ten player projected to be a top 10 pick. McShay has Iowa OT Brandon Scherff going No. 10 in the draft to the Carolina Panthers

"Scherff reminds me a lot of Zack Martin, the Cowboys' first-round pick at No. 16 overall in the 2014 draft, in that he could be a good starting right tackle in the NFL or a great starting guard," McShay said. "He possesses excellent strength and toughness, and is perfectly wired for life as an NFL offensive lineman.

"The Panthers really need to get better in pass protection for QB Cam Newton, as they haven't done well this year following Jordan Gross' 2013 retirement. Byron Bell has been just decent at left tackle, and right tackle has been a problem area with Nate Chandler and now David Foucault."

Here is a look at where other Big Ten players landed on McShay's Mock Draft: