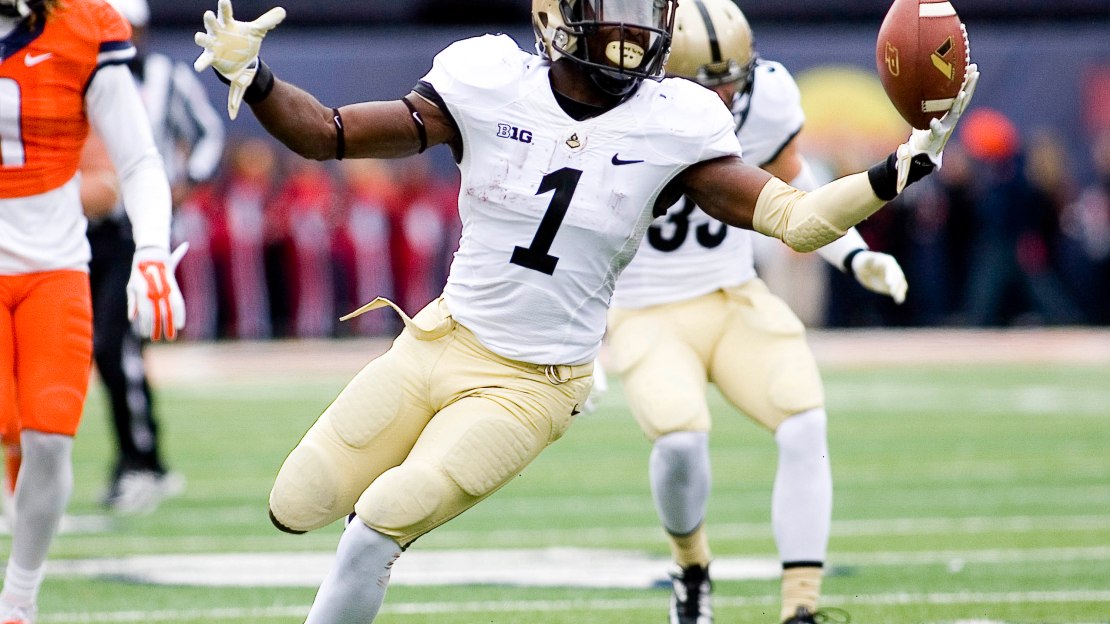 Year Two of the Darrell Hazell era brought progress for a program that had nowhere to go but up after 1-11 overall and 0-8 Big Ten marks in 2013. Still, there wasn?t much to shake your Black and Gold pom-pom about in 2014.

Inconsistent quarterback play, a lack of difference-making receivers and spotty play along the defensive front seven were the biggest culprits that made this another long season in West Lafayette.

Attendance and interest lag for a program that has now missed the postseason for consecutive seasons while also posting the worst record in the Big Ten for a second year in succession. You?d be very hard-pressed to find a worse two-year period in the history of the program.

Hope always springs eternal, but myriad questions still hang over Purdue as it chugs toward 2015. At the top of the list: Will this team ever find a quarterback?

High point: When you win just two games vs. FBS foes (Western Michigan and Illinois), there aren't a lot of candidates. Let?s go with the Boilermakers? 38-27 win at Illinois on Oct. 4. It doubles as Purdue?s lone Big Ten win in two seasons. Alas, after sipping from the cup of victory, the Boilers reeled off six consecutive defeats to end the season. This after losing their final 10 games of 2013.

Low point: The season-ending thud at Indiana resonates. This was a Hoosiers? club that was riding a six-game losing skid and was begging to be beaten in Bloomington behind a third-string true freshman quarterback. But Purdue?s punchless offense did next to nothing vs. one of the conference?s worst defenses, falling 23-16 with more turnovers (4) than TDs (1). So, the Old Oaken Bucket remained with Indiana for a second season in succession. (That hasn?t happened since 1993-94.) The feckless offense vs. IU continued a trend over the last four games that saw the Boilers score no more than 16 points in any game.

Offensive MVP: You can make a case for WR Danny Anthrop, a spill-your-guts player who made 38 catches for 616 yards with four TDs before missing the last three games with a knee injury. When the junior went out, the receiver corps was inept. But let?s go with RB Akeem Hunt, who almost single-handedly pumped life into the rushing attack and offense. He ran 173 times for 949 yards and six touchdowns while also pacing the team with 48 catches with two scores. Best of all, he was the quintessential big play waiting to happen, ripping off many long gainers with his speed. He was powerful, too. In coaching parlance, Hunt was a ?cut-above.? It?s scary to think what this offense would have looked like without him. Now, Hunt is gone. Uh-oh.

Defensive MVP: Senior S Landon Feichter poured his soul into his work en route to leading the team with 105 tackles and five picks. But let?s go with fellow DB Frankie Williams, a player of similar passion who was second-team All-Big Ten by the coaches and honorable mention by the media. Williams finished with 74 tackles and led the team with 10 passes defended to go with three interceptions (and a TD). The diminutive junior also led the team in punt returns.