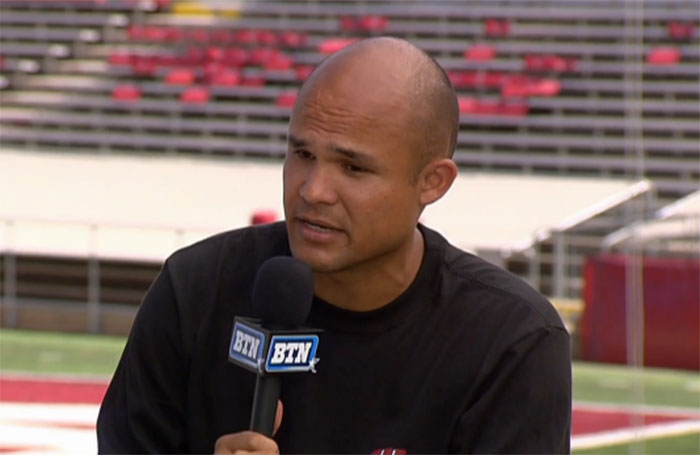 Players and head coaches have received more than their share of shoutouts since the 2014 regular season concluded.

Now, it's time to give the assistant coaches some props.

Coordinator: Tom Herman, Ohio State. Herman's star continues to rise, as he has done the best work of his career this season. He has had to prep not one, but two, quarterbacks this season. J.T. Barrett took over for injured Braxton Miller and became the best signal-caller in the league. After Barrett got hurt, Cardale Jones took over and led the Buckeyes to a win in the Big Ten title game in his first start. Add it all up, and Ohio State has thrived, ranking No. 1 in the Big Ten in scoring (45.2 ppg) and No. 1 overall (507.6 ypg).
Others: Tim Beck, Nebraska; Bill Cubit, Illinois; Ralph Friedgen, Rutgers; Matt Limegrover, Minnesota; Andy Ludwig, Wisconsin; Dave Warner, Michigan State

Running backs: Deland McCullough, Indiana. He had Tevin Coleman ready to go, helping the star junior run for a school-record 2,036 yards and average 7.5 yards per carry. The Hoosiers finished second in the Big Ten in rushing, averaging 263.6 ypg. Indiana had all of this production despite playing against defenses primed to stop the run, as the Hoosiers were 13th in the Big Ten in passing (141.4 ypg).
Others: Ron Brown, Nebraska; Thomas Brown, Wisconsin; Stan Drayton, Ohio State; Pat Poore, Minnesota; Dave Warner, Michigan State; Jafar Williams, Purdue

Receivers: Mike Bellamy, Illinois. The Illinois receivers surprised all season for an offense that finished third in the Big Ten in passing, averaging 243.2 ypg. This group excelled despite some tumult at quarterback, as Wes Lunt got hurt, came back, was ineffective and got benched in favor of Reilly O?Toole. Still, the Illini made a bowl. The play of true freshman wideout Mike Dudek was impressive, as he finished second in the Big Ten with 69 catches for 965 yards and six TDs.
Others: Rich Fisher, Nebraska; Josh Gattis, Penn State; Bobby Kennedy, Iowa; Ben McDaniels, Rutgers; Terrence Samuel, Michigan State; Zach Smith, Ohio State

Tight ends: John Donovan, Penn State. No team has an array of tight ends like the Nittany Lions. And Donovan did his best to maximize his guys for an offense that struggled mightily in most facets. Jesse James had 35 catches for 369 yards; Kyle Carter had 13 grabs for 123; freshman Mike Gesicki had 11 for 114.
Others: Jim Bollman, Michigan State; Jeff Genyk, Wisconsin; Bob Heffner, Northwestern; Tim Hinton, Ohio State; Rob Reeves, Minnesota

Secondary: Phil Parker, Iowa. He is the Hawkeyes defensive coordinator but doubles as the secondary coach, the position he earned his reputation at in coaching. Iowa was No. 2 in the Big Ten vs. the pass, allowing 175.8 ypg. Big plays were kept at a minimum for this well-schooled bunch.
Others: Chris Ash/Kerry Coombs, Ohio State; Harlon Barnett, Michigan State; Bill Busch/Ben Strickland, Wisconsin; Jay Sawvel, Minnesota; Bob Shoop/Terry Smith, Penn State; Brian Stewart, Maryland

Special Teams: Andre Powell, Maryland. His units ranked consistently across the board as some of the best in the Big Ten. And no kicker was better than Brad Craddock.
Others: Kerry Coombs, Ohio State; Jeff Genyk, Wisconsin; Jay Sawvel, Minnesota; Mike Tressel, Michigan State