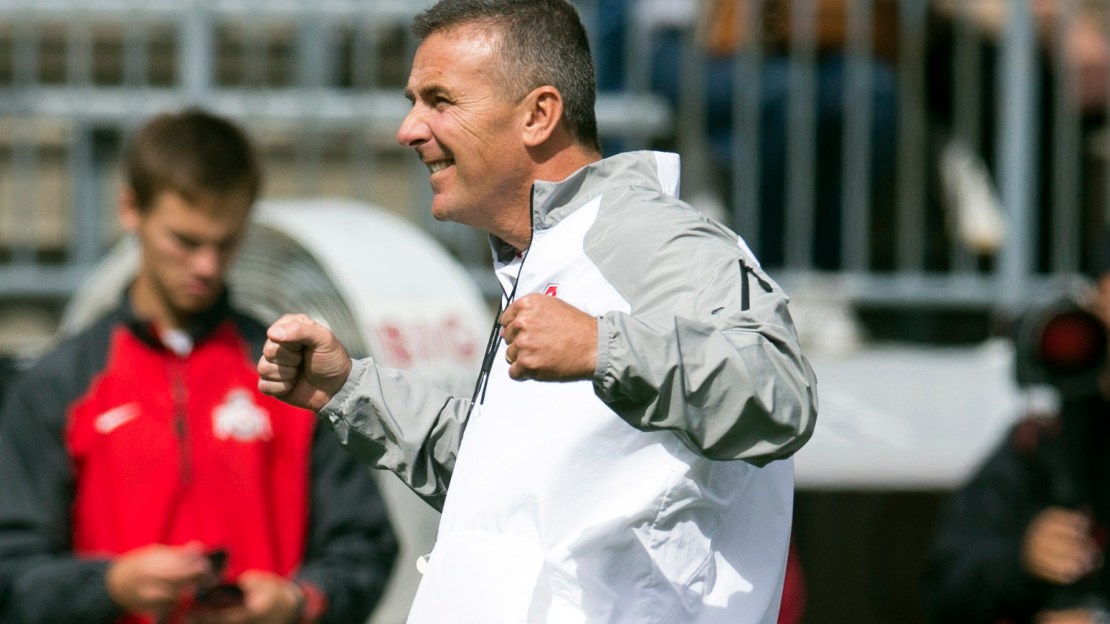 Time for me to reach into my mailbag and answer some of your cards and letters. Is coaching turnover hurting the Big Ten? Who are my early picks to win the divisions in 2015? That and more. Read on!

I know we are months from the start of the 2015 season, but could you give me your picks for each division? – Rick

Wow. Yes, it is early. We still haven?t even finished the 2014 season! What?s more: We still don?t know all the players who will turn pro; underclassmen have until Jan. 15 to declare. A few already have stated their intentions: Michigan?s Devin Funchess and Wisconsin?s Melvin Gordon. I don?t know if I am comfortable picking 1-7 in each division at this point. But here are my early, early favorites in each division: East, Ohio State. West, Wisconsin. Yep, I know, not real sexy. But who is capable of dethroning the Buckeyes in the East? Maybe Michigan State. The West should be more wide open. The Badgers have the dynamic of a new coach. Ditto Nebraska. Maybe Minnesota can rise up in 2015. No doubt, the West will be fun-just like it was this year, when it was a four-team race.

The Big Ten is a Midwest league! Why move the league hoops tournament to the East Coast? I don't understand the reasoning or the logic. It's an awful long way to travel. It just proves what I have been saying all along: It's all about money and the league doesn't care about its fans. – John

No doubt, money is important! But know this: Jim Delany long has said that the Big Ten?s roots are in the Midwest. But with the additions of Rutgers and Maryland, Delany wants to show that the Big Ten ?lives? in the East, too. Expanding the conference?s footprint is important, and playing the 2017 hoops tourney in Washington, D.C., and the 2018 tourney in New York is part of that. The basketball tourney will remain tethered to the Midwest. No worries.

I think that Gary Andersen was in over his head from the get go at Wisconsin. Some of his personnel decisions were terrible, especially his handling of Melvin Gordon and Joel Stave in the early games. I think that Stave?s "yips" problem was a direct result of how Andersen handled the quarterback situation. I also think he hurt Gordon's chances at winning the Heisman by how he managed his playing time and carries. – Ducks

Interesting points. Stave didn?t seem to respond well to the competition with Tanner McEvoy-or the news he wouldn?t be starting. But is that Andersen?s fault? It?s a coach?s job to foster competition at each position. And Stave apparently had some issues. As for Gordon ? I guess he could have had more carries early on. But Andersen was paid to win games-not earn awards for players. And Andersen did deliver a Big Ten West title.

How big a factor do you think Ohio State?s 59-0 win over Wisconsin in the Big Ten title game played in Gary Andersen?s decision to leave? Now, Andersen no longer will have to face his old boss-Urban Meyer-anymore. Plus, expectations are much lower at Oregon State. – Paul Thorson

I don?t think the lopsided loss to the Buckeyes in the league title game had any impact on Andersen bolting for Corvallis. I think he was frustrated to a degree by admissions standards. And I do think he may not have felt totally comfortable in Madison. Andersen is a ?west? guy, and this was a chance for him and his family to get back to familiar territory. As for Barry Alvarez meddling ? not true.

Do you think popularity comes into play when selecting the playoff teams? Look at Ohio State's spike in media popularity after they blew out Wisconsin in the Big Ten championship game. Could this have made an impact on its selection into the playoffs? – Jake

I do think ?name brands? may have an unconscious impact on folks when it comes to deciding which teams are better. Ohio State vs. Baylor? Vs. TCU? History tells all of us: ?Well, the Buckeyes have great tradition and usually always are good. If all things are equal, OSU probably is better.? No one ever would admit to such bias, but I think it lurks. At the least, it?s an interesting argument and discussion point.

The Big Ten likely always will be only as strong as its ?Big Four? programs: Ohio State, Michigan, Penn State and Nebraska. The league needs those four schools to be consistently good for the conference to battle with the elite. Coaching turnover hasn?t helped. Nebraska switched coaches, dumping Bo Pelini for Mike Riley. And Michigan is looking for a coach. James Franklin is in just his second season at Penn State. Heck, Urban Meyer has been at Ohio State just three seasons. Michigan State and Wisconsin also are bellwether programs, but the Badgers also are changing coaches. The Big Ten needs more stability.