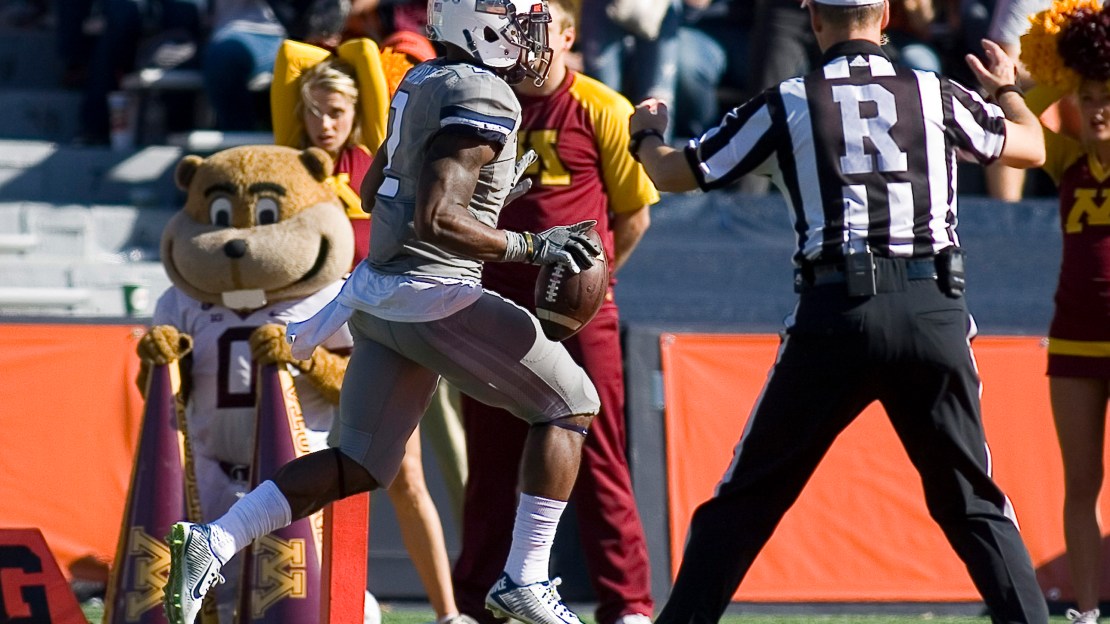 Today, it's time for Part I, the season-defining game for all 14 teams.

ILLINOIS
Homecoming win against Minnesota. That?s when the players felt they could compete against the better teams in the Big Ten. Minnesota had been a difficult team to beat for the Illini in recent years. Ron Zook?s last game as coach was a loss in Minneapolis.

INDIANA
With such an up-and-down season, I think you could answer this multiple ways. I?m going to go with the high point, which was a win at nationally-ranked Missouri. The Tigers won the SEC East, proving that Indiana can defeat some of the better teams in the country. Consistency is key, though. It?s something the Hoosiers haven?t displayed in decades. After expectations soared with a potential program-changing win over Missouri, Indiana won two games - North Texas and Purdue. The week after the victory, the Hoosiers laid an egg at home against Maryland. It was a no-show performance indicative of IU football.

IOWA
The season finale against Nebraska is as good of a place to start as any. Iowa led 24-7 early in the third quarter, allowed a ton of big plays (including an 80-yard punt return) and lost 37-34 in overtime. Iowa held a lead and let it slide away, which was the story of 2014, which ended with a 7-5 record and a home loss to a program that fired its coach two days later. Iowa held leads against Iowa State, Maryland and Nebraska, but couldn?t hang on.

MARYLAND
Maryland?s win over Michigan. The win over Penn State is up there, too.

MICHIGAN
The 23-16 loss to Maryland. Michigan had the lead and the game in the second half. Then the team self-imploded. A touchdown punt return called back. A bad decision to go for a fourth-and-6. A roughing the field goal kicker penalty. A missed field goal. A lead became a deficit and the bowl chance - along with Brady Hoke?s job hopes - left with it.

MICHIGAN STATE
Ohio State 49, MSU 37. A Big Ten championship and playoff spot were there for the Spartans, at home at night, and they couldn?t get a defensive stop.

MINNESOTA
Once the Gophers demolished Iowa 51-14, they earned a national ranking and really showed they were a West Division title contender.

NEBRASKA
Wisconsin. This was really the straw that broke the camel?s back for Bo Pelini. Nebraska was 8-1 heading into this game, but losing 59-24 to the Badgers and allowing 627 yards turned this season and was ultimately the nail in the coffin for Pelini and his staff. There were just too many moments like this for Pelini over the last four years.

NORTHWESTERN
The 10-9 loss to Michigan trumped the 43-40 overtime thriller at Notre Dame. The Wildcats offense went nowhere against the Wolverines for three quarters, and a debatable decision to go for two blew up in Northwestern?s face when two players were unable to block Frank Clark, leading to a Trevor Siemian slip.

OHIO STATE
The Michigan State win was Ohio State?s revenge game from last year?s Big Ten Championship loss and on the road against the second-best team in the Big Ten this year. Without that win, the Buckeyes would have been home watching Michigan State destroy Wisconsin in Indy last Saturday.

PENN STATE
Oct. 25 loss to Ohio State. The Nittany Lions took Ohio State to double overtime despite all of Penn State?s offensive flaws. The game proved that brighter days are ahead for the Lions and that defensive coordinator Bob Shoop?s group was for real.

PURDUE
The season-ending loss at Indiana encapsulated Purdue?s season. Close, but not quite. The Boilermakers? 3-9 record was a modest improvement after going 1-11 in 2013, but the on-field play was a significant upgrade. That said, Purdue wasn?t always able to finish games. It was a year filled with positives and shortcomings that continue to need addressed. But coach Darrell Hazell appears to have the program trending in the right direction.

RUTGERS
Rutgers was 4-1 but still feeling disrespected and smarting from a win that got away against Penn State when Michigan came to Piscataway. Senior QB Gary Nova threw for a career-best 404 yards and three touchdowns and Kemoko Turay blocked a late 56-yard field goal attempt - his third blocked kick in five games - to preserve a 26-24 win. Fans stormed the field to commemorate Rutgers? first ever Big Ten win.

WISCONSIN
I think you have to say it was the Big Ten Championship Game against Ohio State to this point. After squandering a 24-7 lead to LSU in the Texas Kickoff, the Badgers had to wait until the Big Ten title game to get another shot at a truly big win. Wisconsin had some good victories along the way to get to Indianapolis, but this program has been searching for stepping stone wins and haven?t gotten one over the past couple seasons. 59-0 isn?t indicative of how far Wisconsin is from the top of the Big Ten, but the blowout loss brought up plenty of concerns. They?ll have one more shot against Auburn in the Outback Bowl to get the type of victory that?s eluded them lately.