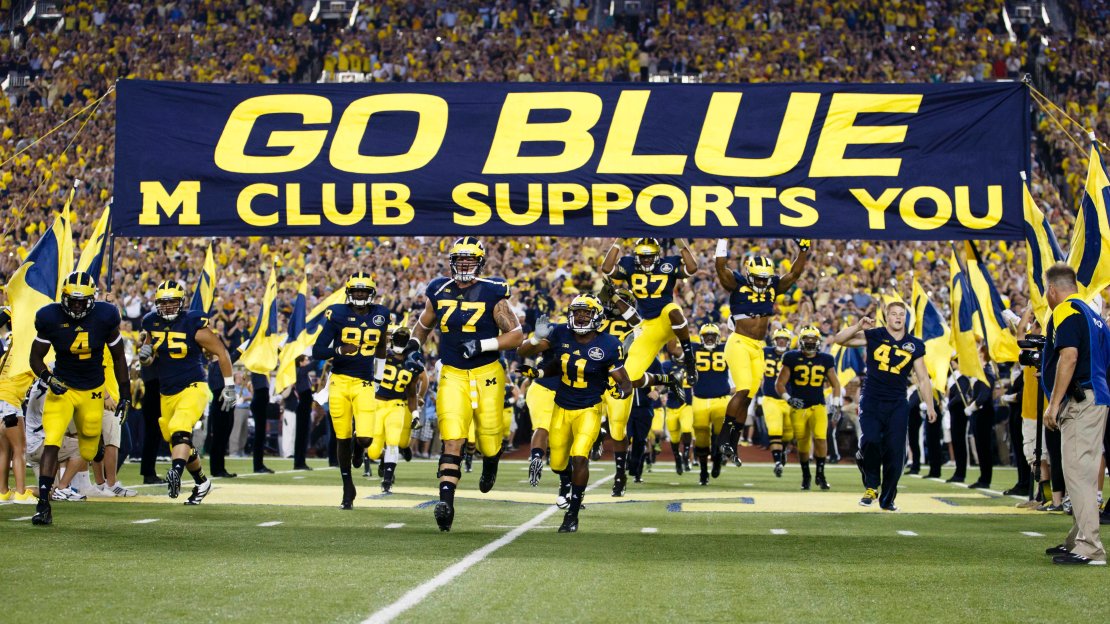 Spotted at Schembechler Hall from an MBN eyewitness reporter. pic.twitter.com/0GNBBMunqh

Michigan is searching for its next football coach. After firing Brady Hoke on December 2, Jim Hackett and the Wolverines are looking to hire the team's third coach since Lloyd Carr left.

Former Michigan quarterback and current San Francisco 49ers coach Jim Harbaugh is a popular name that, by all accounts, would be the home-run hire.

Michigan fans know it, and check out what someone did to a sign at Schembechler Hall above.

Harbaugh had huge success at Stanford, turning the program around and amassing a 29-21 record in four seasons, before heading to San Francisco, where he has gone 43-17 and led the 49ers to three straight NFC title games.

Rumors are swirling that this will be Harbaugh's final season at the helm of the 49ers, and with one season remaining on his contract, trades are being explored.