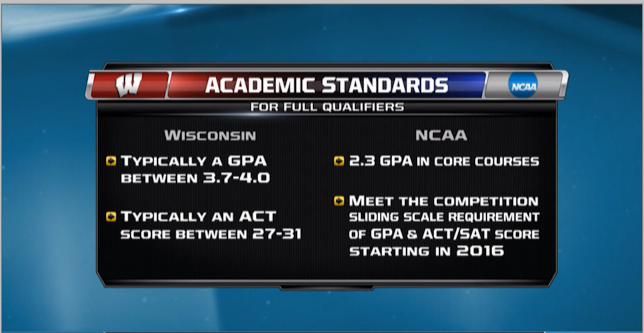 According to multiple media reports, Wisconsin is expected to name Paul Chryst as the Badgers' next head football coach.

Chryst, who has served as the head coach at Pitt since 2012, played quarterback at Wisconsin from 1986-1988. He was the Badgers' offensive coordinator from 2005-2011, which ultimately led to him landing a heading coaching position at Ptt.

In the midst of these reports, BTN's Gerry DiNardo was asked how the hiring of Chryst would differ from the Badgers' past two coaches, Brett Bielema and Gary Andersen, in the way he would approach both the job and Wisconsin athletic director Barry Alvarez.

DiNardo touched on several important points on Friday's edition of "Football and Beyond," including Wisconsin's salary structure, and more notable, the university's strict academic standards.

"We never really know why a coach leaves. All we can know is about the rumors we hear," DiNardo said. "Brett Bielema maybe had a problem with the salary structure at Wisconsin, and maybe that's why he went to Arkansas.

"Gary Andersen, there were rumors that academics were too difficult to maneuver through recruiting. Well, Paul Chryst answers those two questions, if in fact they are true."

Watch the video above to see DiNardo's complete explanation.