Best of the Big Ten bowl games: MSU vs. Baylor should be a shootout 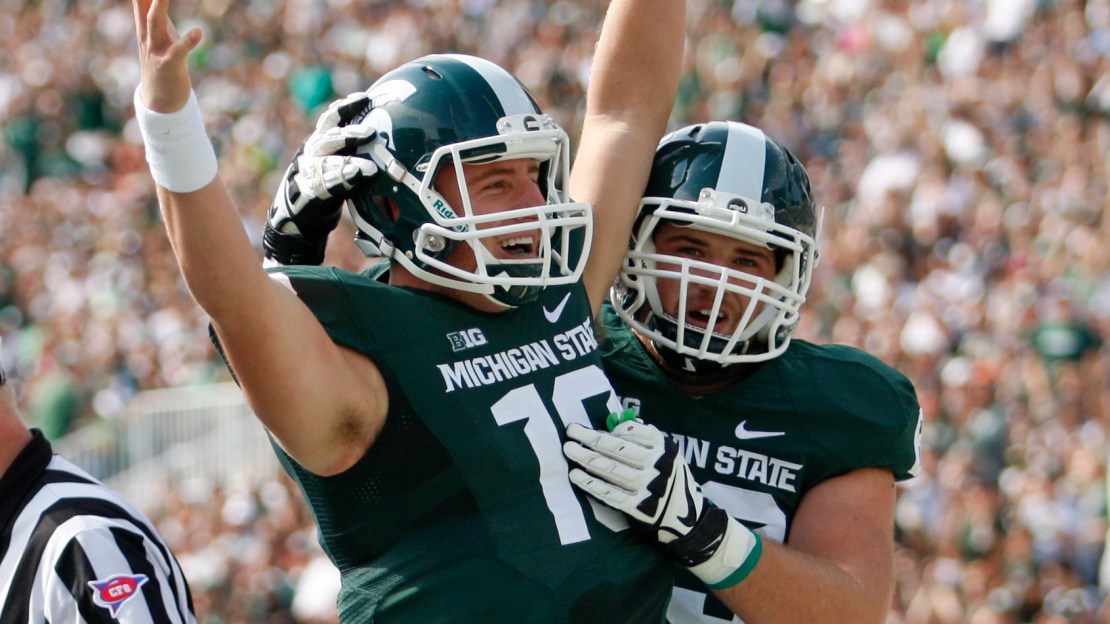 So many bowls, so little time. That?s where I come in. Think of me as your bowl concierge. Time is precious. With that said, before you go ahead and make any bowl-watching plans, check out my Best of the Big Ten Bowls list.

Best game: Ohio State?s clash with No. 1 Alabama in the Sugar Bowl takes the cake, with uber coaches Urban Meyer and Nick Saban locking horns in this playoff game. Can the Buckeyes continue their incredible run of 11 wins in a row behind third-string quarterback Cardale Jones? Win this, and the stakes get even higher in the national championship vs. Oregon or Florida State.

Best chance for a shootout: Yes, Michigan State has the No. 2 scoring defense in the Big Ten (19.9 ppg) and the program has forged its rep on that side of the ball. Still, Baylor is gonna get its points after ranking No. 1 in the Big 12 in scoring (48.8 ppg). MSU has proven vulnerable at times, allowing Oregon to score 46 points and Ohio State 49. The Spartan attack will have success, too, as it averages 43.1 points and faces a BU defense that allows 24.2 points. This game could be played in the 40s.

Best chance for an upset: Since the Big Ten is an underdog in all 10 bowls, any win will be an upset, right? Let?s go with Michigan State topping Baylor in the Cotton Bowl. I think in the end, the Spartans? talent and ability on defense will allow them to prevail.

Best chance for a slugfest: The Penn State-Boston College clash in the Pinstripe Bowl screams ?throwback.? Neither team is noteworthy on offense. In fact, the Nittany Lions are downright bad, ranking last in the Big Ten in scoring (19.8) and last in total offense (325.5 ypg). BC is 10th in the ACC in scoring (25.9 ppg) and 10th in total offense (383.8 ypg). First team to 20 points may win this one.

Best setting: With no Big Ten team in the Rose Bowl-which is a playoff site that will have Oregon playing Florida State–let?s go with the Holiday Bowl in San Diego, where it?s always 72 degrees and sunny with a slight breeze off the Pacific Ocean. Lucky Nebraska gets to play USC in this postcard city.

Best opponent: Do you really have to ask? It?s No. 1 Alabama, college football?s resident 10,000-pound gorilla. Nick Saban has led the Crimson Tide to national championships in 2009, 2011 and 2012. This is the ?it? program, teeming with talent and top-notching coaching. If Bama doesn?t bring home another crown this season, it will be a surprise. Good luck to Ohio State, which can play loose and pressure-free vs. the Tide in the Sugar Bowl. And that?s a good spot to be in for this talented Buckeye club.

Player on the spot: If Minnesota wants to deliver a win vs. Missouri in a key Big Ten-SEC clash in the Citrus Bowl, quarterback Mitch Leidner will need to have a good game. The last time we saw Leidner, he was completing just 5-of-18 passes for 95 yards in a 34-24 loss at Wisconsin that cost the Gophers a chance to win the Big Ten West. He?ll need to be productive down field throwing the ball to keep a strong Mizzou defense off balance and to create running room for David Cobb, who has rushed for 1,548 yards this season.

Best individual matchup: There are many intriguing ones to consider. Let?s go with Ohio State cornerback Doran Grant vs. Alabama wideout Amari Cooper. Grant was a first-team All-Big Ten choice who played a big role in the Buckeyes improving pass defense that lagged in 2013. OSU is No. 4 in the Big Ten vs. the pass this season (188.2 ypg); it was 11th last year (268.0 ypg). The Buckeyes pace the Big Ten with 21 picks and 40 sacks. Grant will need to keep the big plays by Cooper to a minimum. Easier said than done for a wideout who is a Heisman finalist after catching a national-high 115 passes for 1,656 yards and 14 touchdowns. Cooper is one of the best wideouts ever produced by the SEC.

Best coaching matchup: It has to be Ohio State?s Urban Meyer vs. Alabama?s Nick Saban. The two have met three times, with Saban holding a 2-1 edge back when Meyer was coaching Florida. But this one has bigger stakes than any of the other encounters, with the winner of this Sugar Bowl clash advancing to play for the national championship, an honor Meyer won twice while with the Gators (2006 and 2008).

Best coordinator matchup: Ohio State offensive coordinator Tom Herman vs. Alabama defensive coordinator Kirby Smart. Herman, 39, won the Broyles Award this season as the nation?s top assistant. Smart won the honor back in 2009. Herman?s offense ranks No. 8 in the nation (507.6 ypg). And he has proven masterful at prepping quarterbacks, turning J.T. Barrett into the Big Ten?s best signal-caller as a redshirt freshman and coaching up third-stringer Cardale Jones to win the Big Ten title game in his first career start. Smart, 38, doesn?t have a vintage Tide defense, but it?s still formidable and ranks 11th in the country (312.4 ypg). Who will win this chess match of future head coaches?