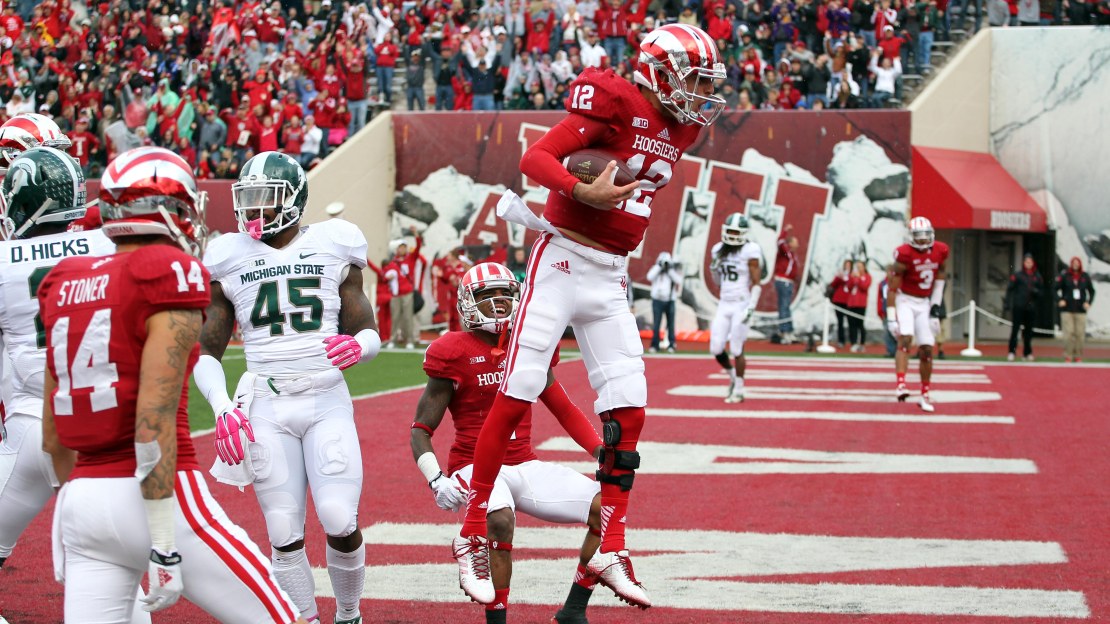 Ohio State didn?t just get to the College Football Playoff by itself. No, it got help from these five teams-according to Doug Lesmerises of Cleveland.com.

At the top of the list is Baylor, which knocked off a TCU team on Oct. 11 that likely would have gone unbeaten-and been in the playoff-if not for this defeat. You see?

It pays to have a famous father.

How good was Cardale Jones vs. Wisconsin? Very. Great breakdown here of what the redshirt sophomore did well vs. the Badgers in that 59-0 win in the Big Ten title game. I still can?t believe he didn?t commit any turnovers.

For what it?s worth-and it isn?t much-Charles Woodson wants Jim Harbaugh to be the next Michigan coach. But, he?s not too optimistic.

Marc Morehouse and Scott Dochterman of the Cedar Rapids Gazette have another ?On Iowa? podcast that talks about the TaxSlayer Bowl.

Loren Tate of the Champaign News-Gazette says while Illinois is going to a bowl, many questions swirl around Tim Beckman?s program.

At the top of the list looking ahead: Will Beckman make any staff changes? And if he makes any, when will they come? I wouldn?t be shocked if changes are made on defense.

Dan Duggan of NJ.com thinks Rutgers needs to win its bowl game vs. North Carolina to reach the next level. No doubt, it would be a good start.

Duggan says just as clinching a winning record with a comeback victory over Maryland in the regular season finale was an accomplishment, 8-5 will look much better in the record books than 7-6. Offensive coordinator Ralph Friedgen drove that point home in an impassioned locker room speech after the Maryland win.

RU continues to impress me.

The Penn State brass knows the value of playing a bowl game in New York City.

This is sort of incredible: All 10 Big Ten bowl teams are underdogs.

Tom Izzo?s Spartans are hitting 3-pointers at a record pace. But he?s not too fired up about it.

The Spartans are 83-for-187 on the year from behind the arc, hitting at a 44.4-percent clip, best in the Big Ten and No. 4 in the country. Michigan State is on pace to finish with its highest 3-point percentage since the 3-pointer was adopted full-time in 1986-87.