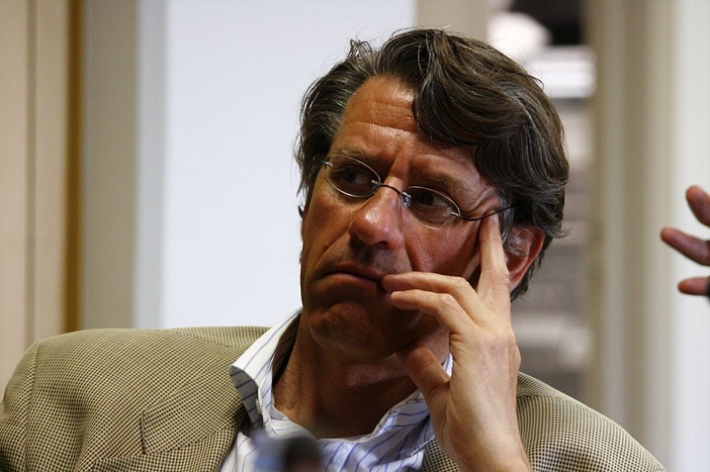 Imagine it?s the year 2025: As you sit down for breakfast, you turn on a virtual network interface with a voice command. A screen materializes in front of you, and the first thing you see are huge headlines that scream: ?Chinese Land Men on Mars: Red Planet ?Claimed? for Red China!?

It might seem farfetched, but that?s the kind of scenario that concerns Frans von der Dunk, the Harvey and Susan Perlman Alumni and Othmer Professor of Space Law at the University of Nebraska. 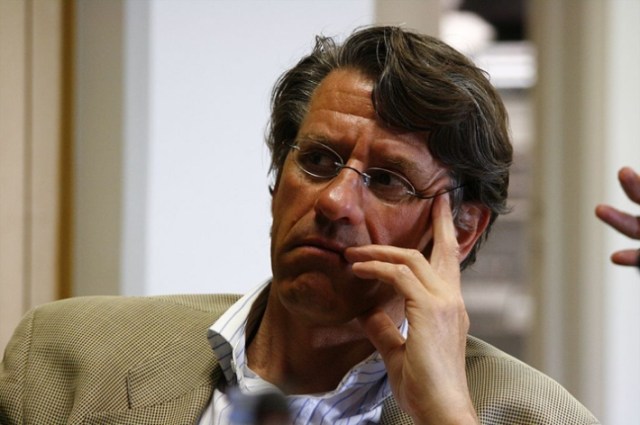 A leading global authority in this area, his expertise has been called upon a great deal lately due to the fact that the European Space Agency landed a craft on a comet a few weeks ago. This achievement ignited a debate about who can claim ownership of what in outer space.

That wasn?t really under discussion in 1990, when von der Dunk made his first foray into this field. He accepted a position that year as co-director of the International Institute of Air and Space Law at the University of Leiden in the Netherlands.

?In 1990, space law was a relatively coherent, succinct body of law,? he said. ?There were a few international agreements. They were just starting to build the international space station. Private participation in space was very, very limited. It was all so much more science-driven.?

Currently, the world operates under the details listed in the Outer Space Treaty (more formally known as The Treaty on Principles Governing the Activities of States in the Exploration and Use of Outer Space, including the Moon and Other Celestial Bodies). The treaty, which was adopted in 1967, states that:

?It is a pretty straightforward rule, which everybody acknowledges,? von der Dunk said.

But when that was written and adopted, not many people were thinking about the natural resources that are available in space rock, or that people might try to obtain ownership in the same way that European explorers claimed land, gold and other assets for their sovereign countries when traipsing through the Americas from 1492 on.

Today, the Outer Space Treaty is under attack from private-enterprise and nationalist interests alike. They argue that anything in space is property that can be claimed by whoever lands on it first, and that countries or businesses should be able to benefit from the celestial bodies they ?capture.?

?In the United States, there are companies that claim the U.S. should step out of the Outer Space Treaty because the prohibition of ownership and sovereignty of celestial sources is outdated and stifling,? he said. ?They want there to be a framework in which they can work and try to reap their investment.?

On the other side of the debate are individuals and groups that view outer space as the ?common heritage of man? and believe it should be free for all to explore - but not exploit.

The U.S. Congress just tabled The Asteroid Act, which ?seeks to facilitate the commercial exploration and utilization of asteroid resources to meet national needs and to promote the right of U.S. commercial entities to explore and utilize resources from asteroids, in accordance with existing international obligations of the U.S.?

Von der Dunk predicts that legislation will be revisited when the new Congress comes in next year, but adds that ?there is an international interest in keeping everybody on the same page.? And he says that, certain companies notwithstanding, the United States isn?t the greatest threat to the space law status quo.

?The risk is always there,? he said. ?I?m not immediately concerned in the sense that it is going to happen [soon], but we should be wary. I?m afraid the issue will not come from the United States. It is going to be China.?

At this point, he says there are only a handful of countries who can send vessels deep into space: the U.S., Russia, the European Union and Japan. If they aren?t in that group already, India and China are close, von der Dunk said.

Still, outer space continues to get more crowded. Other nations can rent launching-pad services if they choose to do so. There are thousands upon thousands of satellites from countries and private companies. And there is a reasonable chance of commercial space travel becoming commonplace in the next couple of decades.

[btn-post-package]Additionally, countries like Indonesia, Brazil, Nigeria and Mexico are ?getting into the game? of space exploration, von der Dunk said.

?The traditional paradigm of a select group of ?haves? in terms of space capacity and the rest of the world being ?have-nots? has changed,? he explained. ?It?s all still exploratory. Nobody is going to grab anything yet, they won?t claim anything yet. The Outer Space Treaty is still in place. We are 10 years down the road before there is a viable land grab for political or commercial purposes. We have a window of opportunity to do something about it.?