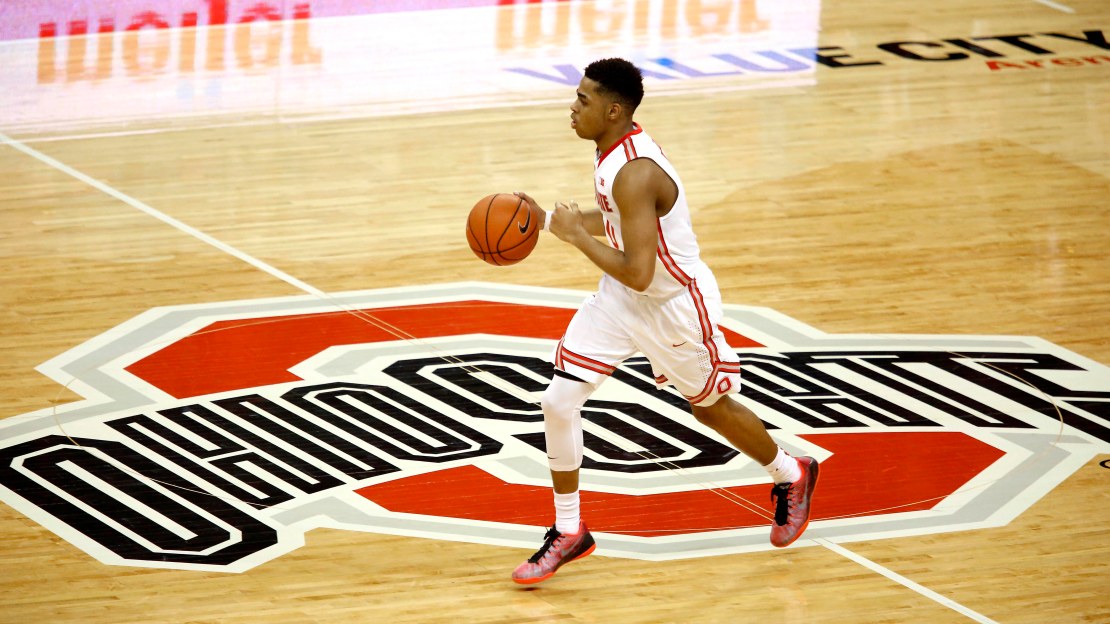 It's Monday, and that means it's time to take a look at Jess Settles' latest Big Ten Player Rankings.

Who's on the move? Well, the biggest move this week is Wisconsin's Sam Dekker going from No. 5 to unranked, mostly the result of an ankle injury that has kept him off his game.

2. Terran Petteway, Nebraska. Petteway erupted for 25 points in Nebraska?s rewarding win at Florida State and added 21 points in a home loss to rival Creighton. Thing is, he can?t get consistency out of his teammates on either end of the court.
Last week: 2

3. Caris LeVert, Michigan. An ugly home loss to NJIT exposed some Michigan weaknesses, but LeVert did his part with 32 points. He's also shooting 50 percent from 3-point land on the season.
Last week: 3

4. Yogi Ferrell, Indiana. The Hoosiers received a huge lift from center Emmitt Holt?s 15 points in their dominant win over Pitt. If Holt and fellow forward Hanner Mosquera-Perea continue to produce, Ferrell will continue to slice through defenses.
Last week: 4

5. D.J. Newbill, Penn State. Putting up big numbers is one thing. Leading Penn State to its best start since 2000-2001 is another. Back to the numbers: Newbill is averaging 23 points, 5.6 rebounds, three assists and 1.6 steals.
Last week: 5

6. James Blackmon Jr., Indiana. The pure shooter continues to play well and is still hitting over 54 percent of his 3-pointers. Amazingly, his 5.1 rebounds per game are second on the team. Can he keep this pace up against Louisville and Big Ten competition?
Last week: 8

7. Branden Dawson, Michigan State. I sat courtside for Michigan State's tough overtime loss at Notre Dame and watched Dawson snatch 18 rebounds. If he keeps that up, he?ll be back in the top 5 soon.
Last week: 9

8. Aaron White, Iowa. White has made 30 of his last 33 free-throw attempts. He went 10-10 from the line at North Carolina in arguably the biggest win of his career as the Hawkeye?s upset the No. 12 Tar Heels in the Dean Dome.
Last week: 7

9. Rayvonte Rice, Illinois. Entering last Saturday?s game against American, Rice was the only player in the country with at least 14 points, six rebounds, and one 3-pointer made in each game. His streak ended in the Illini?s victory over American. Rice was impressive with 22 points in a loss at No. 15 Miami in the ACC/Big Ten Challenge.
Last week: 10

10. D'Angelo Russell, Ohio State. The explosive Russell leads the Buckeyes in scoring, averaging 18 points a game. He shook off early foul trouble in Ohio State's loss at talented Louisville to score 12 of his 17 points in the second half.
Last week: NR