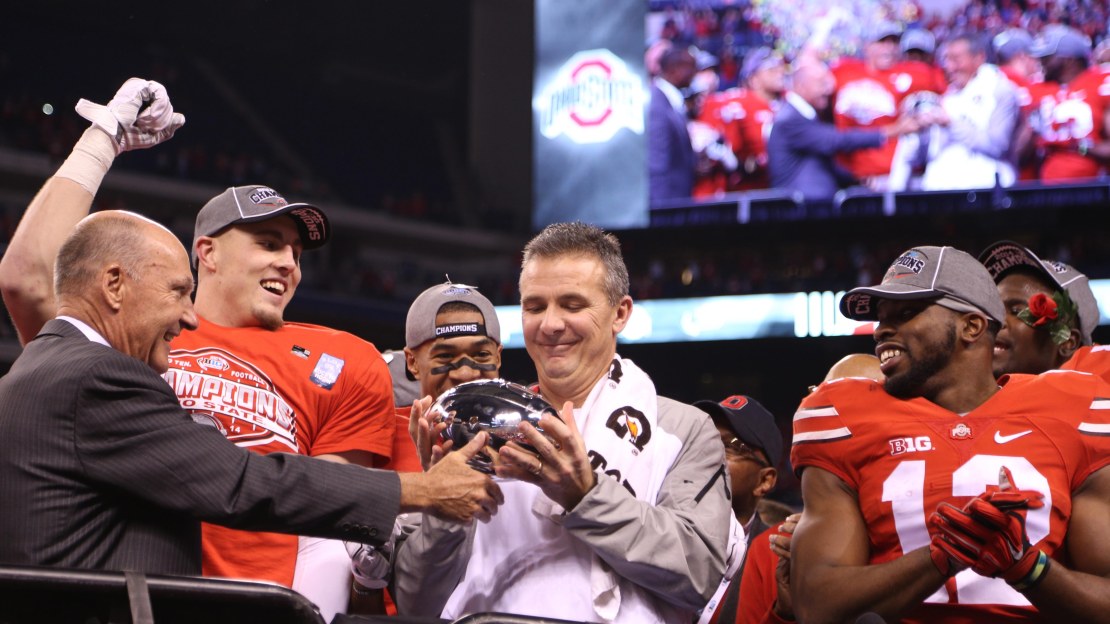 Ohio State is in the inaugural College Football Playoff, it was announced Sunday, and several Buckeyes players tweeted their reaction to the news.

The winner of that game will face the victor of the Rose Bowl between No. 2 Oregon, the Pac-12 champ, and No. 3 Florida State, the ACC champ.

The Buckeyes, as one would one expect, were pumped to hear their favorable playoff fate.

See the tweets below.

Proud of the QB's , you guys been doing a amazing job with preparing and staying focus through the doubt and adversity. #GoBucks #B1GChamps

Former players got in on the fun, too.

It's always a great day to be a Buckeye…

And boom goes the dynamite

Definitely will be in the N.O. On the 1st

Also psyched that the Buckeyes made the playoffs! Go bucks! @OhioStAthletics