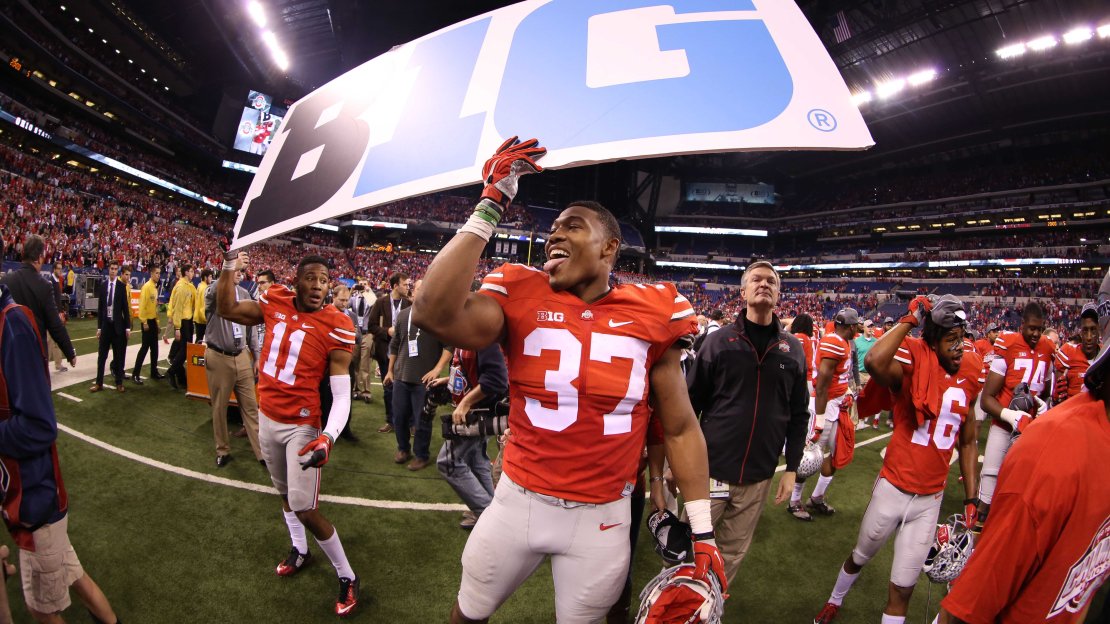 Ohio State?s convincing 59-0 win over Wisconsin in the Big Ten title game last night served as an impressive closing salvo in its argument to be included in the College Football Playoff. Apparently, the selection committee was impressed, as the Buckeyes were tabbed to play in the inaugural postseason event.

Ohio State is the No. 4 seed and will take on No. 1 Alabama in a national semifinal game at the Sugar Bowl on Jan. 1. Win that, and the Buckeyes will battle the winner of the No. 2 Oregon vs. No. 3 Florida State clash in the Rose Bowl on Jan. 12 in Arlington, Texas, for the national championship.

The Buckeyes are 12-1, currently riding an 11-game winning streak-with nine triumphs vs. bowl-eligible teams–since falling at home to Virginia Tech in the second game of the season. Ohio State was dominant after that confounding loss to the Hokies, winning many games in convincing fashion by scoring 49 or more points seven times.

Without a doubt, the Buckeyes had a resume that stacked up favorably with other contenders, edging out Baylor and TCU for the final slot. The Bears had the strongest case of any team that didn?t make the playoff after winning the Big 12 and knocking off No. 9 TCU, No. 15 Oklahoma and No. 9 Kansas State yesterday. Baylor also had wins vs. bowl-eligible teams in Texas, WVU and Oklahoma State.

Ohio State also showed the committee it still was an elite team even without injured quarterback J.T. Barrett, who suffered a season-ending broken ankle last week vs. Michigan. Cardale Jones stepped in and delivered a game MVP performance vs. the Badgers on Saturday night. This all was enough to overcome that aforementioned ugly loss to what turned out to be a 6-6 Virginia Tech club in the second game of the season. And it also was enough to overcome playing in what many perceived to be a weak Big Ten.

Urban Meyer led Florida to national titles in 2006 (beating OSU) and 2008, so this is familiar territory for him. In fact, it?s why he came to Columbus: To be the best.