Best of the best: Taking an in-depth look at the Big Ten title game 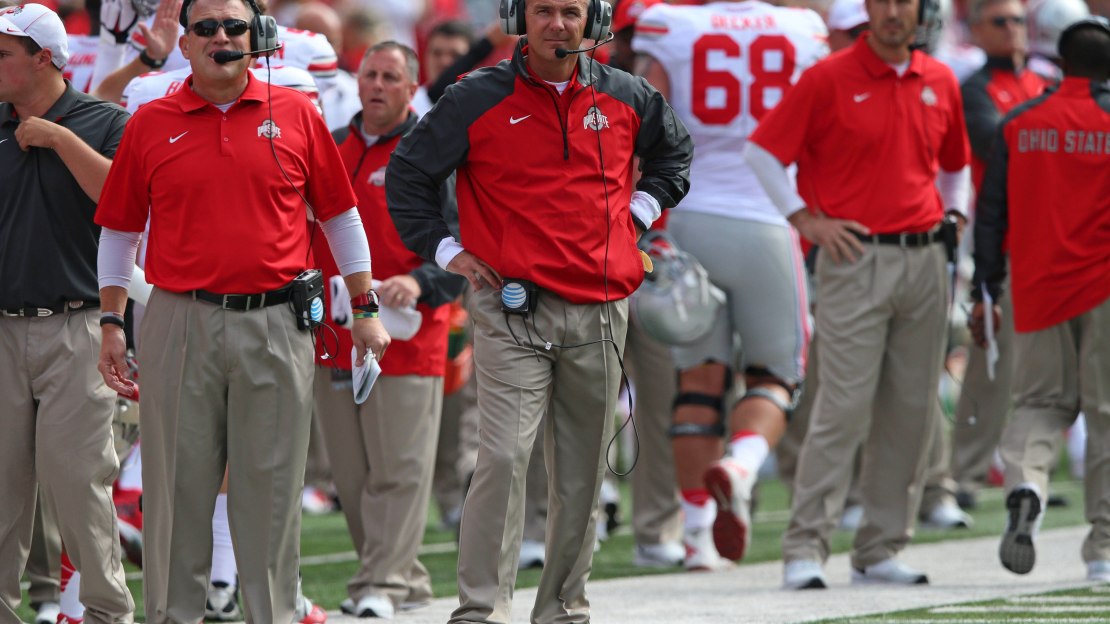 The fourth annual Big Ten championship game will be played tonight in Lucas Oil Stadium in Indianapolis with Ohio State taking on Wisconsin.

This is the matchup many people envisioned prior to the season starting. So, this clash comes with much anticipation, with a possible trip to the College Football Playoff on the line for Ohio State.

The Buckeyes are back in this game for a second season in a row looking for their first Big Ten title since 2009. The Badgers are in the league title game for a third time, looking to go 3-0.

The game will be a battle between coaching chums Urban Meyer and Gary Andersen, who aren?t bashful about sharing their affinity for each other.

Here?s a look at some of the best the Big Ten title game has to offer.

BEST UNIT MATCHUP: Ohio State defensive line vs. Wisconsin offensive line. It won?t get much better than this. Each unit is arguably the best in the Big Ten-if not the nation. The Buckeye front is led by Big Ten Defensive Player of the Year Joey Bosa, a big-play maker. The Badger line is led by massive tackle Rob Havenstein. This is a classic clash between an irresistible force and an immovable object.

BEST PLAYER MATCHUP: Wisconsin safety Michael Caputo vs. Ohio State running back Ezekiel Elliott. Caputo is the unquestioned leader of a Badger defense that is No. 2 in the nation in total defense and is tied for fourth in scoring defense. And the only player on this standout defense that is close to 100 tackles is Caputo, who paces the unit with 93 stops but is dealing with a shoulder issue. Defensive coordinator Dave Aranda often pushes Caputo into the box, acting like a third linebacker. And the physical Caputo excels playing close to the line. He will try to contain Elliott, who has emerged as the Buckeyes? top back. He has 1,182 yards rushing with 934 coming in the last nine games. No doubt, OSU wants to get Elliott established to take pressure off of Cardale Jones.

PLAYER ON THE SPOT: It can?t be anyone but Ohio State QB Cardale Jones. What a circumstance to make your first career start. What?s on the line? Only the Buckeyes? first Big Ten title since 2009 and a possible bid to the College Football Playoffs. That?s all. Jones? resume: He hit 1-of-2 passes for 3 yards last year and rushed 17 times for 128 yards and a TD. This season, Jones has completed 10-of-17 attempts for 118 yards with two touchdowns and rushed 26 times for 206 yards. Jones has played in seven games this season, with his best outing being vs. Illinois, when he hit 5-of-9 passes for 82 yards and two touchdowns and rushed seven times for 47 yards in a 55-14 win vs. the Fighting Illini. No doubt, Wisconsin?s defense that ranks No. 2 in the nation will pose a huge challenge for Jones (260.3 ypg).

KEY NUMBER: 120, minimum yards that Wisconsin back Melvin Gordon has rushed for in 10 consecutive games-and in 11 of 12 this season. The only time Gordon was held under 100? Vs. FCS Western Illinois, when he ran 17 times for 38 yards. Go figure. He has rushed for a Big Ten single-season record 2,260 yards in 2014 and is averaging 188.3 yards rushing.

KEY NUMBER, PART II: Wisconsin has allowed an opposing player to rush for over 100 yards just four times over the last two seasons. In that same span, the Badgers have produced 32, 100-yard rushers.

COACH VS. COACH: Urban Meyer has spawned 11 assistants who have gone on to become head coaches. One of those is Gary Andersen, who worked under Meyer at Utah in 2004. This will be the seventh time that Meyer will have faced one of his coaching children. He?s 5-1 in such battles. The lone loss came in 2010, when Dan Mullen?s Mississippi State squad beat Meyer?s Florida Gators, 10-7. Meyer and Andersen met last year, with Meyer taking a 31-24 win in Columbus.

COORDINATOR VS. COORDINATOR: It?s hard not to focus on the battle between former Cal Lutheran pals Tom Herman, Ohio State?s offensive coordinator, and Dave Aranda, Wisconsin defensive coordinator. But let?s focus on the clash between Ohio State DCs Luke Fickell and Chris Ash vs. Wisconsin OC Andy Ludwig. Ash arrived prior to this season from Arkansas with the explicit task of improving the Buckeye pass defense. Mission accomplished. OSU allowed 268.0 yards passing last year (11th in the Big Ten); that number has been trimmed to 188.2 (fourth in the Big Ten). Ludwig is one of the smartest coaches in the nation, showing a deft touch in managing the Badgers? two-quarterback system. Can he dial up some big passing plays? If so, Melvin Gordon will be even that much more difficult to stop.