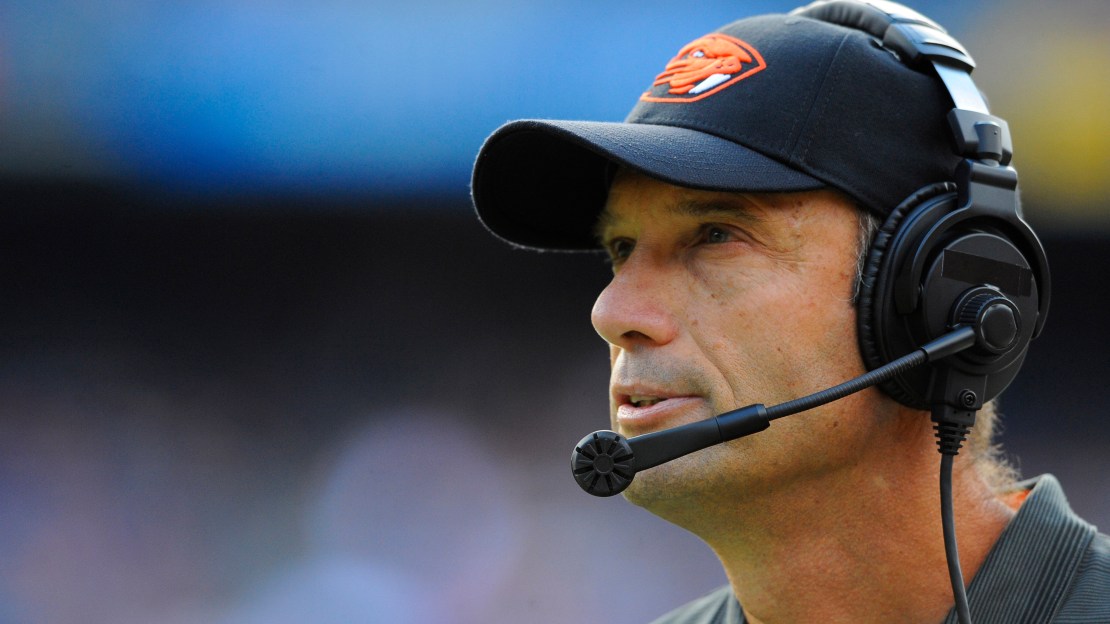 Nebraska announced today that the school has hired Mike Riley as its new football coach, and that Riley will be formally introduced at a news conference on Friday, Dec. 5.

Riley comes to Nebraska after 14 seasons as the head coach at Oregon State, spanning two different tenures in Corvallis.  Riley has led Oregon State 93 wins and a 6-2 record in postseason bowl games.

In addition to his time at Oregon State, Riley has served as the head coach of the San Diego Chargers, the Winnipeg Blue Bombers of the Canadian Football League, with whom he won two Grey Cup Championships, and the San Antonio Riders in the World Football League.

?It is truly an honor to join the University of Nebraska family.  Though we love Corvallis and Oregon State, this is a once-in-a-lifetime opportunity to coach at one of the nation?s most storied football programs and I can?t wait to get started.  My sincere thanks to Chancellor Perlman and Shawn Eichorst for their confidence in me and I look forward to becoming a part of the Nebraska family and building upon the great history and tradition.?

And here is a statement from Nebraska AD Shawn Eichorst:

?There was one coach who fit all the characteristics that I was seeking to lead our tradition rich football program.  Mike Riley has a proven record of success, a sound approach to football and teaching, an understanding of the educational mission of our university and the integrity and values that we cherish at Nebraska.  I have no doubt that Mike will assemble a tremendous staff and lead our student-athletes to win Big Ten titles and compete for national championships in the years ahead.?

Riley has served as an assistant coach at California, USC, Linfield College, Whitworth and Northern Colorado as well as with the New Orleans Saints and in the Canadian Football League.

If you don't like Mike Riley, that is a you problem. Congrats #Nebraska between Riley&Tim Miles 2of the most liked/respected in their sports

There?s not a bad word out there about Mike Riley. The more I dig into it, the more I like the hire. #Huskers.

Mike Riley one of the best coaches in the country and a great grab for the Cornhuskers. An exceptional person recruiter and Coach.NEB will

Heard #Nebraska was determined to hire a "really good guy who ppl in the community would like" well, Mike Riley is that. Otherwise, stunning

Best read on Mike Riley despite having only one winning regular season over last 5 years is talking to his coaching peers. Highly respected.

Mike Riley had a chance to coach USC twice, as well as Alabama (he played for Bryant). But ends up taking Nebraska.

Only time will prove if Mike Riley was the right man for Nebraska job but CONGRATULATIONS to Husker nation. He is an honorable man & coach

Oregon St's Mike Riley to Nebraska. Wow. Didn't see that one coming. The *nicest* (good) coach I have ever covered…