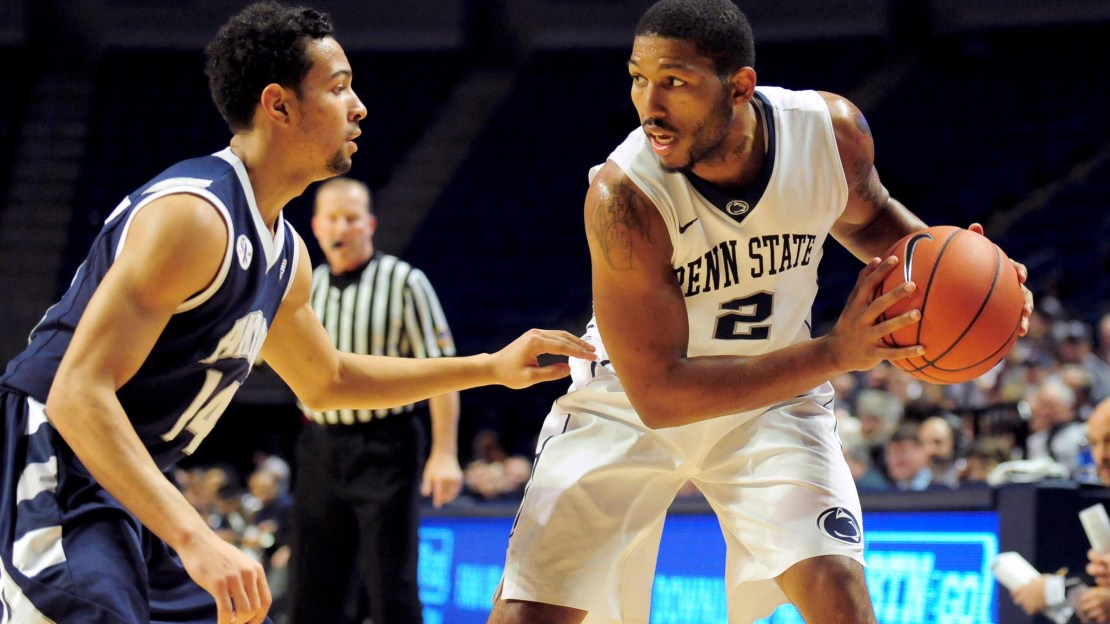 It's Monday, and that means it's time for Jess Settles' latest Big Ten Basketball Player Rankings.

The top two in Settles' list remains the same, and Penn State's D.J. Newbill is the biggest mover, ascending three spots to No. 5.

There could be a lot more change this coming week, with the annual ACC/Big Ten Challenge presenting plenty of opportunities for players to make a statement against quality competition.

1. Frank Kaminsky, Wisconsin. Overcame first-half foul trouble against Oklahoma in the Battle 4 Atlantis championship, but he came storming back with 14 second-half points to lead No. 2 Wisconsin to the tourney crown. National Player of the Year implications will be on the line for Kaminsky vs No. 4 Duke on Wednesday.
Last week: 1

2.Terran Petteway, Nebraska. Continues to expand his game with a career-high 8 assists, to go along with 18 points vs. UT Martin. The Huskers need to get more paint scoring to take pressure off of Petteway and rising star Shavon Shields, who will bust into the top 10 if he keeps putting up double-doubles.
Last week: 2

5. D.J. Newbill, Penn State. Freshman Shep Garner?s confidence at point guard has allowed Newbill to thrive at his natural shooting guard position. Newbill has been fresh down the stretch and is averaging 25 points, 5.6 rebounds and 3.1 assists.
Last week: 8

6. Sam Dekker, Wisconsin. Duke comes calling on Wednesday. It?s time for the star forward to step up his game and have a big one, because he's only averaging 12.7 points and 3.6 rebounds.
Last week: 3

7. Aaron White, Iowa. Playing at the front of Iowa?s 1-2-2 press and wreaking havoc for opposing guards, White already has 13 steals. He's also averaging 16.7 points and 7.6 rebounds, all while shooting 58 percent from the field and 85 percent from the line.
Last week: 9

8. James Blackmon Jr., Indiana. Continues to torch the nets from downtown (57%) and hit clutch free-throws in tight games. (90%) Had 25 points and 9 rebounds as the Hoosiers held off UNC-Greensboro.
Last week: 7

9. Branden Dawson, Michigan State. Struggling with the flu and high expectations, Dawson needs to concentrate completely on rebounding and the rest of his game will follow.
Last week: 5

10. Rayvonte Rice, Illinois. What a start for Rice and Illinois! Rice leads the team in scoring (17.8), rebounding (7.3), field goal percentage, (58.3%), and 3-point shooting (57%.) He is one of the Big Ten?s best defenders, averaging 2.8 steals. The senior is taking good shots and led undefeated Illinois to Las Vegas Invitational Championship.
Last week: NR