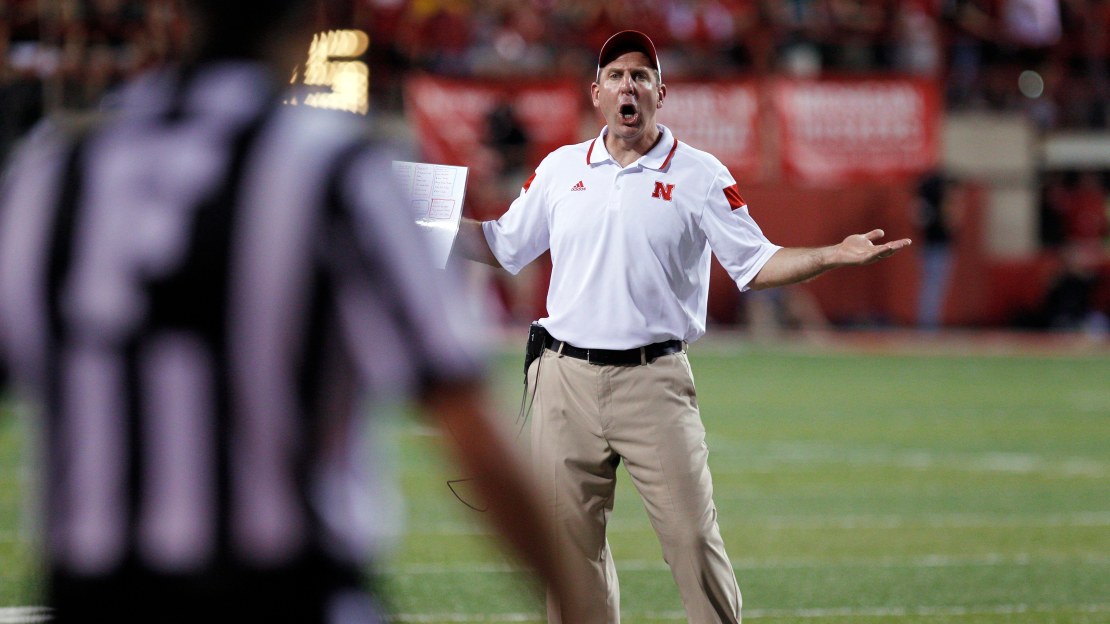 What some felt was going to happen last season has finally taken place: Nebraska fired Bo Pelini on Sunday despite delivering at least nine wins in each of his seven seasons.

Pelini leaves Nebraska with a 67-27 overall record. He went 22-10 in the Big Ten after coaching the Huskers in the Big 12 his first three seasons.

Assistant Barney Cotton will serve as the interim coach, and he is expected to meet with the team Sunday night.

Nebraska owes Pelini $7.9 million, plus it is on the hook for another $4 million to his assistant coaches, all of which depends on future employment.

"In the end, this is what's best for the University," Nebraska A.D. Shawn Eichorst said in Sunday's press conference.

In 2013, Pelini lost two of his final three regular-season games. This year, he lost two of his last three again but finished with a gutsy 37-34 overtime win at Iowa in the finale. But, it wasn't enough.

The Pelini tenure will be remembered as good-but not great. He seemingly has driven this bus as far as he can, unable to get the program over the proverbial hump.

"We just weren't good enough in the games that mattered," Eichorst said, "and I didn't see that changing."

Pelini did a lot of good in Lincoln, taking the program to the Big Ten title game in 2013 and the Big 12 championship game in 2009 and 2010. He certainly was an improvement from the catastrophic Bill Callahan era from 2004-07 that saw two losing records and a 15-17 Big 12 mark punctuated by some horrid defensive efforts.

The volcanic Pelini made an effort to rehab his image in the offseason, spinning a kinder, softer image replete with him coming out for the spring football game holding a cat. He seemingly had toned down his often volatile and intense persona.

Regardless, this is a bottom line business. And Pelini never delivered big-time results in seven seasons for a program that yearns for major success and where pressure and expectations often are out of whack.

Pelini lost at least four games each of his first six seasons since arriving in 2008 and failed to deliver the school?s first conference title since 1999. He was in a rut that left fans wanting for more.

His tenure will be remembered for some epic defensive collapses. The most notorious was a 70-31 loss to Wisconsin in the Big Ten title game in which the Huskers allowed 640 yards (539 yards rushing).

Pelini lost equity with the denizens of the state in 2013, when a recording surfaced of him disparaging them. He then came under scrutiny following a dubious season-ending loss at home to Iowa last season in which he yelled at a sideline reporter and later threw a tantrum that saw him nearly hit an official in the face with his hat for which he received an unsportsmanlike conduct penalty. Pelini then challenged his bosses to fire him in the postgame press conference.

Nebraska rebounded to beat Georgia in the Gator Bowl, as Pelini earned the support of Eichorst. Still, the marriage between Pelini and Huskers fans seemed to be on tenuous ground-and perhaps beyond repair.

What?s next for Nebraska? It?s difficult to know at this point. But this is a critical hire for Eichorst, as the Huskers seemingly have fallen behind West rivals Wisconsin and Minnesota. And is Nebraska better than Iowa? Or is it just on even footing?

This job always will have appeal because of its rabid fan base, stunning facilities and deep pockets. And playing in the West means the mountain to climb isn?t as steep as the rugged East, making it appealing to prospective coaches.

What's next? Here are a few thoughts.

Will be interesting to see what direction Huskers go. As I recall, there wasn't a long line of top candidates the last time this gig opened.