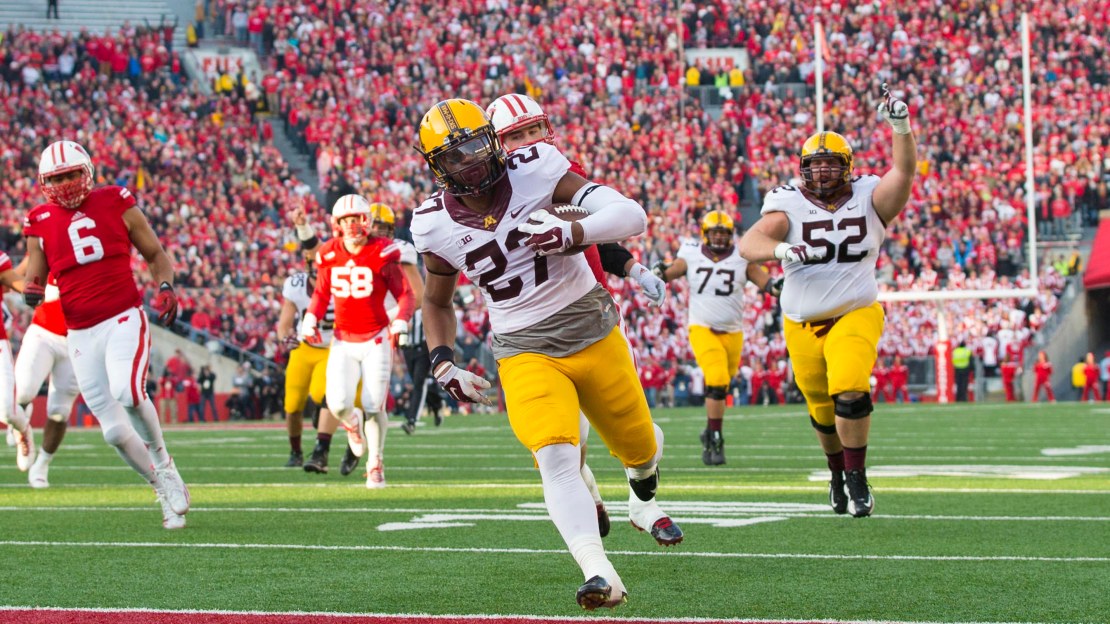 Minnesota needs all the help it can get to win at Wisconsin for the first time since 1994 and clinch the Big Ten West title. And the Gophers? cause will get a big boost from the return of top rusher David Cobb from injury.

During the week, Minnesota coach Jerry Kill wasn?t sure about Cobb?s availability, describing it as a ?big question mark? after he left last week's game at Nebraska in the second half with a hamstring injury.

"I know he'll do his best to go, but we're not going to risk somebody going out there 90 percent or 85 percent," Kill said. "I don't think that's worth it to the kid. You always want to have your best players when you (play a big game). But at the same time, our team has been built on 'next guy up.' "

With Cobb, Minnesota will get a boost in its quest to beat the Badgers and win the West to advance to the Big Ten championship game. Cobb is No. 3 in the Big Ten in rushing, averaging 130.0 yards per game. He has been the ultimate workhorse, pacing the conference with 269 carries for 1,430 yards and 12 touchdowns.

Should Cobb not be 100 percent, Minnesota has the depth to absorb the workload with Donnell Kirkwood and Rodrick Williams. Kirkwood came on last week in the second half at Nebraska after Cobb got hurt, running seven times for 33 yards in the 28-24 win. On the season, he has 26 carries for 84 yards and two touchdowns.

Berkley Edwards also could inject some speed in an expanded role if the redshirt freshman is over a concussion suffered vs. the Huskers. He has 140 yards rushing with two touchdowns on 30 carries this season.