Dienhart: Huskers refusal to fold pays off against Iowa 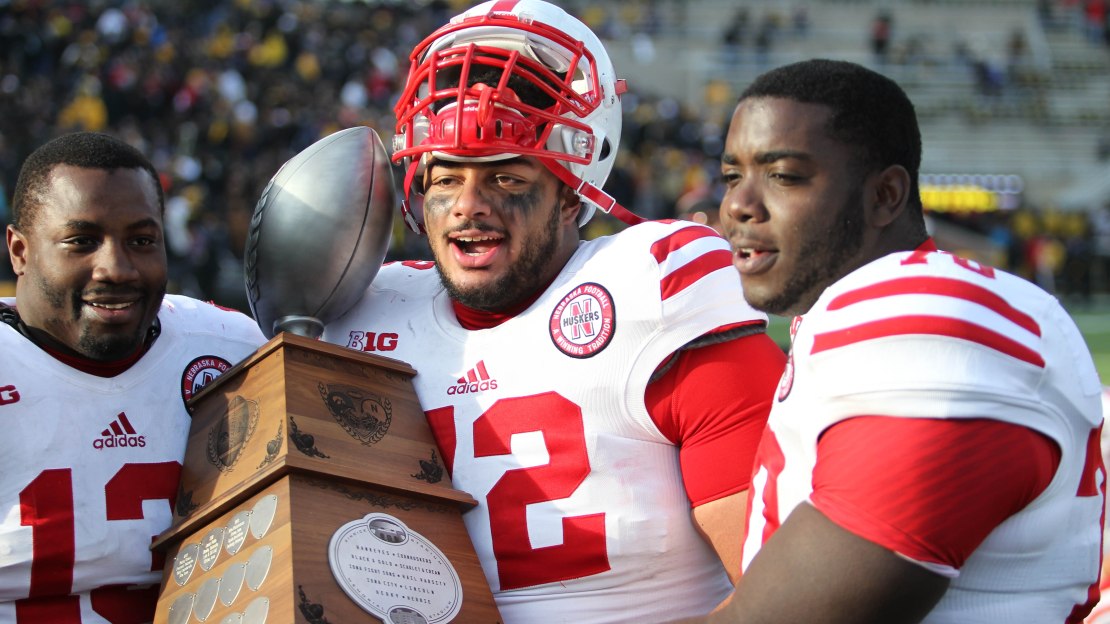 It was a great win for Nebraska on Friday. The most impressive thing? The Cornhuskers? ability to rebound from adversity. Time and again, Nebraska had every reason to fold in the face of adversity, but it didn?t. Credit the players. Credit the staff.

With 8:45 to go in the third quarter, the Cornhuskers trailed 24-7. Nebraska rallied to tie with a field goal with three seconds to remain to force overtime, where it won.

Want more perseverance by Nebraska? This team was playing with a backup right offensive tackle and its third-string center. And quarterback Tommy Armstrong got his ribs dinged up. The defense was minus star end Randy Gregory. Oh, and Nebraska had a punt and a field goal blocked.

So, despite those personnel obstacles, setbacks and 17-point deficit, the Cornhuskers came out on top. On top of all of that, Nebraska had zero mojo coming to Iowa City, losers of two in a row-at Wisconsin and vs. Minnesota.

In the end, Nebraska had playmakers. Iowa didn?t.

Iowa? The Hawkeyes lack those types of players.

Armstrong hit some big passes, finishing 12-of-27 for 202 yards with four touchdowns and two picks. Abdullah had some big runs, carrying 13 times for 106 yards with a 53-yard jaunt.

Pierson-El ran back a punt 80 yards for a TD and averaged 44.7 yards on three punt returns.

Bell had a 32-yard catch with two TDs; Cethan Carter a 34-yarder; Brandon Reilly a 35-yarder; Taariq Allen a 34-yarder.

Iowa had no run longer than 15 yards and just one completion over 30 (37). If not for a defensive and special teams touchdowns, the Hawkeyes would have lost big.

Now at 9-3 overall and 5-3 in the Big Ten, Nebraska should be in line for a nice bowl-likely our West. Iowa? It?s 7-5 in a season that failed to meet expectations with a fourth-place finish in the division. The offense never got on track and sputtered today, averaging 2.8 yards per carry. Jake Rudock hit just 50 percent of his passes (19-of-38).

Today was all about Nebraska?s steel will on a Black Friday that may turn out to be a bright spot for the program.