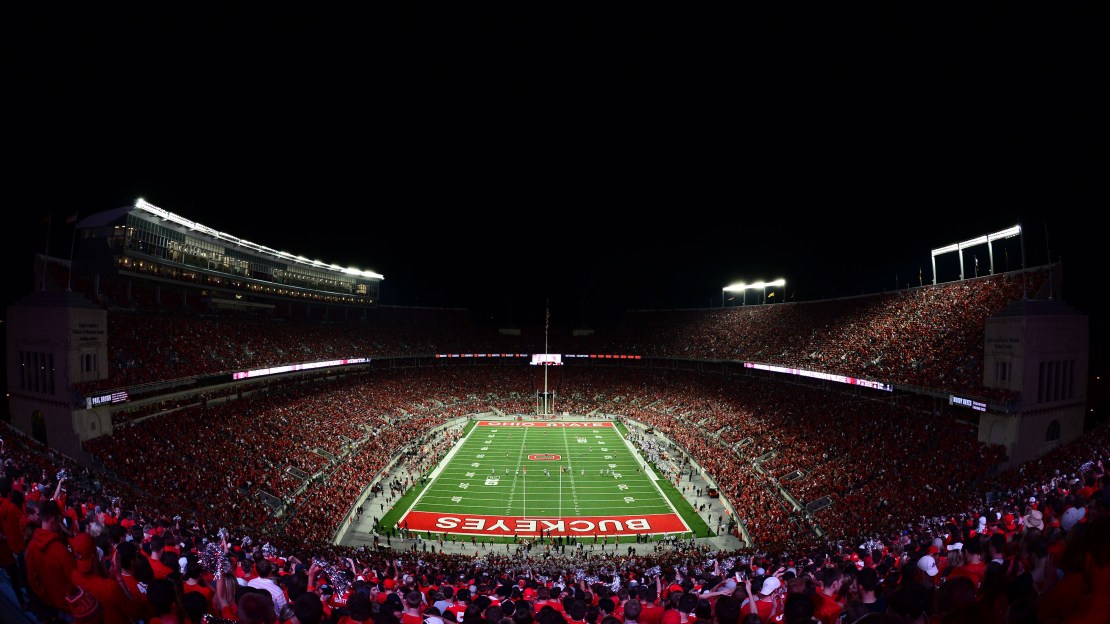 Ohio State avoiding the letter "M" during Michigan week is nothing new.

Just check out the Twitter feed of Ohio State fans and players. Or, as @11W pointed out, street signs, too.

For a while Monday it looked like Ohio Stadium was getting in on the act. The rumors started as a result of the picture above, featuring a crane taking the "um" off of the "Ohio Stadium" sign.

Whatever the case, "Ohio," as Michigan coach Brady Hoke calls the Buckeyes, hosts Michigan, "The School Up North," at noon ET on Saturday.

And, it's a big one – even if Michigan isn't enjoying a great season. An Ohio State win would keep it in the inaugural playoff race, and a Michigan win would make it bowl eligible.

It should be fun!