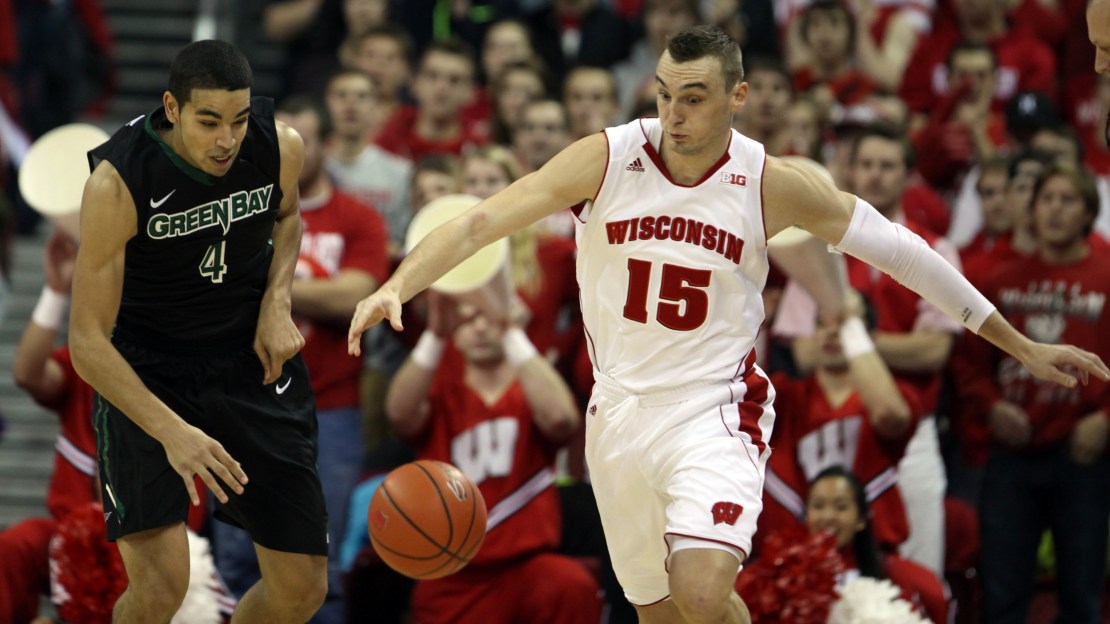 The Big Ten's top player? We all thought it was Frank Kaminsky before the season started, and nothing's changed nearly two weeks into the season.

Kaminsky tops BTN analyst and former Iowa forward Jess Settles' Big Ten Player Rankings. He's joined by a teammate at No. 3, too. Yes, Wisconsin is as good as advertised.

1. Frank Kaminsky, Wisconsin. Frank the Tank scored 26 points against Boise State on 11 of 13 from the field, including four out of five from beyond the arc, and sent a message to the rest of the league that the Player of the Year award is still addressed to Madison.

2. Terran Petteway, Nebraska. Petteway continues to get buckets from all over the court. He hit six 3-pointers against Northern Kentucky, but only delivered 15 points in an OT loss at Rhode Island. Petteway will put up big numbers all season.

3. Sam Dekker, Wisconsin. After an explosive summer at the LeBron James Academy, Dekker and the Badgers are off to a 4-0 start. Dekker has played limited minutes due to injury and blowouts, but with Florida and Duke looming, he is ready to shine.

4. Caris LeVert, Michigan. LeVert had 21 points and nine rebounds in a win versus a gritty Detroit team and showed that he is ready to be the next star to lead Michigan. At 6-foot-7, it is very difficult to alter his shot.

7. James Blackmon Jr., Indiana. The talk in Bloomington is no longer about suspensions, coaching or poor decisions. It's about basketball. The Hoosiers are 4-0, and it's because of the brilliance of their star freshman who is second in the Big Ten in scoring and shooting (64% from 3-point land).

8. D.J. Newbill, Penn State. Newbill, who has averaged 27.7 points six rebounds, 2.3 assists and 2.3 steals over the last three games, is going to compete for the Big Ten scoring title.

9. Aaron White, Iowa. White was named to 2K classic All-Tournament team after averaging 19 points and 10 rebounds against the athletic frontlines of No. 10 Texas and No. 23 Syracuse in Madison Square Garden.

10. Dez Wells, Maryland. Wells has the skill and toughness to make an instant impact in the Big Ten. He will posterize defenders caught sleeping around the rim.