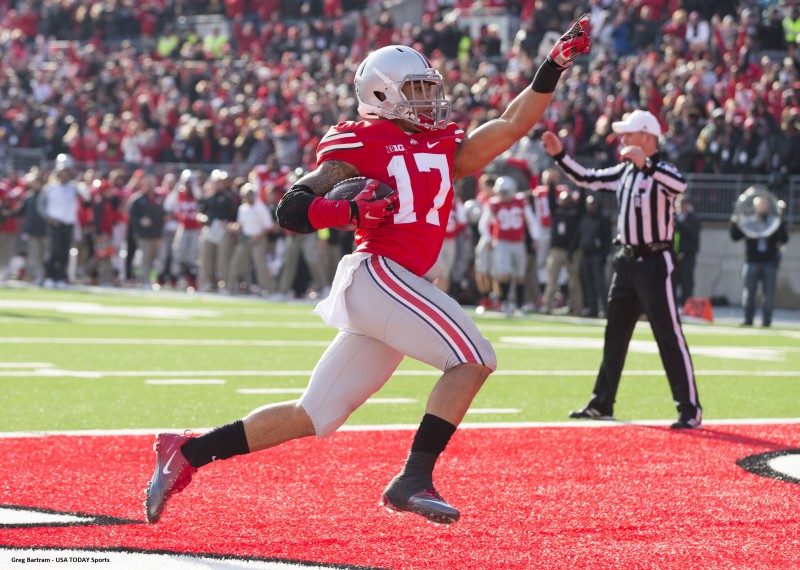 CHICAGO - BTN on Saturday had the highest viewership in its history, with three football and two men?s basketball games contributing to the record day.

Saturday?s noon ET games, which featured Indiana at Ohio State and Rutgers at Michigan State, averaged a 3.0 HH rating in the network?s 12 metered markets.* Most notably, the games in Columbus earned a 27.0 HH rating, in Dayton, 13.9, Cleveland, 12.1 and in Detroit, 6.5.

BTN?s afternoon game, Maryland at Michigan, delivered a 2.0 HH rating, with Detroit leading all the network?s metered markets with a 10.3 HH rating, followed by Columbus at 9.5.

BTN will finish the regular season football game this Saturday (11/29) with a key matchup that will determine the winner of the Big Ten?s West Division, as No. 22 Minnesota heads to No. 14 Wisconsin for a 3:30 PM ET start. Given the game?s significance in the Big Ten title race, the network will travel its lead studio team of Dave Revsine and analysts Gerry DiNardo and Howard Griffith to Madison for on-site pregame, halftime and post-game coverage.

About the Big Ten Network: The Big Ten Network is the first nationally distributed network dedicated to covering one of the premier collegiate conferences in the country. With approximately 350 live events, and nearly all of them in HD, the network is the ultimate destination for Big Ten fans and alumni across the country, allowing them to see their favorite teams, regardless of where they live. The network operates 24 hours a day, 365 days a year, showcasing a wide array of classic-to-current sports and televising more Olympic sporting events and women?s sports than has ever been aired on any other network. Original programming highlights activities and accomplishments of some of the nation?s finest universities. Each year, the network offers between 35 and 40 football games, 105 regular season men?s basketball games; 55 women?s basketball games; dozens of Big Ten Championship events; Big Ten Tonight, a nightly studio show; coaches? shows; and classic games. Available to all cable and satellite providers nationwide and in Canada, the network currently has agreements with more than 300 affiliates, including AT&T U-Verse, Atlantic Broadband, Cablevision, Charter, Comcast, Cox (Cleveland, Arizona, Arkansas, Kansas), DirecTV, DISH Network, Insight, Mediacom, Shaw Cable and Shaw Direct (Canada), Time Warner Cable and Verizon FiOS. For updated information on the Big Ten Network, go to www.BigTenNetwork.com.