What did Tom Dienhart learn about the Big Ten in Week 13? Here's what! 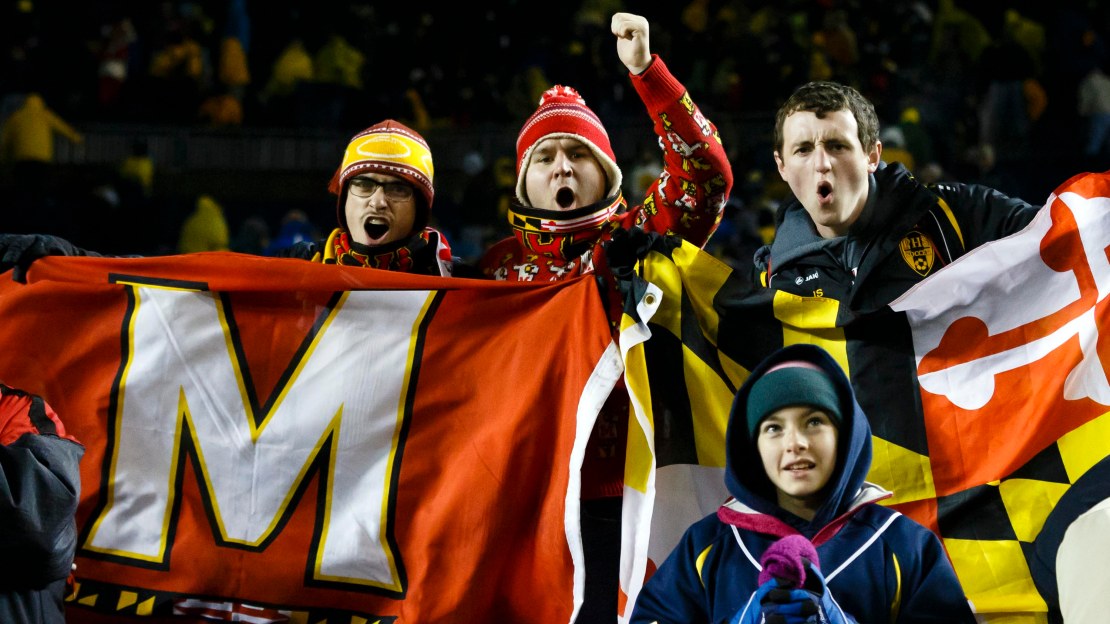 One week. That's all that's left in the Big Ten regular season following an exciting Week 13 on Saturday.

We know Ohio State will be in the Big Ten title game, its second straight trip to Indy, as it clinched the East Division with a win over Indiana. Its opponent will be the winner of the Minnesota-Wisconsin game.

Here is what I learned in Week 13.

1. The closer-than-expected Ohio State win may hurt its playoff chances. The final score said Ohio State 42, Indiana 27, but the game was closer than that. In fact, the Hoosiers led, 20-14, late in the third quarter. How will the College Football Playoff committee view the Buckeyes' ninth straight win? Ohio State doesn?t need to just win games; it needs to win impressively.

2. If it wasn?t already apparent, Melvin Gordon has assured himself a trip to New York for the Heisman ceremony. He hit the 200-yard rushing mark for a third game in succession, carrying 31 times for 200 yards and two scores, to go along with four catches for a team-high 64 yards at Iowa. He also surpassed the 2,000-yard rushing mark in 2014, doing it in fewer carries than any back ever (241). Even more, Gordon tied the Big Ten single-season rushing mark with 2,109 yards. He?ll break it next week. Gordon needs 520 yards to break Barry Sanders' 1988 single-season rushing mark of 2,628. If he plays two more games, he must average 260; thee more games, 173.

3. How good would a Wisconsin vs. Ohio State Big Ten championship game be? Exactly. Back in the summer, most prognosticators thought each was the best team in its respective division. The Buckeyes already have iced the East Division banner. The Badgers can take the West with a win at home vs. Minnesota this Saturday. The clash between the Wisconsin defense and Ohio State offense would be captivating.

4. It will be difficult to decide which two running backs will be first-team All-Big Ten. There are so many quality runners, led by Wisconsin?s Melvin Gordon, Nebraska?s Ameer Abdullah, Michigan State?s Jeremy Langford, Indiana?s Tevin Coleman and Minnesota?s David Cobb are the best of the rest. Ohio State?s Ezekiel Elliott and Northwestern?s Justin Jackson are coming on, too. For my money, I think the all-league backs should be Gordon and Coleman. The third-best? Cobb.

5. Jerry Kill may be the top coach in the Big Ten. Yes, a great case can be made for Mark Dantonio and Urban Meyer. But Kill and his staff continue to amaze. The latest gem: a 28-24 triumph at Nebraska. The victory sets up a winner-takes-all West Division showdown next Saturday in Madison vs. Wisconsin, which has won six in a row. This figures to be a memorable battle for Paul Bunyan?s Axe. Who thought the Golden Gophers would be one win from playing for their first Big Ten title since 1967? Credit Kill, who some thought should step down last season because of his health issues.

6. Maryland?s maiden voyage in the Big Ten already is a success. Saturday's 23-16 victory at Michigan is further validation. The Terps are 7-4 overall and 4-3 in Big Ten action with a visit from Rutgers to finish the season. A win could push Maryland to a nice bowl destination. Each of the Terps? losses has been a quality defeat, falling vs. West Virginia, vs. Ohio State, at Wisconsin and vs. Michigan State.

7. Nebraska can?t get over the hump under Bo Pelini. He lost four games in each of his first six seasons in Lincoln. And the Cornhuskers are sitting on three losses entering next Friday?s game at Iowa. This year?s team has been hurt by defensive lapses and inconsistent quarterback play. It has to be frustrating for fans.

8. The Spartans didn?t hang their heads after that tough home loss to Ohio State on Nov. 8. Since then, MSU has beaten Maryland, 37-15, and Rutgers, 45-3. With a win at Penn State on Saturday, Michigan State will have 10 wins, which would be the fourth time in five seasons the Spartans have had double-digit victories.

9. Northwestern has endured one of the most unconventional seasons in the league. The Wildcats have enjoyed a three-game winning streak, a four-game losing streak, an overtime win and a loss to MAC team. And don?t forget about an 0-2 start. Despite all of that, NU is a win vs. Illinois from going to a bowl. The offense has notched 81 points the last two weeks after scoring a total of 70 the previous five games. Kudos to Pat Fitzgerald for keeping this team on track.

10. Purdue took a big step back with a 38-14 home drubbing to Northwestern. The loss was the program?s worst Senior Day defeat since 1997. Yes, three wins overall and one Big Ten triumph are improvements over last year in Year Two under Darrell Hazell. But this season could have been much better. Since a 39-38 loss at Minnesota, the Boilermakers haven?t been competitive en route to riding a five-game losing streak. A visit to Indiana next week could get ugly, as the Hoosiers may let Tevin Coleman run as many times as he wants. Can Purdue stop him?