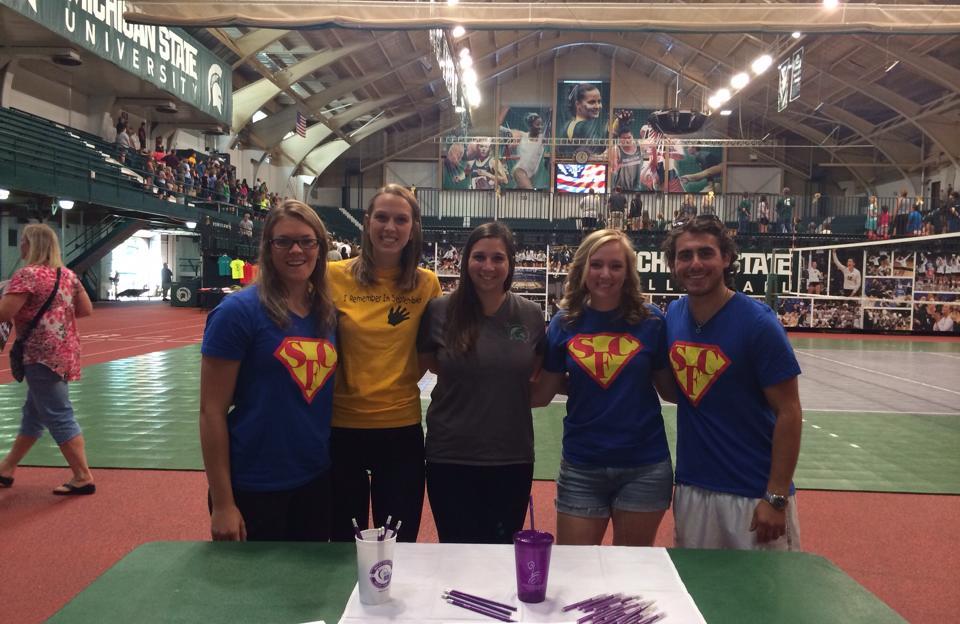 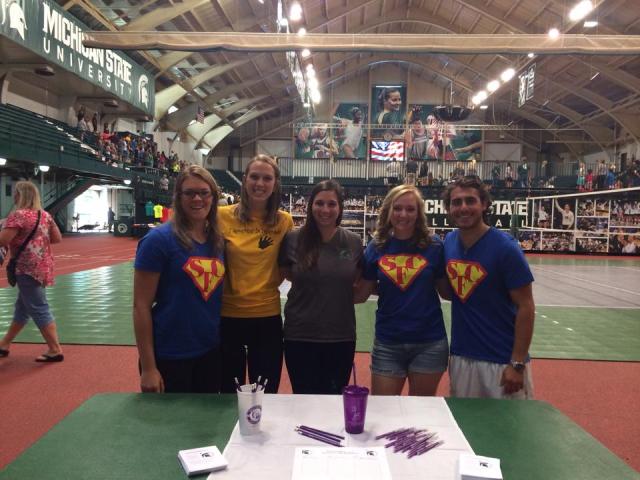 Can ping pong balls save lives? Probably not in any medical sense, but perhaps as a tool for awareness.

That was the thinking behind a recent campaign from Spartans Fighting Cancer (SFC), a student-run organization at Michigan State University. To help address high rates of testicular cancer among college-aged males, members of the group affixed slips of paper with facts about the disease, methods of early detection and forms of treatment to several pairs of table tennis balls. Then they distributed these, um, ?packages? all over campus to attract attention for that cause.

Now in its 13th year, SFC was founded on three goals:

?Cancer advocacy and education is one of our primary areas of operation,? said Sarah Hoffman, president of SFC. ?We?ll do something simple, like pass out UV [measuring] beads to keep students aware of the effects sunlight on even cloudy days.?

SFC is also interested in growing community involvement. The organization?s meetings are open to the entire campus, and they can include faculty as well.

SFC campus events include Making Strides Against Breast Cancer, the Great American Smokeout for a tobacco-free campus and Melanoma Awareness campaigns, Hoffman added. Their biggest event, The Relay for Life at the Breslin Center, attracts students and organizations of all stripes. Now partnered with Greek Life, the 12-hour, overnight event is the kickoff to their annual Greek Week. In 2013-2014 school year, the Relay raised $236,000 for the ACS, and the goal is to hit $300,000 next year, Hoffman said.

Off-campus, the group volunteers at Grand Rapids? Hope Lodge, a non-profit organization offering free boarding and facilities to cancer patients receiving treatment at Grand Rapids-area hospitals. Student volunteers bring holiday cards and visit with those in treatment during what can be a lonely and unsure time. They also make and jar healthy foods to provide an accessible source of nutrition available, Hoffman said.

[btn-post-package]
Kristen Adams, the American Cancer Society (ACS) liaison to SFC, has been working in collegiate cancer awareness for six years. The ACS?s Cancer Action Network provides a wealth of resources and support to SFC and several other organizations like it.

?One of the great things about working with college students is the energy they bring to every aspect of this, be it fundraising, creative campaigns or just community interaction,? Adams said. ?They are the future of the American Cancer Society, and the information and inspiration they get now will follow them into the lives and careers.

?Cancer is something that is overcome together,? she added. ?The students and university community at large have a bond that is strong. That is a powerful tool in fighting this disease in any form.?