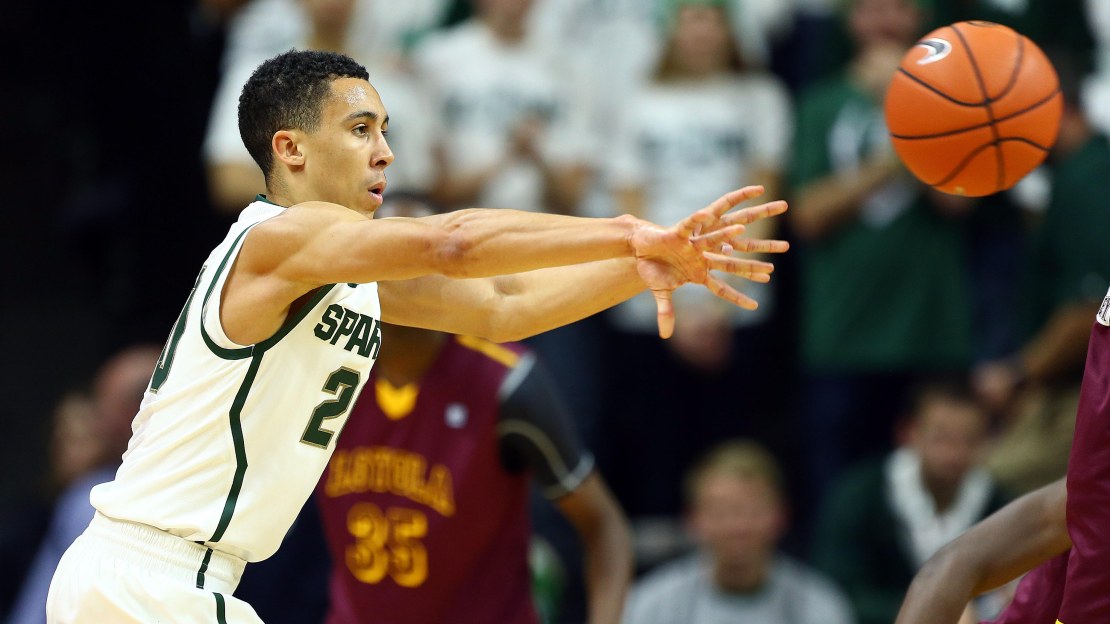 Malcolm Hill and Ray Rice each scored 16 points and were two of five Illinois players scoring in double digits as the Illini cruised to a home win over Austin Peay.

Chris McCullough had 20 points, nine rebounds and a key steal with 8.4 seconds left, and No. 23 Syracuse held off Iowa 66-63 on Friday night in the 2K Classic consolation game. Jarrod Uthoff scored 20 points and Aaron White added 15 points and 12 rebounds for Iowa (2-2).

Matt Costello had 13 points and 11 rebounds as No. 19 Michigan State overpowered Loyola of Chicago 87-52 on Friday night. Branden Dawson and Marvin Clark Jr. each scored 15 for the Spartans (2-1). Travis Trice added 13 and Denzel Valentine 12, and Michigan State never trailed.

D.J. Newbill had 26 points including the driving layup as the buzzer sounded to lift Penn State to a 72-71 victory over Cornell at the Charleston Classic on Friday night.