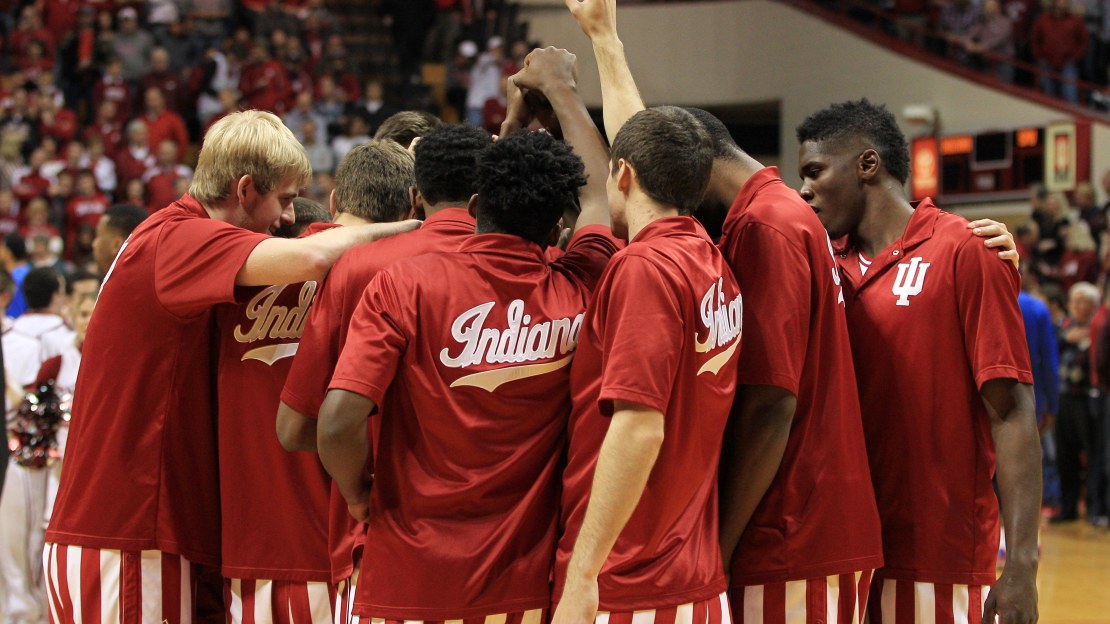 There were eight Big Ten men?s basketball games on Thursday.

Michigan kicked off the night with a 71-62 win over Detroit, and Indiana followed with an impressive 74-68 victory over SMU to highlight the slate.

Catch up on all of Thursday night?s Big Ten action and get video highlights below.

CHARLOTTE 106, PENN STATE 97 (2OT): BOX | PBP | AP RECAP
Braxton Ogbueze scored a career high 26 points, including the opening basket of the second overtime as Charlotte held on to defeat Penn State 103-97 after squandering a 17-point lead in the second half at the Charleston Classic on Thursday night.

MICHIGAN 71, DETROIT 62: BOX | PBP | AP RECAP
Caris LeVert had 21 points and nine rebounds, and No. 24 Michigan scored 11 straight points late in the second half to hold off upset-minded Detroit 71-62 on Thursday night.

MARYLAND 66, FORDHAM 50: BOX | PBP | AP RECAP
Freshman Jared Nickens had his first game in double figures with 13 points and Maryland won its third straight matchup to open the season with a 66-50 victory over Fordham on Thursday night.

NORTHWESTERN 69, NORTH FLORIDA 67: BOX | PBP | AP RECAP
Tre Demps scored 15 points, including a go-ahead jumper with 2.5 seconds left, to lead Northwestern to a 69-67 win over North Florida in the first round of the Cancun Challenge on Thursday night.