Best of Week 13: Should Cornhuskers be on upset alert? 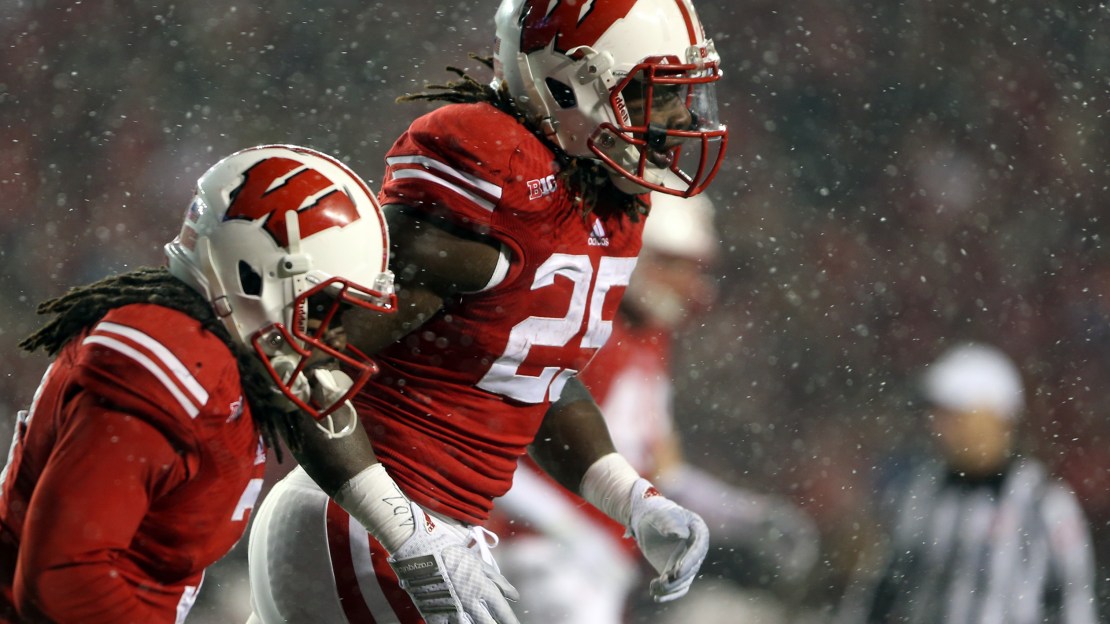 The final two weeks of the season are on our doorstep. Ohio State remains in firm control of the East Division. But the West is up for grabs among four schools.

And it all comes down to these last two Saturdays, beginning with Wisconsin at Iowa and Minnesota at Nebraska.

BEST GAME: Wisconsin at Iowa. This is a big West Division clash that will go a long way toward determining who wins the crown and advances to the league title game in Indianapolis. The Hawkeyes have been on a loss-win-loss-win pattern the last four games, showing maddening inconsistency. Still, Iowa controls its destiny with a visit from Nebraska looming after this game. Win out, and the Hawkeyes will go to the Big Ten title game for the first time. The Badgers are rolling, winners of five in a row after the inexplicable loss at Northwestern. No team is playing better defense than the Badgers, which is No. 1 in the nation in total defense (244.0 ypg). And no running back is hotter than Melvin Gordon, who is coming off a mesmerizing 408-yard rushing effort. UW is the only West school with just one league loss.

BEST MATCHUP: How about Indiana?s Tevin Coleman vs. the Ohio State d-line? Coleman continues to amaze, coming off a school single-game record 307 yards rushing at Rutgers and ranking No. 2 in the Big Ten in rushing (167.8 ypg) with 214 carries for 1,678 yards and 12 rushing TDs. And Coleman is doing all of this despite playing in an offense that has no balance, as Indiana is No. 12 in the Big Ten in passing (146.4 ypg). He?ll face perhaps the best d-line in the Big Ten led by Joey Bosa and Michael Bennett.

PLAYER ON THE SPOT: Nebraska QB Tommy Armstrong. He has struggled the last two games, hitting 8-of-21 passes (38 percent) for 118 yards with a touchdown and two picks vs. Purdue and 6-of-18 (33 percent) for 62 yards with a touchdown and a pick at Wisconsin. He needs to play better if the Cornhuskers want to rebound from the horrific loss in Madison-especially if Ameer Abdullah still isn?t himself after hurting a knee on Nov. 1. Without run-pass balance, Nebraska will struggle.

KEEP AN EYE ON: Iowa?s ability to run the ball. The Hawkeyes are coming off their best rushing effort of the season, ripping Illinois for 304 yards. Mark Weisman had his first 100-yard rushing game of the season, notching 134 for an attack that has had issues with its ground game most of the season (163.3 ypg/7th in the Big Ten). A strong rushing attack would keep Wisconsin?s Big Ten-leading rushing offense on the sideline for extended periods. And that would give the Hawkeyes a shot to pull the upset with this formula: run the ball, get a lead, control the clock, keep Melvin Gordon on the sideline, make Wisconsin play from behind and pass.

BEST COACHING MATCHUP: Wisconsin?s Gary Andersen vs. Iowa?s Kirk Ferentz should be good. Andersen continues to steer the Badgers on an upward ascent in his second season in Madison. It will be interesting to see how far he can take things once he gets a quarterback that fits his system. Ferentz is the Big Ten?s most tenured coach who has the Hawkeyes exactly where I thought they?d be back in August: two wins away from clinching the Big Ten West. It hasn?t always been pretty, but the results speak for themselves. Ferentz is the classic pro?s pro.

BEST QUARTERBACK MATCHUP: Penn State?s Christian Hackenberg and Illinois Wes Lunt both seemingly have a future in the NFL. But neither has had an ideal season for different reasons. Hackenberg has had to work behind a spotty line, putting him under constant pressure. He has been sacked 37 times and tossed 14 interceptions with only seven touchdown passes. Lunt broke a leg on October 4 vs. Purdue and missed three games before returning last week vs. Iowa, muting some solid numbers that have seen the Oklahoma State transfer throw 14 touchdowns with just three picks and a 65-percent completion percentage. Physically, these guys are NFL prototypes with big-time arms. Things will get better with time.

BEST COORDINATOR BATTLE: Let?s go with Wisconsin offensive coordinator Andy Ludwig vs. Iowa defensive coordinator Phil Parker. Ludwig is an underrated play-caller who has done a good job pushing the buttons on the Badger offense that gets better each week. Ludwig is deftly managing a two-quarterback system that could be ruinous. But it hasn?t been, with a monster ground game led by Melvin Gordon keeping things running smoothly. Parker is a former defensive back who excels in coverages, but it?s his run defense that will be put to the test vs. Wisconsin. Iowa is No. 6 vs. the rush (147.8 ypg); the Badgers are No. 1 in rushing (351.2 ypg). If Wisconsin runs with aplomb, the Hawkeyes likely are doomed.

UPSET ALERT: Minnesota had lost 16 in a row to Nebraska before beating the Cornhuskers last year, 34-23, in the Twin Cities. The Gophers? last win in Lincoln was in 1960. No doubt, Jerry Kill?s crew doesn?t fear the Huskers. If Minnesota?s offense is able to establish a threat of a down-field passing game, the Gophers may be able to dump Nebraska for a second season in a row. Each team is coming off a loss, with Minnesota falling in a close game at home to Ohio State, 31-24, and the Cornhuskers getting emasculated, 59-24, at Wisconsin. How will Nebraska respond?