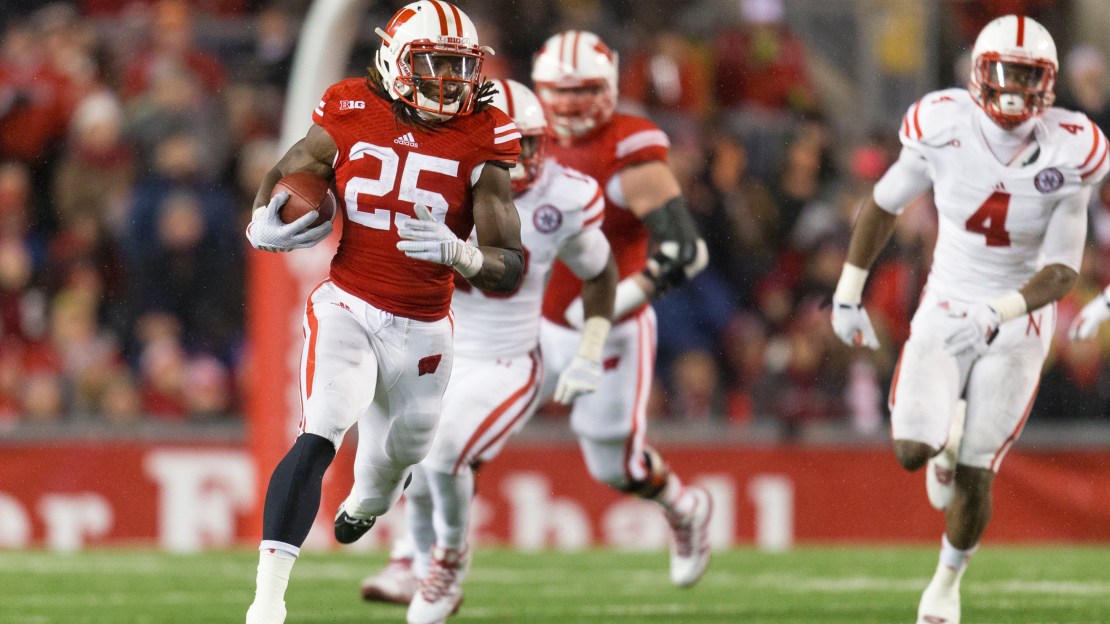 It was a performance for the ages-and it could have been even better had Gordon not been pulled from the blowout 59-24 win over then-No. 16 Nebraska after the third quarter. As it was, Gordon ran just 25 times and averaged 16.3 yards per carry with four touchdowns.

The effort has legitimized Gordon?s Heisman status. And it also has put him within shot of setting the NCAA FBS single-season rushing record set by Oklahoma State?s Barry Sanders back in 1988.

Sanders ran for 2,628 yards and scored 39 touchdowns, averaging 238.9 yards rushing per game. But it?s important to note that he accomplished all of that in 11 games during a Heisman Trophy-winning season. He ran for 222 yards vs. Wyoming in the Holiday Bowl, but bowl game statistics didn't start counting toward totals until 2002. So, add that to Sanders? total, and his 1988 number jumps to 2,850 yards rushing (237.5 ypg) on 373 carries (7.6 ypc). Stunning.

Gordon already has played 10 games, running 223 times for 1,909 yards, which comes to a 190.9-yard rushing average per game (8.6 ypc) with two regular-season games left. His 2014 number already could be well over 2,000 yards had Gordon not been pulled early from some games or had to share time with Corey Clement, who has rushed 119 times for 742 yards.

Gordon is guaranteed to play in a bowl. And he could add another game if the Badgers win the West and get to the Big Ten championship tilt.

Add it all up, and Gordon may play 14 games-giving him a big edge over Sanders. Should Gordon break Sanders? mark, it still will be impressive.

Gordon is 720 yards from toppling Sanders from the single-season rushing summit. If Gordon plays just three more games, he?ll need to average 240 yards on the ground. This season, he has had games of 253, 259, 205 and 408 yards rushing, efforts that helped make him a Doak Walker Award semifinalist, announced Wednesday.

If Gordon plays four more games, that average drops to a very manageable 180. He has rushed for 175 or more yards in six games this season. His only game under 100 in 2014 was a 38-yard effort vs. FCS Western Illinois on Sept. 6.