Wisconsin defense shining, in Big Ten and on NFL Sundays 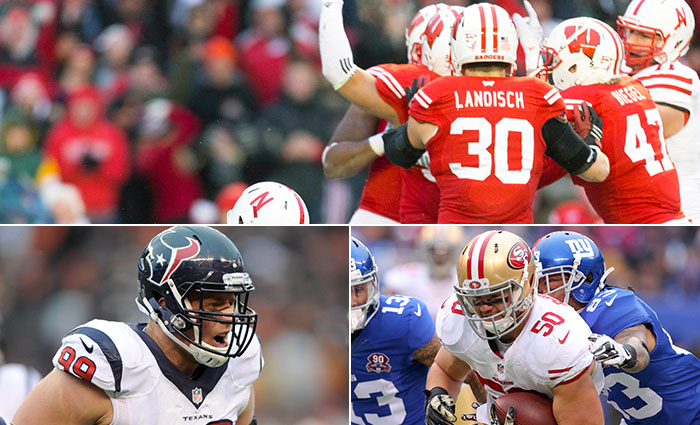 Yes, it's very, very good to be a member of the Wisconsin defense right now.

Not only is the unit ranked No. 1 in the NCAA, but two of its top pros just swept the NFL's defensive player of the week honors.

One of those guys is J.J. Watt, no stranger to such accolades. Watt won AFC honors for the second time this season after registering five tackles, a sack, a forced fumble and a fumble recovery in Houston's 23-7 win at Cleveland.

Watt also added a touchdown reception, his second offensive score of the season.

The other guy is rookie Chris Borland, who broke out for 13 tackles, two interceptions and three pass deflections in San Francisco's 16-10 win at the New York Giants.