Best of Week 12: Enjoy the terrific running back battle in Madison! 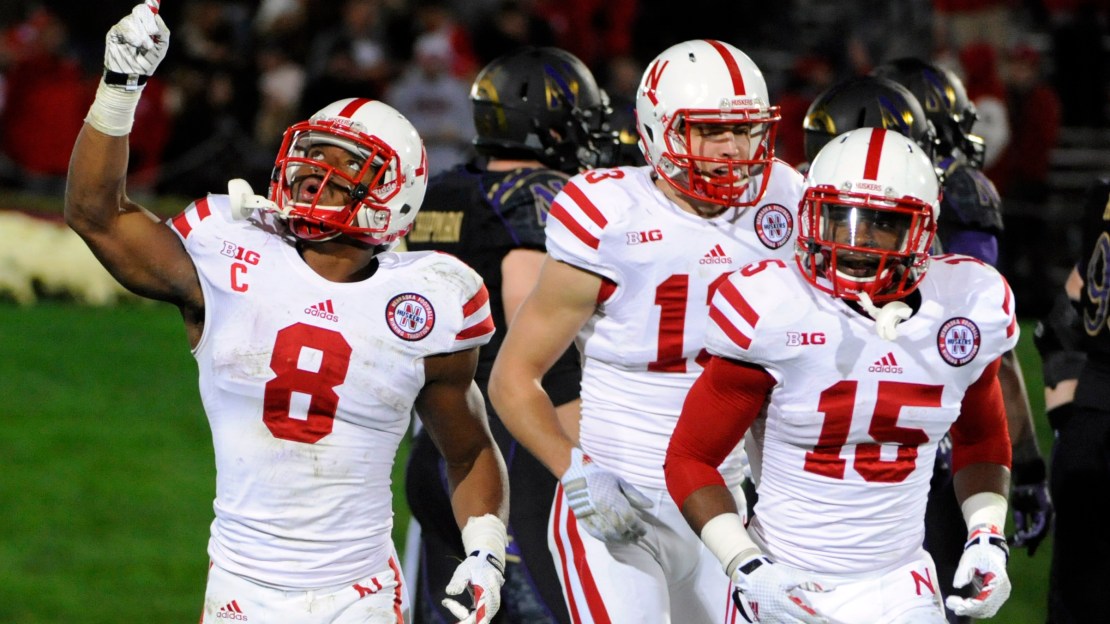 Week 12 is filled with some intriguing storylines, with all eyes on the Nebraska at Wisconsin game. And the battle within the battle between running backs Ameer Abdullah and Melvin Gordon should be great theatre.

The Ohio State at Minnesota game is interesting, with each team coming off an impressive victory. Will either have a letdown?

BEST GAME: First place in the West will be on the line when Nebraska visits Camp Randall Stadium. For each team, this is the first of three season-ending games that figure to define their season as each also still must play Iowa and Minnesota. Nebraska-which was off last week–has to be thinking payback after getting whipped 70-31 by Wisconsin in the 2012 Big Ten championship game. And the Cornhuskers were embarrassed 48-17 in their last trip to Madison in 2011.

BEST MATCHUP: These guys won?t face each other, but we have to highlight the running back battle between Nebraska?s Ameer Abdullah and Wisconsin?s Melvin Gordon. Abdullah has four 200-yard rushing games this season, the most in the nation, and is No. 3 in the Big Ten in rushing (138.9 ypg). Gordon is in the thick of the Heisman hunt, leading the conference with an average of 166.8 rushing yards per game with a Big Ten-high 19 rushing scores. Keep an eye on Abdullah, who ran six times for just one yard the last time out vs. Purdue before hurting a knee. He wore a brace on his left knee in practice this week. How will he perform?

PLAYER ON THE SPOT: Nebraska QB Tommy Armstrong. He is hitting just 53 percent of his passes and has eight interceptions. The last time out, Armstrong completed just 8-of-21 passes for 118 yards with a touchdown and pick vs. Purdue. In fact, he has completed less than 50 percent of his passes in three of the last five games. He?ll need to pass well to create running room for Ameer Abdullah vs. a rugged Wisconsin defense that ranks No. 1 in the nation overall.

KEEP AN EYE ON: Michigan State?s psyche. How will the Spartans respond coming off a tough home loss to Ohio State that killed their playoff hopes and damaged their Big Ten title dreams? The Spartans will wade into Byrd Stadium for a night game vs. a Maryland squad that?s coming off a bye. The Terps average 30.3 points, so they could inflict some damage on a MSU defense that just got ripped for 49 points by Ohio State. But Maryland will be without star wideout Stefon Diggs, who is injured and suspended for this game due to his conduct the last time out in a contest at Penn State.

BEST COACHING MATCHUP: Let?s go with Maryland?s Randy Edsall vs. Michigan State?s Mark Dantonio. Each is a no-nonsense coach who has proven to be a program-builder. Dantonio already is an all-time great in East Lansing. Edsall made UConn football matter from 1999-2010 in Storrs, Connecticut, taking the program from FCS to FBS to a Fiesta Bowl. And he?s putting his stamp on Maryland. Lack of ego, hard work and discipline are hallmarks of each coach.

BEST COORDINATOR BATTLE: The clash between Nebraska offensive coordinator Tim Beck and Wisconsin defensive coordinator Dave Aranda could be good. These two never have met, as the Cornhuskers and Badgers didn?t play in 2013. Each coordinator has an aggressive mind-set, preferring to attack. Beck?s offense is No. 3 in the Big Ten in scoring (40.4 ppg) and No. 3 overall (490.6 ypg). Aranda?s defense is No. 1 in the conference in scoring (14.3 ppg) and overall (251.1 ypg). Something has to give, right?

UPSET ALERT: The Golden Gophers could dump the Buckeyes in TCF Bank Stadium. Each team is coming off a big, impressive win. But Ohio State?s win in East Lansing was especially emotional, cementing the Buckeyes as the team to beat in the East and thrusting OSU into the playoff conversation. Can Urban Meyer?s crew get up for another big game on the road vs. a Minnesota club that crushed Iowa in the Twin Cities last week?