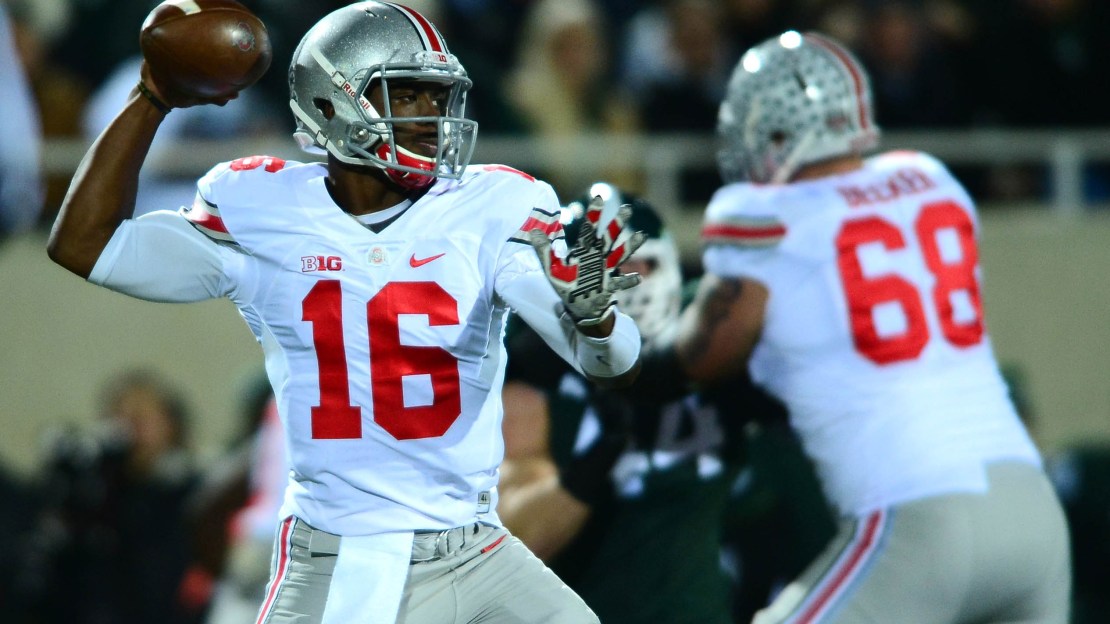 Week 12 of the Big Ten football season is here. What am I buying and selling this week?

Ohio State will be emotionally drained after its big win at Michigan State.

Sell. I may have bought that had Minnesota gotten beat at home last week by Iowa. But the Golden Gophers clobbered the Hawkeyes, 51-14. No doubt, that got the attention of Urban Meyer and the Buckeyes. Yes, Ohio State may be a bit flat for a half or so coming off the impressive victory in East Lansing. But in the end, the Buckeyes? talent will take over and OSU will take care of business in the Twin Cities to remain on course to win the East and remain in contention for a playoff spot.

Sell. I?m sure there are scenarios in which it can happen, but I just don?t see the league getting a team in the inaugural playoffs. Ohio State is No. 8 in the most recent College Football Playoff poll. The Buckeyes are behind the likes of Mississippi State, Oregon, Florida State, TCU, Alabama, Arizona State and Baylor. Yes, there will be some attrition amongst those teams down the stretch beginning this Saturday with Mississippi State and Alabama playing. But probably not enough to help the Buckeyes, whose resume won?t receive much of a bump the rest of the way. And that?s the biggest rub against Ohio State: A dearth of big-time quality opponents on the remaining schedule.

Buy. Each of these schools has a dysfunctional attack for different reasons. The Nittany Lions have floundered largely because of a line that?s not up to Big Ten quality-especially along the interior. As a result, Christian Hackenberg is under constant pressure and the ground game has struggled. PSU is No. 13 in the Big Ten in scoring (20.3 ppg) and No. 13 in overall offense (338.0 ypg). Indiana?s attack has gone south since QB Nate Sudfeld injured a shoulder at Iowa a month ago. In the three games since then, the Hoosiers have scored a combined 34 points. The IU passing game is No. 13 in the conference (142.8 ypg). The fact the Nittany Lions still have a quality signal-caller gives their offense the edge over Indiana?s attack, which is basically Tevin Coleman left, Tevin Coleman right and Tevin Coleman up the middle.

Buy. Yes, I think the 5-4 Scarlet Knights will get one more win to earn bowl eligibility. And that one win may come this Saturday when Indiana visits Piscataway. Yes, RU has been outscored 135-41 the last three games. But that was vs. the likes of Ohio State, Nebraska and Wisconsin. The Scarlet Knights were off last week and presumably are refocused. If Rutgers fails to win this Saturday, bowl hopes may be dicey with games left at Michigan State and at Maryland.

Buy. Yes, Wisconsin?s Melvin Gordon has been good. Ditto Indiana?s Tevin Coleman and Nebraska?s Ameer Abdullah. But at this point, I think the honor has to go to Barrett, who only continues to get better. He paces the Big Ten in passing efficiency, completing 64 percent of his attempts for 2,156 yards with a league-high 26 touchdowns and only seven interceptions. He?s even No. 10 in the Big Ten in rushing (64.7 ypg), running 119 times for 582 yards and eight TDs. No wonder Barrett also leads the league in total offense (304.2 ypg), coming off his best effort yet in a 49-37 win at Michigan State. In that game, Barrett hit 16-of-26 passes for 300 yards and three touchdowns, while also running 14 times for 86 yards and two scores. It was an incredible performance vs. a top-flight foe in a hostile environment in a prime-time mega matchup.