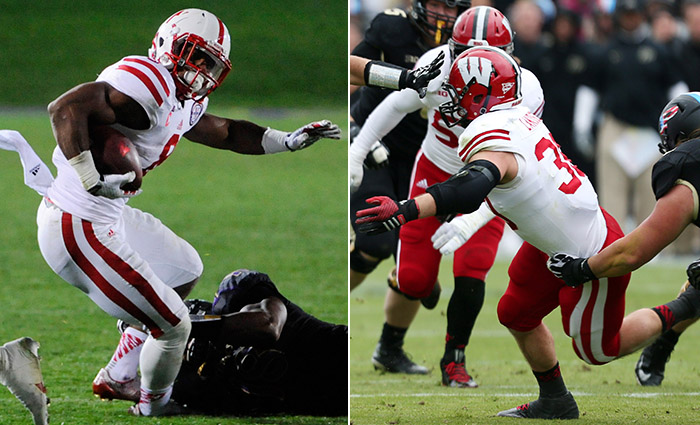 The numbers for the Wisconsin defense are impressive. The unit ranks first nationally in total defense (251.1 yards per game), third in passing defense (156.8), fifth in rushing defense (94.3) and third in scoring defense (14.3 points per game).

Those figures are a big reason why the Badgers are tied for first in the Big Ten West with their eyes set on getting to the Big Ten championship game, where the program went in 2012 and 2013. And Wisconsin can take a big step toward its goal by beating Nebraska when it visits Camp Randall Stadium this Saturday.

Players like safety Michael Caputo, Derek Landisch, Marcus Trotter and Vince Biegel, among others, make it go for a defense that had to rebuild its front seven. No doubt, coordinator Dave Aranda has done a spectacular job crafting this defense in 2014.

While the statistics looks good, Wisconsin (7-2 overall and 4-1 in the Big Ten) hasn?t exactly faced a lot of top offenses that will remind folks of Peyton Manning and the Denver Broncos.

Check out where the offenses of the Badgers? FBS opponents rank nationally entering this weekend.

How should the Huskers attack the Badgers? 3-4 scheme?

?I think Nebraska will try to get on the perimeter,? said a Big Ten offensive coordinator who has faced the Wisconsin defense this season. ?I think they?ll take those defensive ends and make those guys be more C-gap players so they can?t get outside. Once those ends become C-gap players, that nose tackle becomes a double-gap guy, and I think that hurts their defense. I think Wisconsin will come off the edge a bit more and try to get more penetration up the field.?

Is there one area of the Wisconsin defense that is vulnerable?

?Again, if you can hook their ends and get some outside runs, that?s the one spot. I thought we did. But we did some things they never had seen before. And they struggled, but they hadn?t practiced against that stuff.?

An X-factor this Saturday will be star Huskers running back Ameer Abdullah, who wore a brace on his left knee in practice this week after sustaining a bruise and sprain in a game vs. Purdue on Nov. 1. Nebraska didn?t play last week, giving Abdullah time to recuperate.

The senior may be the best player in the Big Ten, ranking No. 3 in the league in rushing (138.9 ypg) with 186 carries for 1,250 yards and 17 TDs. He doubles as a deadly kickoff return man, ranking No. 2 in the league (24.7 ypr). How effective will Abdullah be vs. Wisconsin after carrying six times for one yard vs. Purdue before leaving the game injured?

"I would expect him to play," Pelini said earlier this week. "If I was a doctor and had a crystal ball, I'd be able to answer with some certainty."

"Given the class act he is," Andersen said, "I truly hope he is 100 percent. The guy has a highlight reel. He has 5- or 6-yard runs where he is cutting and moving and bobbing and weaving and then being physical at the end. They might not make the sports highlight reel, but they make the coaches' highlight reel."

The Badger defense will be waiting.

?No. 1, they are really well-coached,? said the offensive coordinator. ?There are certain teams that are always in the right gap, always doing the right thing and the kids have bought into that system.

?Their ends are what we call ?4s,? head up on the tackle. It gives them a two-way go and it puts a lot of pressure on the offensive tackles. The OTs normally don?t have that issue. The guards will every once in a while with a guy head-up. We were able to hook those ends and do some quarterback run game to get outside. They just play hard. I have so much respect for those guys. They run to the ball well.?

It?s going to be a fun chess match to watch unfold between the Wisconsin defense and the Nebraska offense. The winner of this battle probably will see their team prevail, as well.