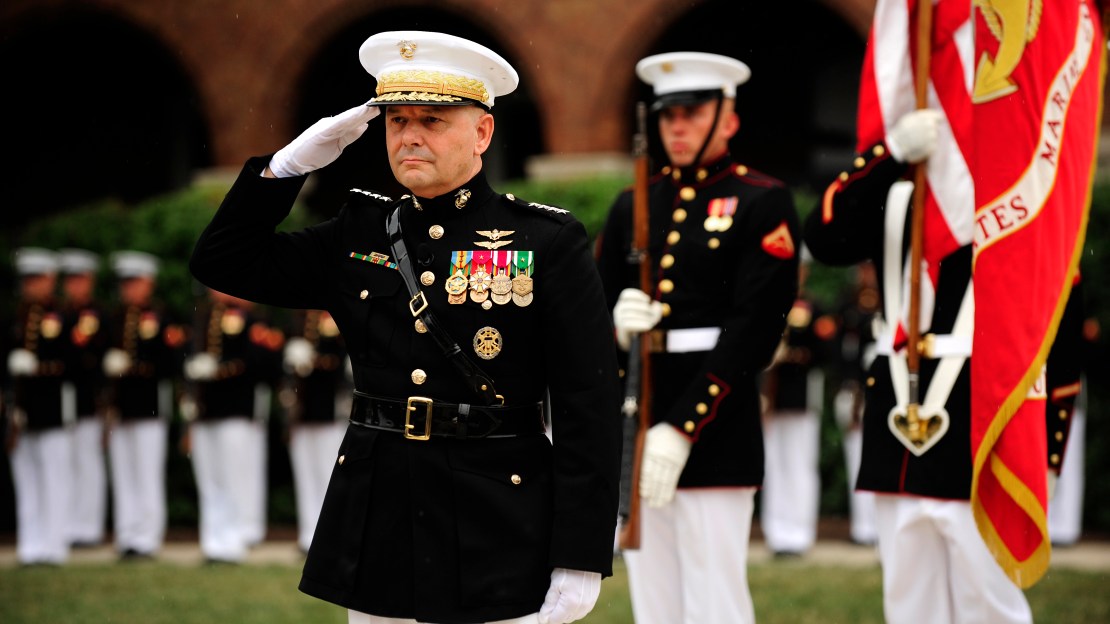 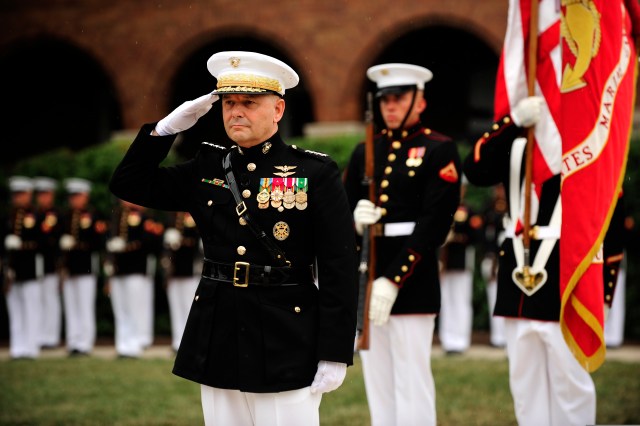 Many athletes have been drafted out of the University of Iowa and gone on to do impressive things. But not many have made as much of an impact as a former Hawkeye swimmer.

Wait ? a swimmer? Who was drafted?

It?s true. In the late 1960s, James Cartwright earned a swimming scholarship at Iowa. He was drafted by the military, however, not a professional sports team. During the next few decades, he rose to the rank of four-star general - and perhaps no one is more surprised by that than Cartwright himself.

?Joining the military was never on my radar,? he said. ?During my sophomore year at Iowa, I received notification that I had been drafted. I stayed for two more years with the deferment period to finish my degree and then went into the military thinking, ?OK, I?ll do my two years and move back to the civil sector.? But I never left.?

Cartwright?s time spent as a student-athlete prepared him for the move to officer training in aviation. From the water to the sky, his ability to prioritize was influenced by his experience at Iowa.

?I was on a scholarship for swimming,? he explained. ?Along with the academic schedule, the discipline of doing both was part and parcel to putting together the skills necessary to be a leader and work your way through the academic stuff and apply that in the real world.?

Cartwright said that when he looked back on what he achieved after leaving Iowa?s campus, he saw his career path was charted incrementally over the years.

?Once I started down the aviation track, I found that I really enjoyed - loved - what I was doing,? he said. ?That grew over the years with various jobs and assignments. At each major milestone where I had a choice to stay or go, the opportunities I saw and the things that aligned with what I believe in all said ?Stay.?

?I never really thought I would be there for 40 years, but it was a lifestyle and work I enjoyed.?

His service and leadership impressed those around him, and Cartwright climbed up the ranks. In 2004, he became the 40th four-star general in the history of the United States military, and head of the U.S. Strategic Command.

Three years later, Cartwright accepted the role of Vice Chairman of the Joint Chiefs of Staff, making him the second-highest ranking individual in the United States Armed Forces.

During his retirement ceremony in 2011, Cartwright was presented with the Department of Defense?s Distinguished Service Medal, and also received corresponding honors from the Army, Navy, Air Force and Coast Guard for his role in planning out Operation Neptune?s Spear, which resulted in the death of the world?s most notorious terrorist.

?He was instrumental in the planning and execution of the operation that took bin Laden down,? then-Defense Secretary Leon Panetta said of Cartwright at the general?s retirement ceremony. ?It is an achievement that all of us are very proud of, particularly because it is an example of the kind of teamwork, courage and unique skills that make the United States of America one of the strongest countries in the world.?

Since his retirement, Cartwright has held a number of roles including serving as the Harold Brown Chair in Defense Policy Studies at the Center for Strategic & International Studies in Washington, D.C. There, he has become one of the world?s foremost authorities on nuclear weapons, and has become an outspoken advocate for worldwide disarmament.

?A lot of my work, for the United States and internationally, is focused on the nuclear enterprise,? he said. ?From the standpoint of whether or not countries have weapons, do they want them, could they get them, etc. I also work on missile defense and improving capabilities for us and our allies, and spend a lot of time on space and cyberspace policy and law in the U.S. and overseas.?

Those are issues that will be relevant for a long time to come. And Cartwright indicated that the leadership of the United States will continue to be important for order and peace in the world.

?Of the trends that are out there that are probably going to challenge us, the No. 1 that you see in the Middle East and other part of the world is this ability of those who would govern maintaining the credibility to govern,? Cartwright said. ?If the people don?t believe in what you?re doing and don?t believe it?s moving them in the right direction, it?s going to be difficult to govern. In this Information Age, as you look at the Arab Spring and what?s going on in Syria right now, an informed public - what the intelligence community calls ?a growing middle class on a global scale? - is questioning why their leaders are doing what they?re doing, and why those leaders aren?t being held accountable when they fail. The likelihood of these conflicts going away anytime soon is slim.?

Throughout his career, continuing his education has been a critical part of his life.

?Continuing education is the key differentiator for anyone who aspires to move up in leadership, whether it?s in corporate America, the government or military,? he said. ?If you?re not willing to invest in education, and if it isn?t a lifelong effort and desire and passion on your part ? you wouldn?t have the understanding of diverse issues necessary for leadership positions. If you?re not willing to put in the time on your education, you lose credibility with those who you?re leading, and that undermines your ability to lead.?

The leadership provided by General Cartwright, a Hawkeye at heart, has been instrumental in protecting the freedom we celebrate this Veteran?s Day weekend. 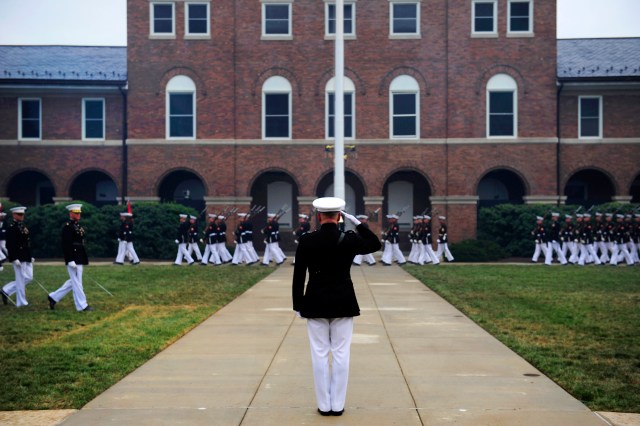