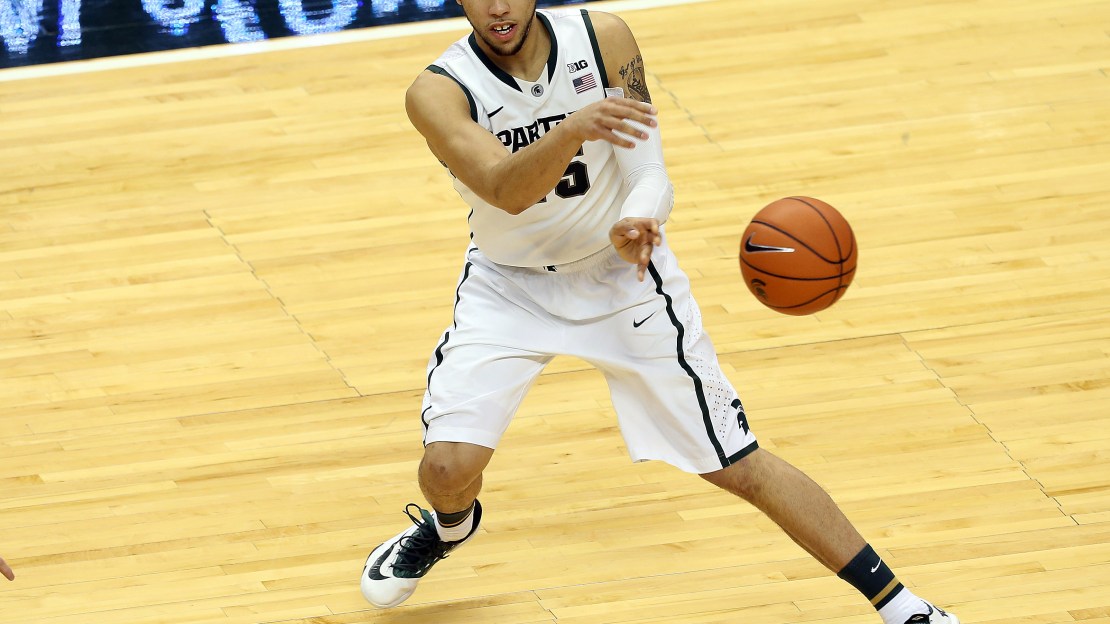 Four Big Ten hoops teams were in action on Friday night. Purdue kicked off the night with an impressive 90-49 victory over Carroll College. Michigan State followed with a 101-46 win over St. Cloud State, while Illinois had a commanding 91-62 victory over Quincy and Northwestern  cruised to a 102-52 win over McKendree.

Best player: It has to be Michigan State junior Denzel Valentine. The Spartans' talented do-it-all guard put up a triple-double with 15 points, 11 rebounds and 11 assists. This guy is a dark horse candidate to be the Big Ten Player of the Year this season. He's that talented.

Best play: Late in the first half, Purdue guard Jon Octeus drove to the hoop and threw down a huge dunk over Carrol College forward Jake Hollifield. Check it out here:

Best newcomer: Illinois freshman forward Leron Black was outstanding on Friday night. The talented freshman scored 15 points and added seven rebounds in the win. Look for this kid to be one of the most talked-about freshmen in the Big Ten this season.

Izzo on the play of his nephew, St. Cloud State guard Kevin Levandoski: "I think he's gotta get his hair cut, personally."