What did Tom Dienhart learn about Big Ten in Week 10? Here's what! 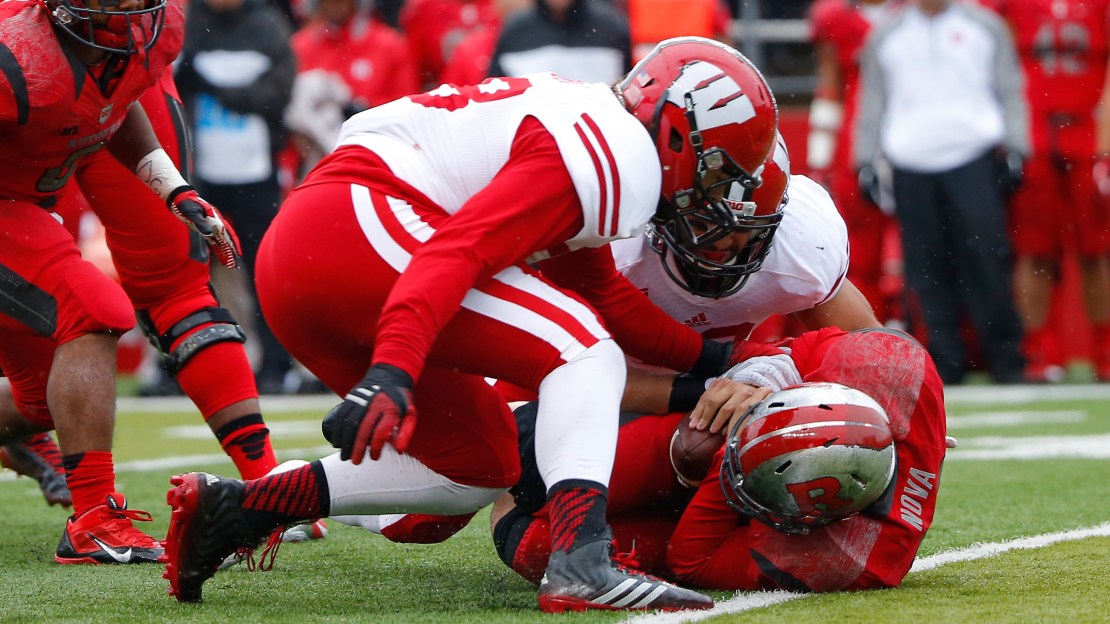 Here is what I learned in Week 10.

1. As expected, the Ohio State-Michigan State game is going to be a humdinger. The Spartans were off on Saturday but surely had to be impressed watching the Buckeyes crush visiting Illinois. Too bad the winner of this game, which pits the conference's final unbeatens, can't just be crowned the Big Ten champ. I just don?t see any team in the West having much of a shot vs. either of these teams in the conference championship game.

2. Iowa is a sleeper in the West. Yes, Nebraska and Wisconsin are getting the hype and headlines, but the Hawkeyes are tied in the loss column with the Cornhuskers and Badgers for first in the division (along with Minnesota). If Iowa continues to play like it did in a 48-7 win vs. Northwestern, it will be difficult to beat. The offense showed great life and the play along both lines was outstanding. The Hawkeyes also control their destiny with games left at Minnesota and vs. Wisconsin and Nebraska. This is gonna be fun.

3. Maryland-Penn State is a rivalry game-at least for Maryland, at this point. Terps coach Randy Edsall said as much after leading the Terrapins to their first win vs. Penn State since 1961. He also said the borderline series should get a trophy. Saturday's game was spiced up by a pregame skirmish. Then, Maryland?s captains refused to shake hands with Penn State?s captains at the pregame coin toss. This should be an interesting matchup to watch in coming years-on the field and in recruiting.

4. No matter how many times Indiana RB Tevin Coleman fumbles, he has to stay in the game. Hoosiers coach Kevin Wilson has a one-fumble rule, which forced Coleman to the sideline for a time on Saturday after he lost the ball. But this is a hamstrung IU offense that needs Coleman on the field. Indiana has just 35 total passing yards the last two weeks. Coleman has rushed for over 100 yards in 10 games in a row. He must play-all the time.

5. Michigan showed a lot of heart in notching a strong 34-10 win vs. Indiana. The Wolverines did this against the backdrop of athletic director Dave Brandon stepping down during the week in what has been a tumultuous season. Yes, Brady Hoke may be under more scrutiny now that Brandon is gone, but the players and staff are still fighting. And that?s impressive. Credit Hoke.

6. Nebraska has to play better. Yes, the final score said the Cornhuskers dominated Purdue, 35-14. But the numbers tell a different story. Nebraska was out gained, 340-297, a season-low for NU. And the Huskers committed three turnovers. Tommy Armstrong wasn?t sharp, hitting just 8-of-21 passes for 118 yards with a touchdown and two picks. Plus, Ameer Abdullah left the game with an injury after running six times for a yard, but is sounds like he?ll be OK. Nebraska needs to pick it up if it wants to win the West. The Huskers are off next week before a big game at Wisconsin.

7. The running backs just keep coming and coming. This week, it was all about the backups, as Iowa?s Akrum Wadley ran for 106 yards, Michigan?s Drake Johnson 122, Nebraska's Imani Cross 66 and Wisconsin?s Corey Clement 131. It?s good to have depth.

8. This Wisconsin defense is legit. Another Saturday, another impressive Wisconsin defensive effort. This time, the Badgers shut out Rutgers on the road, handing the Scarlet Knights their first goose egg since 2002, a span of 147 games. Wisconsin has allowed seven points in the last two games and is surrendering an average of 13.8 points in four Big Ten games.

9. Penn State QB Christian Hackenberg has to learn how to control his emotions. He too often shows his frustrations when things go wrong, displaying poor body language and yelling. No doubt, things aren?t going well for a Penn State offense that has issues up front, and that has to frustrate the star sophomore quarterback. Hackenberg-who has seven touchdown passes with 10 interceptions–often faces pressure and is under duress, getting sacked 30 times already in 2014 after getting bagged 21 times last season. But he needs to learn how to stay composed and project leadership, toughness and unflappability.

10. No team is struggling as much as Rutgers. The Scarlet Knights have lost three in a row after a 5-1 start. How bad have the last three games been? Rutgers has been outscored 135-41 in losses at Ohio State; at Nebraska; vs. Wisconsin. That comes to an average score of 45-13 in each loss. Next week?s visit from Indiana figures to be a nice opportunity for RU to get bowl eligible. If it doesn?t happen then, it may not happen with the final two games being on the road at Michigan State and at Maryland.