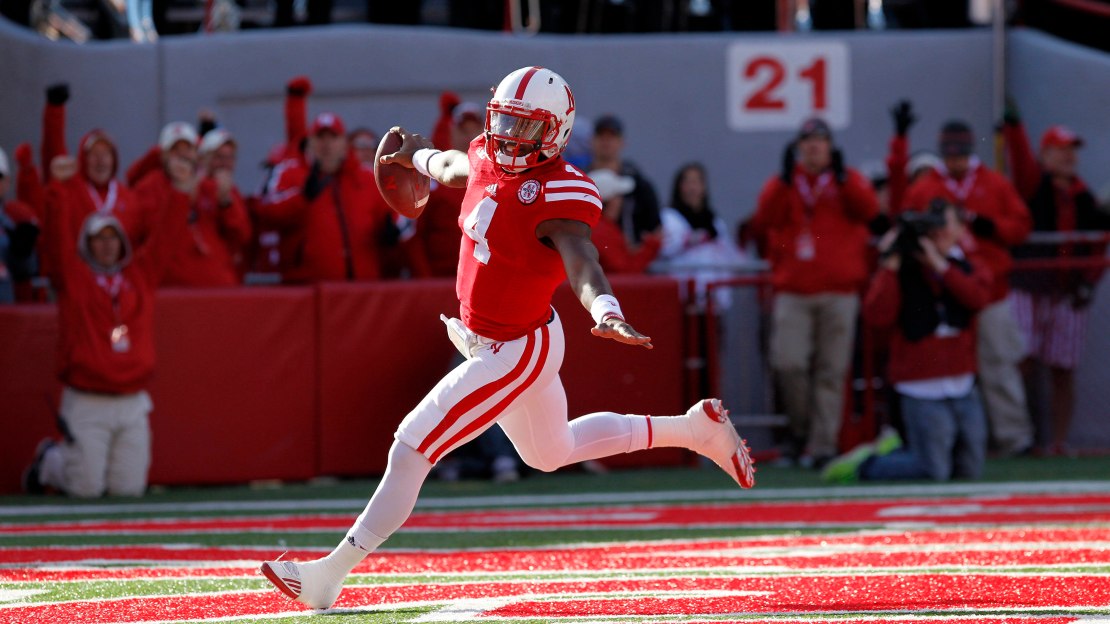 Week 10 has come and gone without any big surprises.

No. 16 Ohio State rolled to victory, setting up a battle of the Big Ten's only unbeatens next Saturday night at reigning Big Ten and Rose Bowl Game champ Michigan State. That should be fun!

Biggest surprise: There really weren?t any big surprises on Saturday. Seeing Maryland beat Penn State, 20-19, for the first time since 1961 might be the closest thing. And seeing Northwestern get steamrolled, 48-7, was a tad surprising. Otherwise, the script basically went as planned.

Biggest disappointment: Northwestern. The Wildcats needed to win at Iowa to keep West Division title hopes alive. Alas, NU got whipped, 48-7, en route to dropping a third game in a row to fall to 3-5 overall and 2-3 in the Big Ten. The Wildcats need to win three of their last four to go to a bowl. And that may be difficult with games left vs. Michigan; at Notre Dame; at Purdue; vs. Illinois.

Play this again: The Maryland at Penn State tilt had drama from beginning to end. The teams had a skirmish before kickoff. Then, the Terrapin captains refused to shake the hands of the Nittany Lions captains at the coin toss. Watch it all. Maryland then rallied to win with a late field goal to take a 20-19 triumph. Just like that, a rivalry may have been born.

Never play this again: Ohio State?s 55-14 win over Illinois was a snoozer. But let?s go with Wisconsin over Rutgers in a game that was an even bigger blowout: 37-0. The Badgers had 385 yards to the Scarlet Knights? 139, as RU never got on track with just eight first downs while going 3-of-15 on third downs. This was Wisconsin?s first road conference shutout since 1998.

Best play: Is there any doubt? It had to be Mike McHugh's fantastic one-handed sideline grab at Iowa. Yes, even though it came in a rout, and with McHugh's team on the wrong side of the ledger. The catch was that good, and you need to see it.

This catch will leave you amazed. How did you do it, Mike McHugh?! http://t.co/9bVNMdplG0

Iowa. The 48-7 win vs. Northwestern was huge for a Hawkeye squad coming off a loss at Maryland and then a bye week. Iowa clicked in all phases, notching 483 yards on offense and allowing only 180 with five sacks and a blocked punt. The Hawkeyes remain tied atop the Big Ten West (in the loss column) with big games on tap at Minnesota and later this month at home vs. Wisconsin and Nebraska.

Ohio State. The Buckeyes will roll into East Lansing next week hot, coming off a dominating 55-14 win vs. Illinois for their sixth triumph in a row. The Buckeyes have won a league record-tying 20 Big Ten regular-season games in a row and are clicking on both sides of the ball, running for 296 vs. the Illini and passing for 249. And the defense allowed only 243 yards. Keep in mind, too, the backups played much of the second half.

Maryland. The Terps rebounded nicely from a 52-7 loss at Wisconsin by rallying for a 20-19 win at Penn State despite having just 192 yards of offense. The Nittany Lions were 35-1-1 all-time vs. the Terps before today. Maryland?s lone win came in 1961. The Terrapins wanted a rivalry with PSU. This certainly will help the cause.

Wisconsin. The Badgers have won three in a row and are bowl eligible for a 13th season in succession after a 37-0 destruction of Rutgers. Wisconsin dominated in every phase. The offense notched 385 yards; the defense limited RU to 139. The defense held RU to eight first downs and didn?t allow the Scarlet Knights inside the 26-yard line.

Penn State. After opening 4-0, it?s now four losses in a row for the Nittany Lions, who fell 20-19 at home to Maryland. The defense continues to dominate, allowing just 192 yards to the Terps. But the offense can?t get on track. The Nittany Lions had just 219 yards vs. Maryland with 42 yards rushing on 41 carries. Eight penalties and four turnovers also were killer.

Northwestern. The Wildcats were held to a season-low 180 yards in a 48-7 beat down at Iowa, NU?s third loss in a row. QB Trevor Siemian floundered, hitting just 8-of-18 passes for 68 yards.

Illinois. The 55-14 loss at Ohio State brought the Illini back to reality after last week?s 28-24 win vs. Minnesota. Illinois has lost four of five games, needing to win two of its last three to make a bowl. Games are left vs. Iowa, vs. Penn State and at Northwestern. It?s gonna be close.

Maryland K Brad Craddock. He nailed the game-winning 43-yard field goal with 51 seconds left to push the Terps to victory at Penn State. Craddock has made 20 field-goal attempts in a row. Is he the best kicker in America?

Brad Craddock hit a 43-yard field goal late in the fourth quarter to give @umterps a 20-19 win over Penn State. http://t.co/4COCp2ZUqn

Iowa RB Akrum Wadley. The freshman had not carried the ball all season. He stepped up and ran 15 times for 106 yards with a TD, averaging 7.1 yards per carry. Wadley was the Hawkeyes? first 100-yard rusher in 11 games.

Wisconsin RBs Corey Clement and Melvin Gordon. The duo combined for 33 carries for 259 yards rushing with each scoring two touchdowns. Clement had 14 totes for 131 yards; Gordon had 19 carries for 128 yards, his sixth consecutive 100-yard rushing game.

Recipe for a @BadgerFootball TD: Give Melvin Gordon the ball & let him do his thing. Brought to you by @Buick. http://t.co/kFReow0YT9

Michigan RB Drake Johnson. He stepped up with a huge day, running 16 times for 122 yards with two touchdowns, averaging 7.6 yards per carry. He is the first Michigan back to run for over 100 yards this season in a Big Ten game.

Drake Johnson scores his second TD of the game for @umichfootball in 16-yards, against Indiana. #DQFanFavorite http://t.co/JSktB6uU3n

Iowa DL Louis Trinca-Pasat. The Hawkeye dominated Northwestern with five tackles and three sacks in the first half. You can't help but wonder what he would have done if he played the whole game.

Wisconsin LB Marcus Trotter. Trotter did all in the Badgers' 37-0 shutout victory at Rutgers, tallying four tackles, including one for a loss, one sack and an interception.

4, turnovers for Penn State and Illinois in losses to Maryland and Ohio State, respectively.

107, yards receiving for Michigan?s Amara Darboh on nine catches with a TD.

6, catches for Maryland?s Stefon Diggs for 53 yards. Modest? Yes, but all of that production came in the second half and helped spark Maryland to victory.

108, yards rushing for Indiana?s Tevin Coleman. It extended his streak of consecutive 100-yard rushing games to 10, the longest in school history and the longest active such streak in the nation.