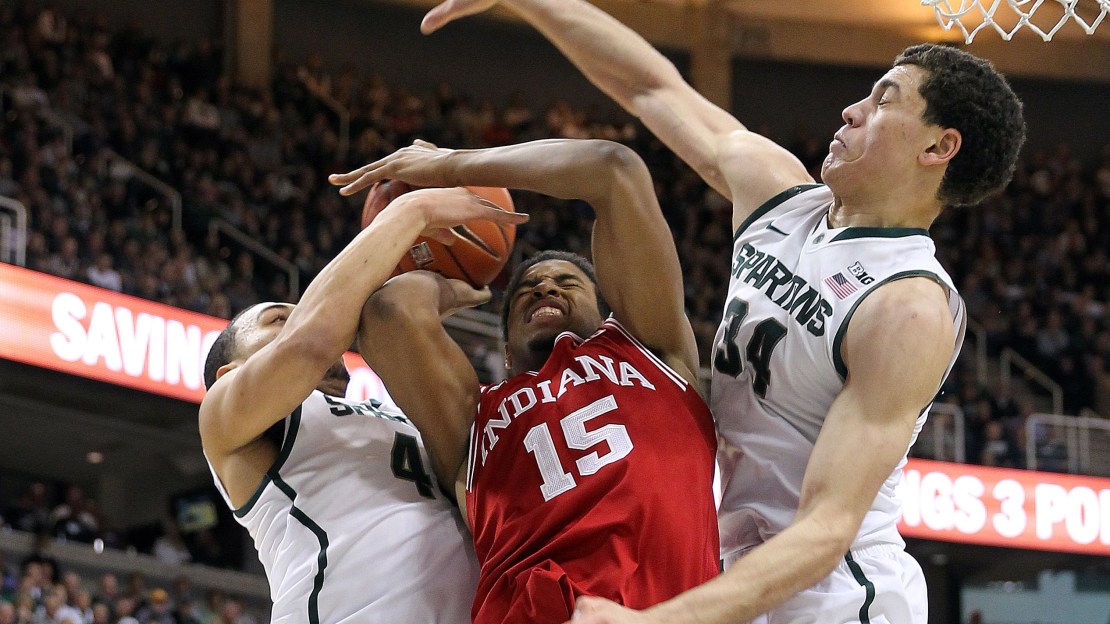 This is family, my family @IndianaMBB keep my son lifted up in prayer. God Bless you all pic.twitter.com/itD9Igkgoe

Holt and his passengers told police that they had dropped off Davis, a 19-year-old sophomore, at the Memorial Stadium parking lot about 12:45 a.m. Saturday, Bloomington Police Sgt. Jeffery Canada said.

Holt was driving away "when, for unknown reasons, Mr. Davis came into the roadway and struck the side of the vehicle near the front passenger windshield," Canada said.

Police found Davis unconscious with a head injury on the street that's just off the IU campus. Holt's Jeep Liberty had damage to its passenger side, front fender and windshield, Canada said.

JUST IN: #Hoosiers say Devin Davis' speech is normal and he has use of all extremities. Davis was hit by a car early Saturday morning.

Holt was cited for misdemeanor illegal consumption of alcohol, and for being under age 21 and operating a vehicle with a blood alcohol content above 0.02, Canada said. The school's release said Holt's BAC was 0.025.

Canada did not know whether blood tests had been done on Davis to determine whether he had been drinking, and said the investigation is continuing.

Coach Tom Crean said in the school's statement that his "thoughts are with Devin and his family."

"We will continue to support Devin and Emmitt in every possible way and I know the Hoosier family will come together to rally for these young men," Crean said.

In September, junior guard Yogi Ferrell and sophomore guard Stanford Robinson entered pretrial diversion programs after being charged in April with consumption of an alcoholic beverage by a minor and possession of false identification. And junior forward Hanner Mosquera-Perea was arrested in Bloomington in February on preliminary drunk driving charges.

Prayers go out to my bro @devin__davis and his family!! Hate to see stuff like this happen especially when its to a guy ive grown up with ?

Our thoughts go out to Devin Davis and his family. Stay strong buddy

Our thoughts are with Devin Davis and his family. Get well soon.

Literally sick to my stomach at this news. Thoughts & prayers with @devin_davis. Get well soon, #15.