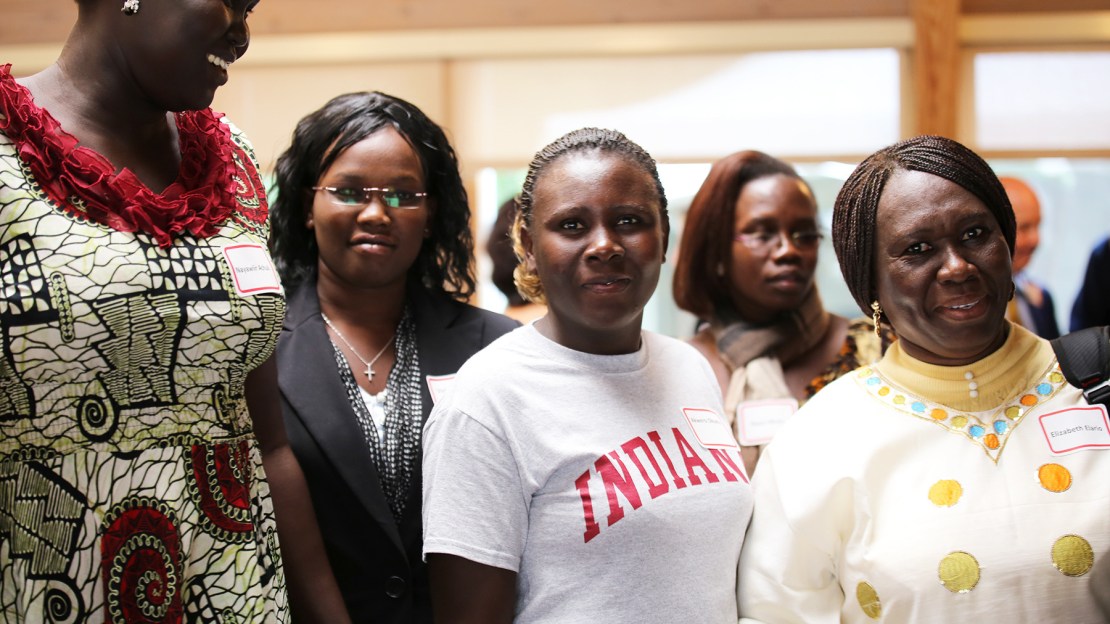 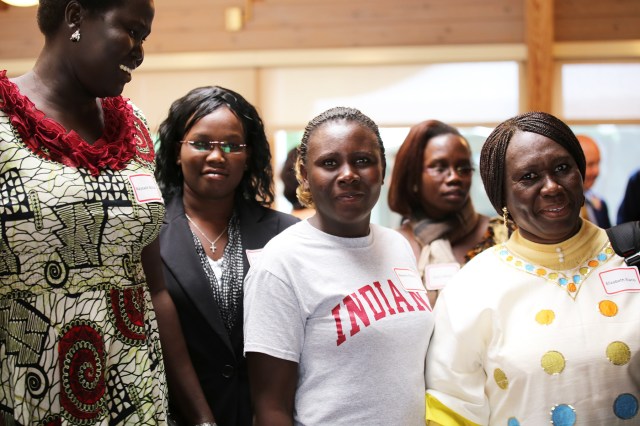 Medakpwe Irene Draga left behind her family, job and home in South Sudan to earn a master?s degree in education from Indiana University. Her dream? To help turn around the fortunes of her nation, which is currently in the midst of a civil war that?s displaced more than a million people.

?I sacrificed to come here because I felt the pain of our country,? she said. ?I had to come [and] study to be one of the women to go and educate other [South Sudanese] women. We are going to lay [the educational] foundation for the young ones, and I think this will change our country.?

Draga was one of 14 women selected to participate in the South Sudan Higher Education Initiative for Equity and Leadership Development, where she and the others will obtain their masters? degrees in education at Indiana University.

The U.S. Agency for International Development (USAID) through Higher Education for Development (HED) granted the school $3.28 million for the project. Those funds are to go toward promoting gender equality and empowering women.

USAID identified South Sudan as a priority country because it?s the newest nation in the world, having achieved its independence from Sudan in 2011, said Terry Mason, a professor in the school of education, an associate vice provost for social science and the project director at Indiana University.

?It?s undergoing a lot of rapid change and needs a lot of support to establish itself as a democracy,? he explained. ?There?s a great need for education support as well as lots of other kinds of support.?

Historically, women in the country have been excluded from educational opportunities at the highest levels, Mason said. According to ?Education in the Republic of South Sudan: Status and Challenges for a New System? from the World Bank in 2012, only 17 percent of girls have the chance to finish primary school, Mason said.

The original intent of the IU project was to carry out this and other work in the South Sudan. But in December 2013, political violence broke out and the U.S. State Department strongly advised Americans against traveling to the war-torn country, according to Mason.

?Since we realized we could not go there, it seemed reasonable ? to have students come and study here,? he said. ?There were certain things we wanted to do in South Sudan we could not do [here], but the main component of the project was to offer these master?s degrees to a group of women. So we figured why not have them come here.?

Mason and co-director Arlene Benitez began the rigorous process of selecting the students from diverse geographic and ethnic areas, but there were many obstacles.

?We were not sure we could identify a group of women who would be willing to leave their homes, their families [and] their country to come to the United States for more than a year,? Mason said. ?And the process for obtaining visas is quite complex and challenging.?

But 14 South Sudanese women arrived at Indiana University?s Bloomington campus in August and started the process of integrating into life at an American university.

?We know that a lot of the ways we educate students in the United States may not be relevant to the conditions in South Sudan,? Mason said. ?One of the ways we?re adapting the curriculum is to focus on what we call education in emergencies, education in conflict-sensitive areas and education in countries where there are limited resources.

?We?re making adjustments, and we believe [the women] will go back and be equipped with skills and tools to work under the constraints that exist in South Sudan to help improve the educational system.?

Indiana University is also bringing faculty members from South Sudanese universities to Bloomington in January for professional development and to help create a network with the students to improve higher education in South Sudan.

For Mason, success would mean all the women in the program obtain their masters? degrees, and use their knowledge to impact education in their home country.

For her part, Draga is already looking forward to going back and applying what she learns.

?In my own heart, I think ? the 14 who are here will be outstanding women in South Sudan and the world,? she said.