Big Ten links: Catch up on Thursday's headlines with these Big Ten stories 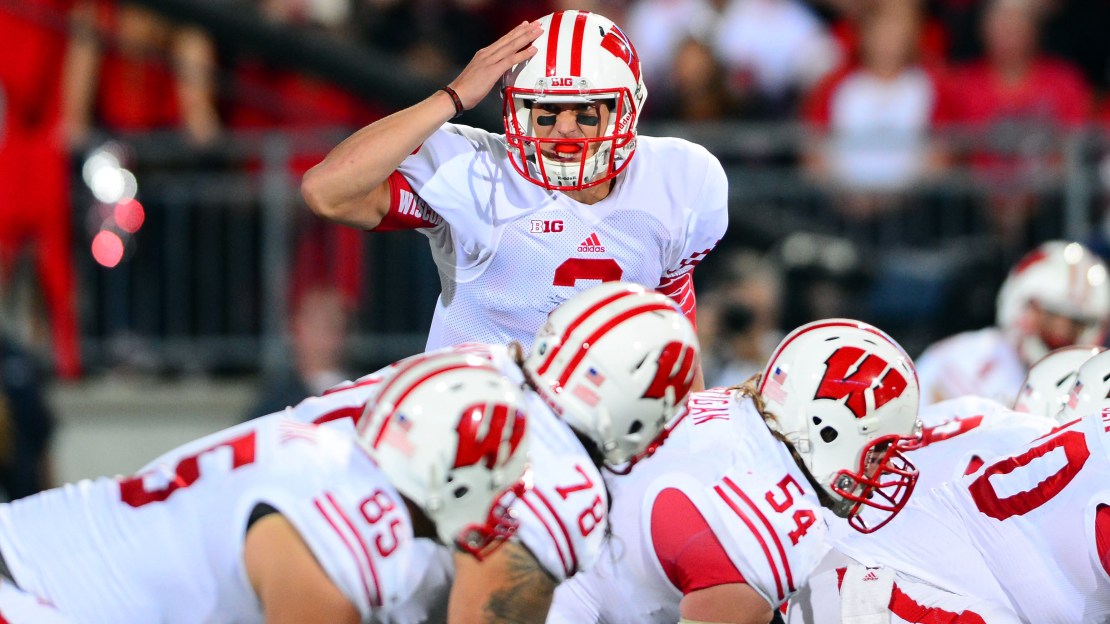 Fans at the Ohio State at Penn State probably were wondering why officials didn?t look at video replays on the Beaver Stadium big board to clear up a controversial Buckeye INT. Well, Pennlive.com explains why not.

How much sense does this make?

Got to like the frankness of Maryland coach Randy Edsall, who says in the past Penn State has gotten who they have wanted when recruiting in Maryland. He?s right. But that may be changing now that both schools are in the Big Ten.

"Penn State has always recruited down here and Penn State has pretty much always gotten who they wanted to get down here," Edsall said. "It goes back to beating them on the field to change those things. Those are the things that you have to do. We're in an area where it's a bordering state and you have the population that we have here, there is going to be a lot of people and most especially your next door neighbors that are going to come in here and recruit.

"You see it from Virginia, West Virginia, Rutgers, Pittsburgh, Penn State; all those things. They are going to be down here. It's just one of those things and what you have to do is go out and play to the best of your ability and win. That way you can probably keep more of those guys here at home."

"One year we went to New York and New Jersey," Leach said. "Basically, New Jersey has good players, but bad football. They got a lot of people and some of them can play, but overall, my opinion, they start the season late and end it early. Statistically, they send a lot of players to the NFL. They tend to have smaller schools population-wise. There's a bunch of teams I could play on."

Speaking of the Scarlet Knights, is their season spiraling out of control?

The team has lost two in a row after a 5-1 start. And a visit from Wisconsin looms. Look, I think most folks took a look at RU?s back-loaded schedule in August and saw this slump coming. No shame.

Kevin Trahan of InsideNU.com thinks that Northwestern and Iowa-who meet Saturday–are basically the same team. And, he?s right! Check out the numbers in this story.

It?s no secret: Minnesota needs some diversity on offense.

Too much run, not enough pass. We could type that each week when describing the Gopher offense. It?s probably not gonna change in 2014.

A flood has damaged the floor at Illinois? hoop arena!

University officials said the floor would be evaluated over the next couple days but the situation would not delay the Nov. 7 men?s exhibition game against Quincy. If the floor has been damaged beyond immediate repair, arrangements already have been made to secure an alternate playing floor.

A nice mail bag from David Woods of IndyStar.com.

Q: What will it take for Tevin Coleman to get invited to New York as a Heisman finalist, or am I viewing this through cream-and-crimson-colored glasses? - Jesse Pace

A: Not sure about your eyewear. But apparently Coleman needs to have a game of 500,000 yards on seven carries - all touchdowns — to get into the Heisman conversation. He has three strikes against him: 1, he plays for a losing team; 2, he plays for a low-profile program; 3, he's in the same conference with two other running backs who have had better careers and are in the Heisman chatter, Melvin Gordon and Ameer Abdullah. On the other hand, the Heisman race can change weekly, just as the projected final four for the College Football Playoff do. No one expects Coleman to win the Heisman. But if he can come close to sustaining what would be NCAA record pace - 8.8 yards per carry - and have a "signature game," he might be noticed. Might.

Some nice bowl projections from the great Scott Dochterman of the Cedar Rapids Gazette, who thinks this may be a good year for the Big Ten to slide a team into the Orange Bowl. How does a Florida State-Ohio State Orange Bowl clash sound? I likey.

Oh, in case you are wondering, Dochterman has Michigan State in the playoffs.

Football is about big plays. And Purdue?s Raheem Mostert can deliver. Proof? He?s poised to become the school?s all-time leader in kickoff return yardage and has ran back two for TDs in his career.