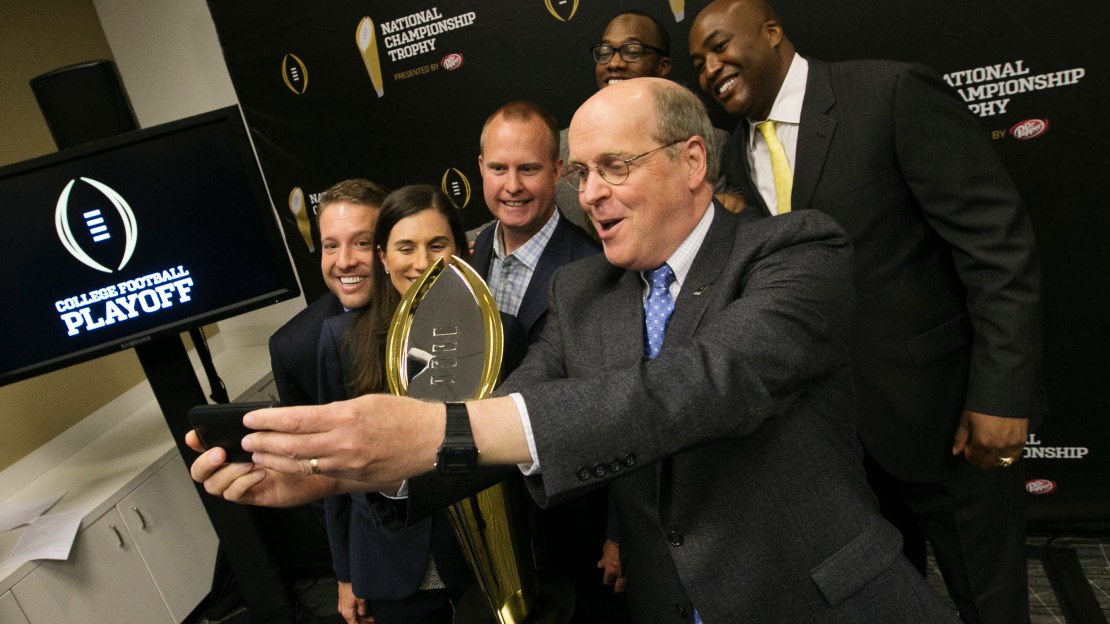 Who do I think will be in the playoff when it?s all said and done? As I wrote in my weekly Big Ten Bowl Projections, I have No. 1 Florida State playing No. 4 Oregon and No. 2 Alabama playing No. 3 Michigan State.

But what do I expect tonight? That's what's important right now.

I think it?s probably a lock that Mississippi State is No. 1 and Florida State is No. 2. Those two are the only undefeated Power 5 teams, after all.

The other two schools? I think they?ll come from the following pool: Ole Miss, Auburn, Alabama and Oregon. That said, I'll go with Auburn at No. 3 and Oregon No. 4.