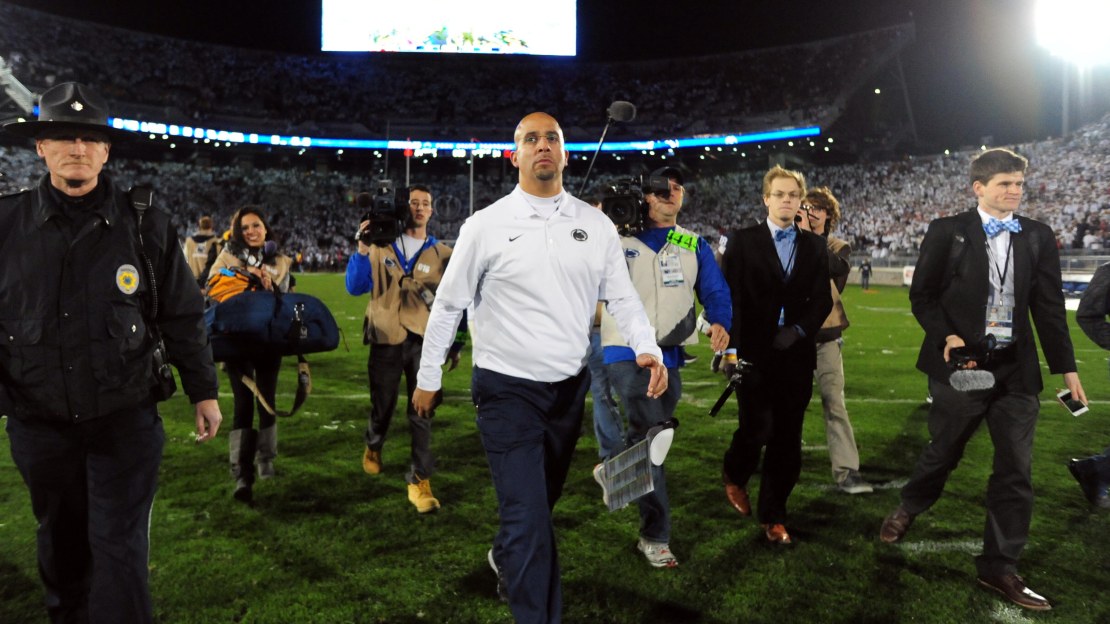 The Big Ten office has released statements on the multiple controversial calls in the Ohio State-Penn State game Saturday night.

Ohio State won the game 31-24 in double overtime, but before Penn State rallied to force overtime, there were a couple of controversial plays.

The first one occurred on a first-quarter Vonn Bell interception that Ohio State turned into a touchdown. The ball appeared to have touched the turf, however the officials could not overturn it because the replay booth was unable to view all available feeds.

Then, in the second quarter, Ohio State took a 10-0 lead on a 49-yard field goal. Problem is, the play clock appeared to expire about three seconds before the Buckeyes snapped the ball. According to the Big Ten statement, "a breakdown in officiating mechanics occurred and the crew failed to properly monitor the play clock."

Penn State coach James Franklin was not pleased after the game.

Here's what he told BTN's Rick Pizzo in a postgame interview:

"I would love to talk with you about a lot of the things that went on in the game," he said, "but I really don't want a fine."