Penn State's Keiser, Zwinak out for year with unspecified injuries 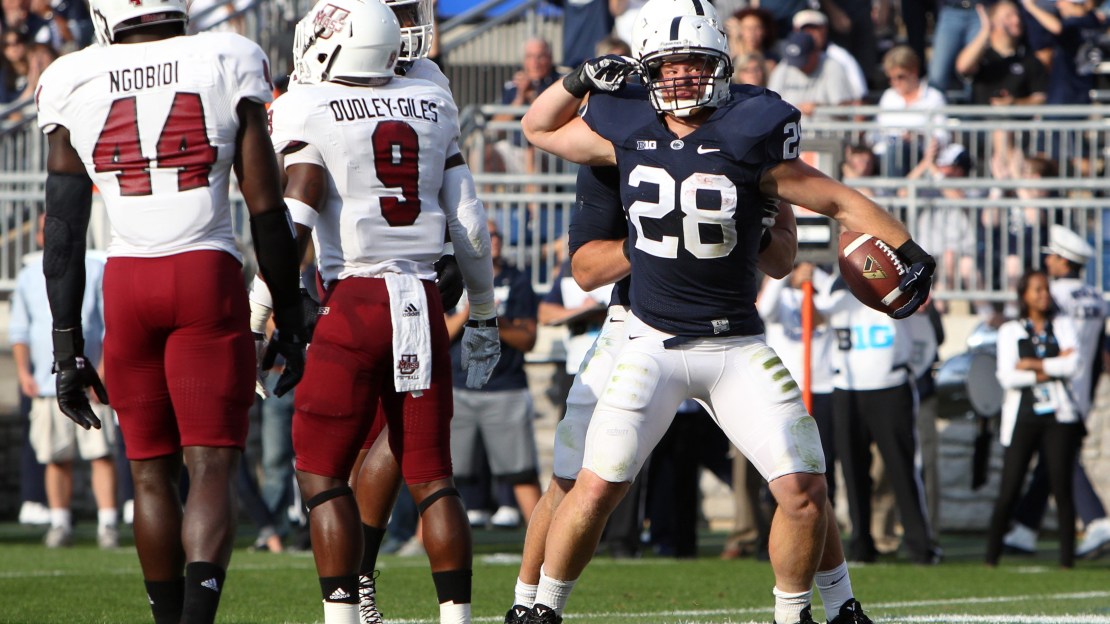 Penn State football coach James Franklin announced Monday that senior safety Ryan Keiser and senior running back Zach Zwinak will miss the remainder of the season with injuries. Coach Franklin asked that the public support and respect Ryan and Zach and their families? privacy.

Keiser, a co-captain, was injured last Thursday in practice. Zwinak sustained an injury on the opening kickoff of last Saturday?s 31-24 double overtime loss to No. 13 Ohio State.

Keiser started the initial six games of the season at free safety. Prior to last week?s game, he was No. 3 on the team with 25 tackles (17 solo), had the game-clinching interception at Rutgers and two pass break-ups. The former Selinsgrove High School standout played in 42 of a possible 43 career games, with 11 starts. Keiser made four career interceptions, including two in the end zone to clinch wins over Illinois and at Wisconsin last season. He graduated with a degree in kinesiology in August.

Zwinak finishes his career 15th on the Penn State career rushing list with 2,108 yards. Having played in all 31 games the past three seasons, he is tied for 10th on the school list with 11 career 100-yard rushing games, eight of which came in November games the past two years. The former Linganore High School standout scored 18 career rushing touchdowns, including 12 last season, and started 12 career games.

Zwinak became the 14th different Nittany Lion (22 times) to rush for 1,000 yards in a season in 2012, finishing with exactly 1,000 yards after gaining a career-high 179 yards in the Senior Day overtime win over Wisconsin. He graduated with a degree in criminology in May.

The Nittany Lions will enter Saturday?s Big Ten East Division game vs. Maryland with a total of 46 recruited scholarship players available to play, in addition to 17 true freshmen who have not played this season and are likely to redshirt. Six recruited seniors, and 10 overall, will be available to play in the 12 p.m. clash against the Terrapins in Beaver Stadium. The teams will be meeting for the 38th time overall, but the first time since 1993.