Big Ten Mailbag: Why is everybody counting out Nebraska? 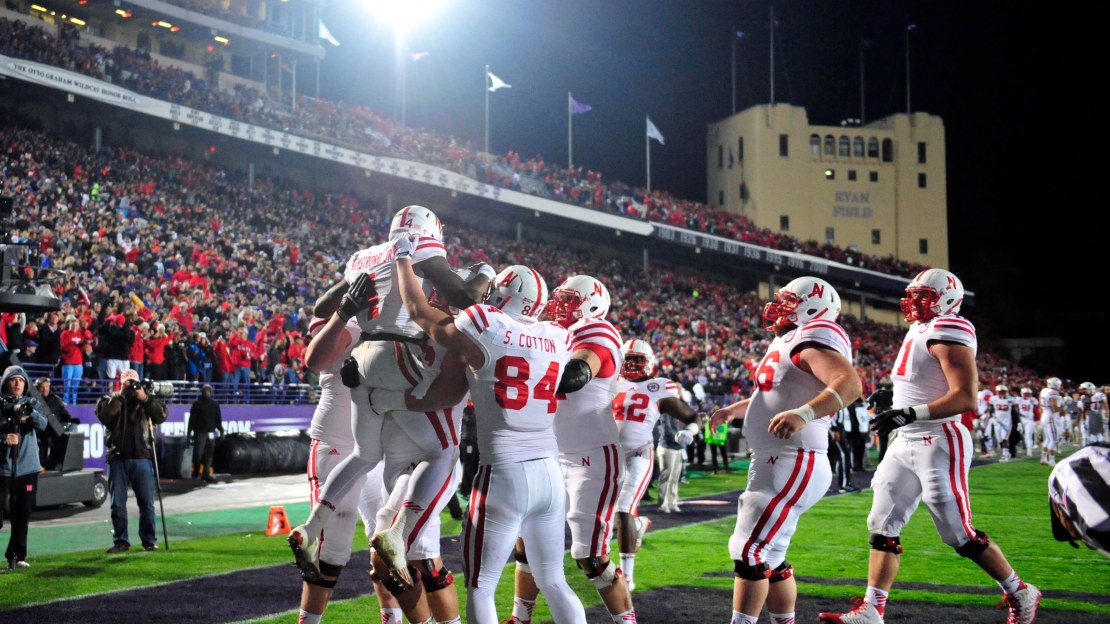 You have questions, and I have answers in my weekly Big Ten Mailbag. Many people were rankled about the officiating in the Ohio State at Penn State game. And rightly so. Well, the league office responded.

But other questions are on the minds of readers, too. Enjoy.

Why is everybody counting out Nebraska? The Cornhuskers can still win the Big Ten championship and everybody seems to be overlooking them. – Jeff Jensen

I am not overlooking the Cornhuskers. In fact, I wrote as much last Saturday.

Yes, Bo Pelini seemed honked off with how his team played on Saturday in a convincing win vs. Rutgers. But I thought the Cornhuskers looked good overall. This team is coming on, especially on the offensive side of the ball, ranking No. 3 in scoring (41.1 ppg) and No. 2 in total offense (514.8 ypg). The defense also is much better than it has been the last two years. No more meltdowns for a group that is No. 4 in the conference in scoring defense (20.4 ppg) and No. 6 in total defense (339.8 ypg). I think this team will win the West. Games at Wisconsin and Iowa loom large, however.

So, do you really think the Gophers could finish 6 -6? Yes, the loss to Illinois wasn't good, and the Gophers have their flaws. But none of their remaining opponents, in my opinion, are the traditional powers they used to be. Minnesota's defense is still strong, and their offense can do enough to win games. I know the Gophers aren't used to success, but 6-6 seems a little extreme. – Paul

Minnesota is 6-2 right now. And it has games left vs. Iowa, vs. Ohio State, at Nebraska, at Wisconsin. The Gophers seemingly would have a good shot to beat Iowa; in fact, Iowa is 1-2 in its last three junkets to Minneapolis. But the Hawkeyes sat on the Gophers last year. The other three games look very daunting. And as for Minnesota?s ?still strong? defense, the unit has been hit pretty hard the last two times out vs. Purdue (38 points) and Illinois (28).

Why do the polls keep ranking the Buckeyes No. 13 every week? – Tracy Evans

Look, it really doesn?t matter where Ohio State is ranked in the AP or coaches poll. Just know this: If the Buckeyes win out and finish 12-1 with a Big Ten title, they will seemingly have a very good shot to earn a playoff spot.

Do you think Purdue can go to a bowl game this year? – Brandon Shockley

The Boilermakers are 3-5 right now, meaning they must win three of their last four games to finish 6-6. The odds are long, with games remaining at Nebraska, vs. Northwestern, vs. Wisconsin, at Indiana. It?s just too bad Purdue let winnable games at home vs. Central Michigan and Iowa slip away, as well as that one-point loss at Minnesota the last time out. Bottom line: Purdue figures to be home for the holidays.

What must the Big Ten do to compete with the SEC? – Ted Murdock

The simple answer: recruit better players. I think the offensive talent between the Big Ten and SEC is pretty even. The big difference between the conferences is on the defensive side of the ball. The SEC has more big, fast players-especially along the line. Ask any coach, and he?ll tell you the most difficult spot to recruit is the defensive line. It?s very difficult to get players who are big AND fast. The SEC has more than any other league.

Props to No. 80 for passing Nate Swift to become Nebraska?s all-time leading pass-catcher last Saturday. Bell has 167 catches. The guy is a stud. In fact, is there a better offensive triumvirate in the Big Ten than Tommy Armstrong, Jr., Ameer Abdullah and Bell?

Congrats to Kenny Bell on becoming the @Huskers all-time leader in receptions. Brought to you by @Buick. http://t.co/pSwek15ZgG

The amount of very good running back in the B1G is ridiculous. I don't ever remember the depth being like this. What say you? – Greg Boomer

Nebraska?s Ameer Abdullah is some running back! I can't see how anybody can stop him the rest of the year. I'm a Hawkeye, but the matchup between Abdullah and Wisconsin?s Melvin Gordon should really be something. – John

No doubt. In case you were wondering, the Huskers visit the Badgers on Nov. 15. Who will win this ?battle of the stud running backs??

If (a big "if") Wisconsin gets in the Big Ten championship and somehow beats Michigan State (sorry, OSU) to win out and finish 10-2, would that shut out the Big Ten from the Rose Bowl and the playoffs? – Rob Wezilasnout

Yes, that would shut out the Big Ten from the new four-team playoff. No way a two-loss Big Ten champ would make the playoff. And Wisconsin would not go the Rose Bowl since it?s serving as a national semifinal playoff game this year. The Badgers would be shuffled off to the Fiesta, Peach or Cotton Bowls. Those are the only possibilities for the Big Ten champ if it isn?t in the playoff.