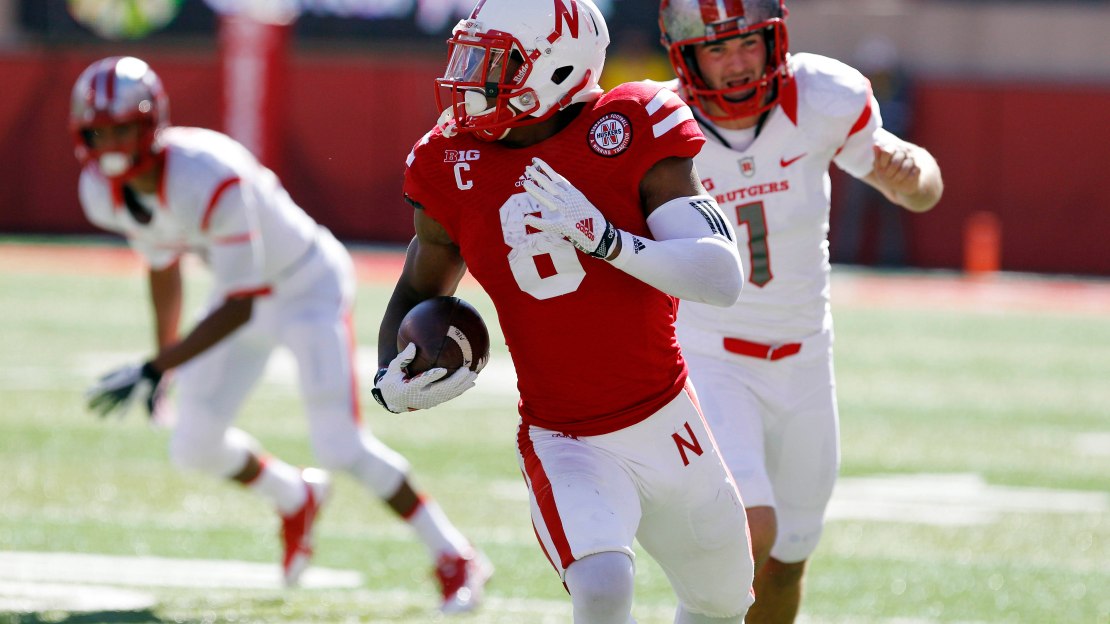 Week 9 of the Big Ten season included close games, blowout games, an upset, and plenty of exceptional individual performances on both sides of the ball.

1. Ameer Abdullah, RB, Nebraska. The Huskers' star running back continues to make his case for being a Heisman Trophy finalist this season. Abdullah totaled 341 all-purpose yards in a 42-24 victory over Rutgers, which set a new school record. His 225 rushing yards marks the fourth time this season Abdullah has topped the 200-yard mark on the ground. When it comes to college football running backs, this guy is as good as it gets.

2. Mike Hull, LB, Penn State. Penn State's talented senior linebacker had a career day on Saturday. Hull recorded a career-high 19 tackles, in addition to adding a sack and an interception in Penn State's 31-24 loss to Ohio State. He has established himself as being one of the top defensive standouts in the conference this season.

4. Jeremy Langford, RB, Michigan State. This guy must live by the old saying of "big-time players make big-time plays in big-time games." Langford has now topped the 100-yard mark for the 12th straight game against a Big Ten opponent. The Spartans' talented back carried the ball 35 times for 177 yards and three touchdowns in MSU's 35-11 win over in-state rival, Michigan. Langford has now recorded back-to-back games with three rushing touchdowns for the first time in his career.

ICYMI: Check out @MSU_Football Jeremy Langford's three TDs against the Wolverines! Brought to you by @Buick. http://t.co/jB0ASn9lbd

5. Melvin Gordon, RB, Wisconsin. Gordon was phenomenal in Wisconsin's 52-7 rout of Maryland on Saturday. The Heisman hopeful back carried the ball 22 times for 122 yards and three touchdowns, all of which came in the first half. Gordon has now rushed for 120-or-more yards in six of the Badgers' seven games this season. What a talent.

6. T.J. Neal, LB, Illinois. This guy was all over the field in Illinois' 28-24 win over Minnesota on Saturday. Neal recorded a career-high 12 tackles, 2.5 of which were a loss, and forced a fumble that V'Angelo Bentley returned for the game-winning touchdown. The win ended a three-game losing streak for Neal and the Fighting Illini.

7. David Cobb, RB, Minnesota. After getting off to a slow start, Cobb had an outstanding second half in Minnesota's 28-24 loss to Illinois. The Gophers' senior back carried the ball 22 times for 118 yards and two touchdowns in the game. This guy continues to cement his name as one of the top running backs in the country.

8. Joey Bosa, DE, Ohio State. Bosa was a force all night for Ohio State's defense. The sophomore defensive end recorded six tackles and 2.5 sacks, including the final one of the game, which sealed the 31-24 victory for Ohio State over Penn State in double-overtime. This guy is a special player.

Didn't think @OhioStAthletics Joey Bosa could impress us more, but this walk-off sack did just that. http://t.co/ZCl1zA8Drf

9. Taiwan Jones, LB, Michigan State. MSU's defense was outstanding on Saturday, and the leader of the group was senior linebacker Taiwan Jones. He was all over the field, recording eight tackles, two of which were for a loss, an interception, a pass breakup and a sack in the Spartans' 35-11 blowout win over Michigan. Jones and the MSU defense held the Wolverines to just 186 yards of total offense in the victory.

10. Leonte Carroo, WR, Rutgers. Carroo continues to put up huge numbers this season. Rutgers' talented wideout hauled in five catches for 127 yards and a touchdown in the Scarlet Knights' 42-24 loss to Nebraska on Saturday. Carroo now has four 100-plus yard receiving games this season. That's impressive.