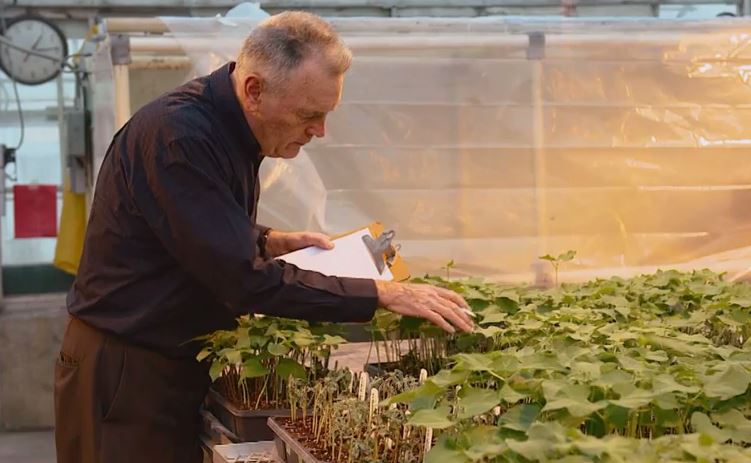 As we all know from the classic childhood rhyme, beans are good for your heart. But they're also a dietary staple for hundreds of millions of people around the world. Elementary school poems notwithstanding, they're a serious subject.

"Beans have been a huge part of my life," he said. "They're a fun crop to work with in terms of making changes and improving plant architecture [and] disease resistance."

And, he adds, they're just "great food."

"I love the wide array of dishes that we can prepare with black beans, red beans, pinto beans," Kelly said. "And they're good for you."

Much of the work done by Kelly and his team over the past decade involved introducing new varieties of beans to countries where they're a nutritional cornerstone. The most notable example of this is MSU's project in Rwanda.

"They consume something like 10 times the beans in Rwanda that we consume here in the U.S.," he said. "It's a cash crop. For the agricultural economy, it's very, very important. They lost many of their varieties during the genocide, and those had to be reintroduced. Also, when you introduce new varieties, you have to introduce ones that are better adapted, more productive, and more tolerant to diseases and stressful conditions like drought."

"With new varieties, the country is now self-sufficient in bean production. In fact, they're able to export beans to neighboring countries like Uganda and Kenya. [And] Rwanda is unique in that they produce and consume so many beans that their general health is better than neighboring countries, which rely more on cereal crops for their major sustenance. There's poverty, but when you drive around, you see children that appear to be reasonably dressed and well-fed, and they're going to new schools."

To see more on how Kelly and MSU are making an impact, watch the 1-minute video from BTN LiveBIG above the post.